A major snowstorm blanketed parts of Romania and Ukraine on November 13, 2016, causing traffic disruptions across the affected areas.

The worst of the storm affected northern Romania and western Ukraine as over 20 cm (8 inches) of snowfall was reported to fall on the evening of November 13 (local time). According to some reports, certain areas reported between 40 and 50 cm (15.7 and 19.7 inches) of snow. 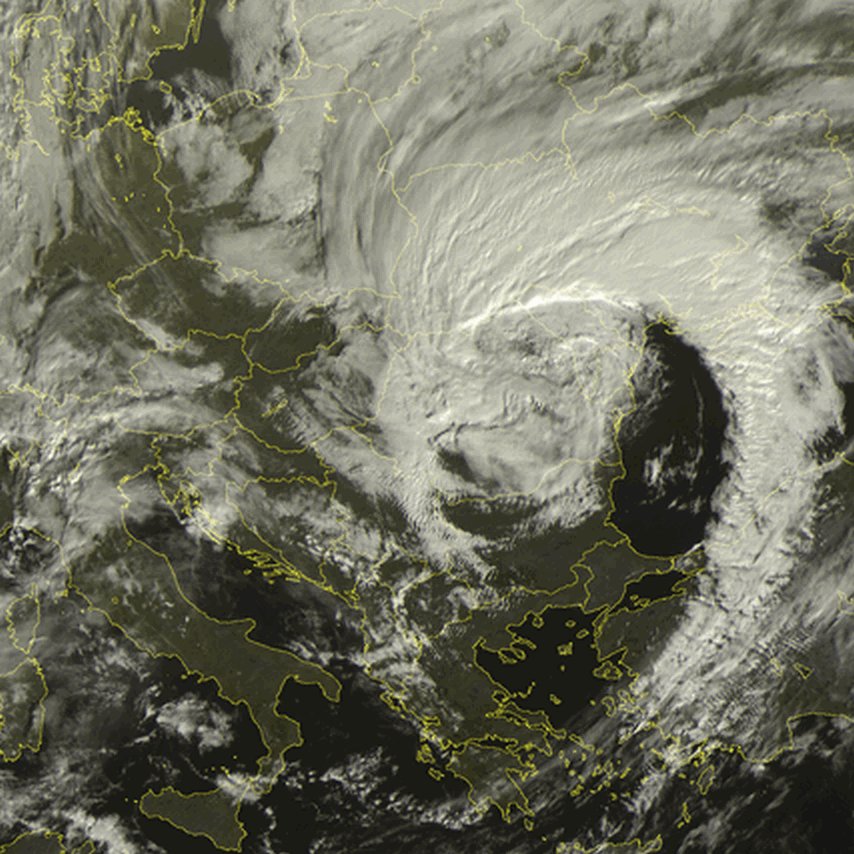 Satellite view of the cyclone that caused blizzard conditions across parts of Ukraine and Romania, November 13, 2016. Image credit: EUMETSAT (via Severe Weather Europe)

More moderate to locally heavy snowfall has been predicted to affect central and eastern Ukraine during the morning of November 14. The snowstorm will also spread to portions of southern Russia but is expected to stop by the end of the day. The snowstorm will be accompanied by strong winds which may cause snow drifts, locally up to one meter (3 feet) deep. Such conditions will likely cause reduced visibility and dangerous driving conditions.

It is expected that numerous roads will be forced to close down, especially in the western and northern Ukraine. An intense snowstorm is also expected to cause widespread power outages across the affected regions.

Thick fresh snow this mornin in Kalush, Ukraine. The area is affected by a strong low, with blizzard conditions. Photo via The storm pic.twitter.com/dwbwasQute

Problems on the Tihuța Pass, Romania this afternoon due to snow (and possibly improper tyres?). Video: Ioannhs Papal pic.twitter.com/vQ1qaRGClW

The cold air will remain in place over the area following the storm's passage, causing below average temperatures throughout the next week.