After making landfall near Les Anglais in western Haiti at 11:00 UTC on October 4, 2016, with maximum sustained winds of 230 km/h (145 mph) and gusts to 278 km/h (172 mph), Matthew slowed down, made a second landfall on the eastern tip of Cuba around 00:00 UTC today, crossed the island and is now expected to pass directly over the Bahamas on its way toward Florida. Matthew is a slow-moving Category 3 hurricane now which means days of strong winds and heavy rain for the Bahamas. Model tracks continue to push the system closer to the United States and a direct impact can't be ruled out.

Category 4 Hurricane "Matthew" left a trail of destruction as it moved over Haiti, one of the world's poorest countries. It was the strongest hurricane to make landfall over Haiti since Cleo of 1964. Both of them made landfall in the same location.

First reports mention 3 deaths in Haiti and 4 in the Dominican Republic, but the death toll is expected to rise as the authorities assess the extent of the damage.

"We've already seen deaths. People who were out at sea. There are people who are missing. They are people who didn't respect the alerts. They've lost their lives," Interim Haitian President Jocelerme Privert said.

Southern Haiti has been cut off from the country after the bridge, linking it to the capital, Port-au-Prince, collapsed. Authorities said it will be very difficult to find an alternative route.

Coastal communities were flooded, with many houses destroyed.

In the port town of Les Cayes (population 70 000), the situation was described as catastrophic, BBC reported. Its mayor posted the following video:

First reports from Cuba mention it did not get hit as hard as Haiti. At the time of landfall, it had maximum sustained winds of 220 km/h (140 mph). This made it a Category 4 hurricane on the Saffir-Simpson Hurricane Wind Scale.

Later today, Matthew will turn toward the northwest and be moving directly over the Bahamas. NHC expects Matthew to remain a major hurricane all the way to Florida (00:00 UTC on October 7).

In addition to powerful winds, Matthew is also producing extreme amounts of rain. 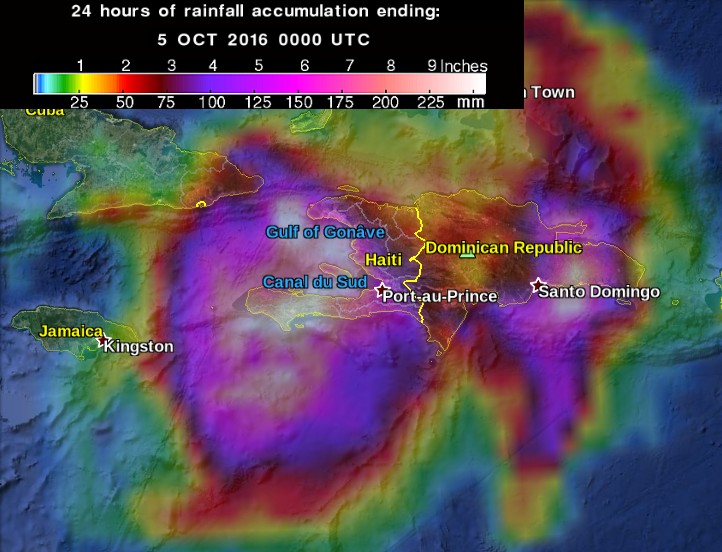 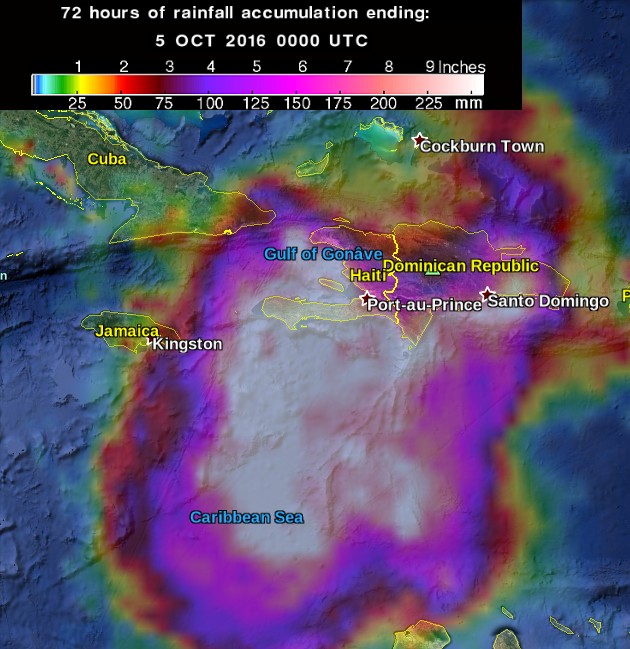 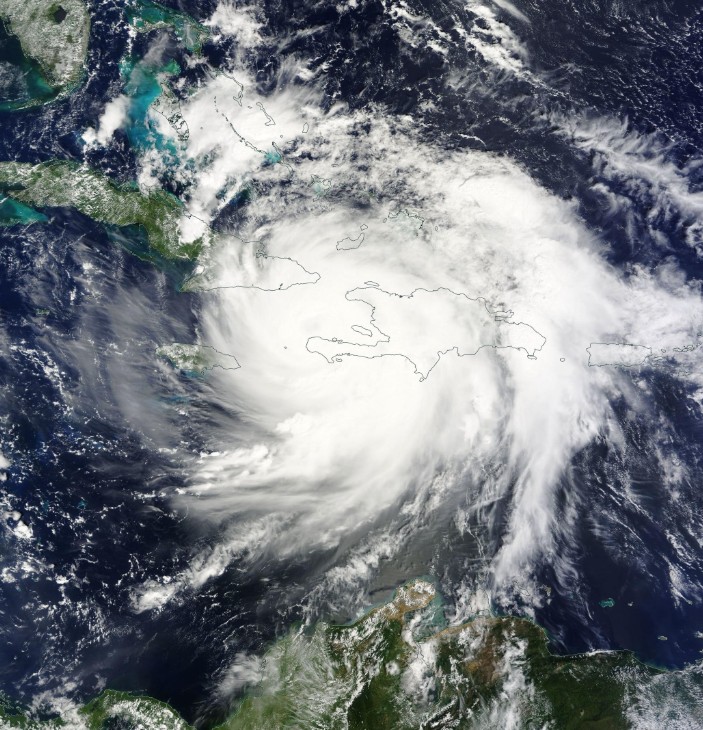 Swells generated by Matthew will continue to affect portions of the coasts of Hispaniola, eastern Cuba, and the Bahamas during the next few days. These swells are likely to cause life-threatening surf and rip current conditions.

The combination of a dangerous storm surge and the tide will cause normally dry areas near the coasts to be flooded by rising waters moving inland from the shoreline.

There is a danger of life-threatening inundation during the next 36 hours along the Florida east coast from North Palm Beach to the Sebastian Inlet.

There is the possibility of life-threatening inundation during the next 48 hours from Sebastian Inlet to the Flagler/Volusia county line.

It is not out of the question Matthew could strike Florida’s East Coast as a Category 3 or stronger hurricane late Thursday or Friday. This would end a record-long streak of more than a decade in which the U.S. has avoided a landfalling hurricane so strong.

Matthew may then charge up the Southeastern coast toward the Mid-Atlantic into the weekend – although there’s a chance it meanders offshore the Southeast rather than turning north.

South Carolina Governor Nikki Halley said a complete evacuation of the state's coast would be necessary Wednesday, October 5, which would involve 1.1 million people.