EMSC estimated there are about 30 million people living in the felt area.

KMA official Yoo Yong-Gyu said: "It was the biggest quake ever to hit the country." Young-Gyu added the tremor was felt all across the country. South Korea started measuring earthquakes in 1978.

Two people have been reported injured, Young-Gyu said, citing data from emergency rescue authorities. One elderly woman was injured by her television that fell from its mounting.

The Yonhap news agency said minor cracks appeared in some buildings, but no major damage was reported.

The previous record in the South Korea was a M5.2 that hit the sea off the southeastern port of Uljin in 2004 and a quake of equal magnitude in the eastern mountainous region of Sokri in 1978.

The government has ordered people in the quake-hit areas to evacuate to safe areas, the Korea Times reported.

Nuclear power plants near Gyeongju are operating normally, according to Korea Hydro and Nuclear Power. A liquefied natural gas-fueled power station in Ulsan, 26.9 km (16.7 miles) SSW, was shut down in the wake of the quakes.

Busan International Finance Center said it evacuated most people from its 63-story building as a precautionary measure. As people in the affected areas called their family and friends, some regions had communication disruptions, including on KakaoTalk.

The Korea Times added that the experts speculate the Korean Peninsula is no longer in the "safe zone." "If an earthquake with magnitude 6 or above hits Korea, mass casualties are possible because many buildings are not built to withstand temblors." 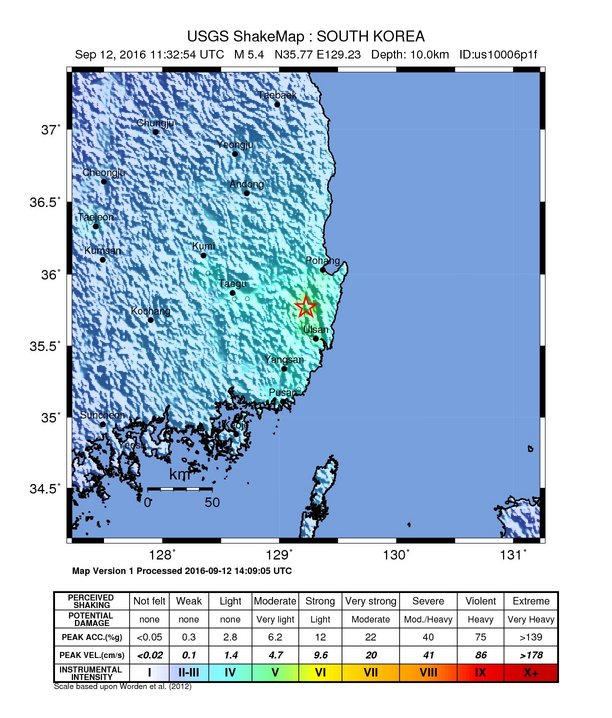 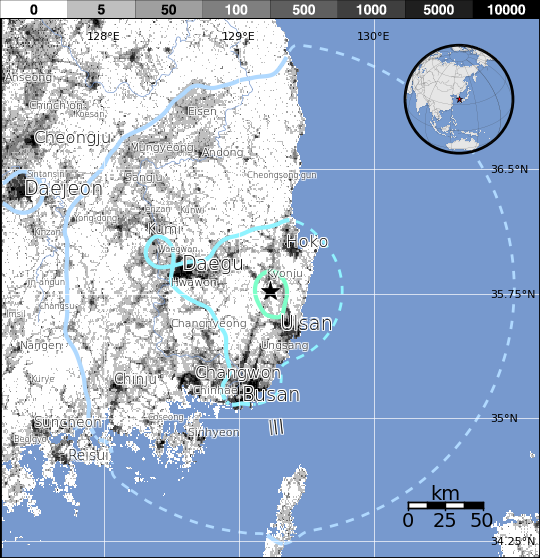 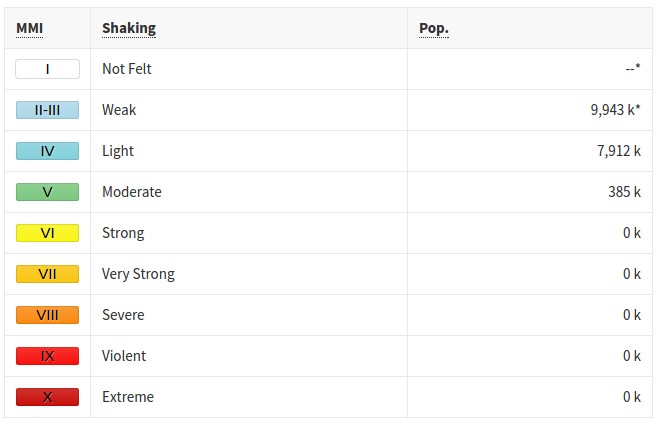 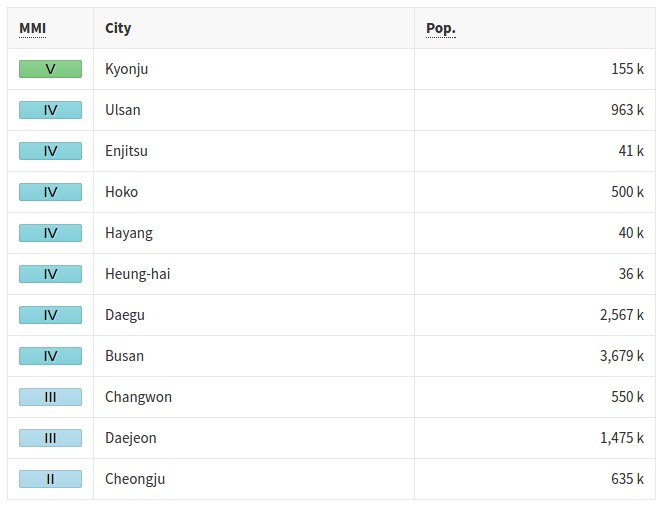