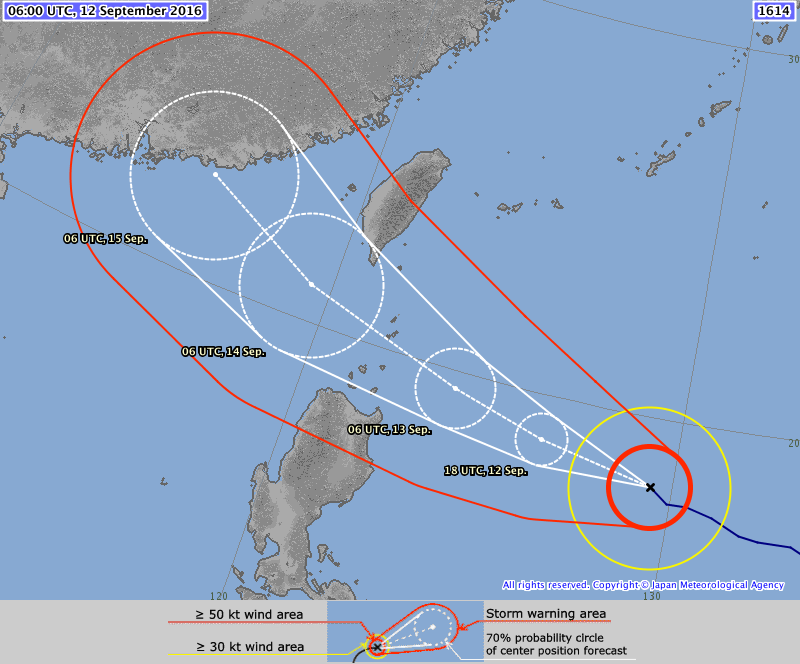 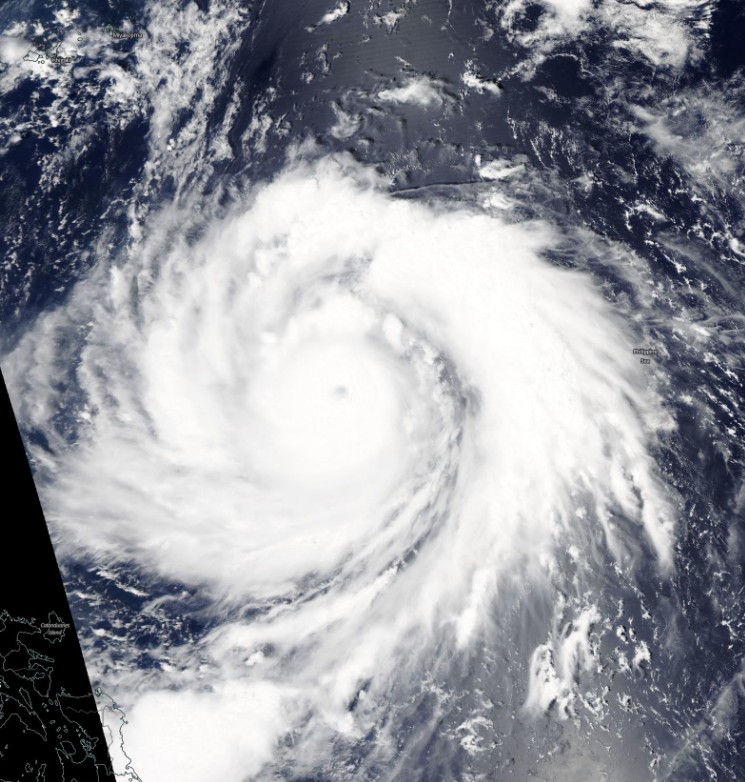 As per JTWC, Meranti should peak by 12:00 UTC on September 13 with maximum sustained winds of 250 km/h (155 mph) and gusts to 305 km/h (190 mph). This would place Meranti on the edge of Category 4 and 5 hurricane equivalent – a super typhoon. The system will then weaken as it approaches Taiwan and tracks just south of its mountainous terrain.

Category 4 and 5 hurricanes pose a threat for catastrophic damage to the impact area. Well-built framed homes can sustain severe damage with loss of most of the roof structure and/or some exterior walls. Most trees would be snapped or uprooted and power poles downed. Fallen trees and power poles would isolate residential areas, with power outages lasting weeks to possibly months. Most of the impacted area will be uninhabitable for weeks or months.

In their Prognostic Reasoning published 03:00 UTC today, JTWC said that a rapidly-consolidating low-level circulation center with spiral bands are wrapping into a 5-nm (9.3 km / 5.8 miles) pinhole eye. "Therefore, there is excellent confidence in the current position and recent track motion."

Over the next 72 hours, JTWC said, Meranti will track generally west-northwestward under the steering influence of the deep-layered subtropical ridge. However, after the next 48 hours, the model trackers diverge with significant uncertainty in the exact track near Taiwan.

After 72 hours, the dynamic model guidance diverges with two distinct clusters. The first cluster of models (UKMET, ECMWF, GFDN, and NAVGEM) have remained quite erratic and have now shifted from a re-curve track back to a more westward track into southeast China.

Analysis of available model fields indicates that these models are driving the system into the major trough rather than tracking it poleward toward the weakness in the subtropical ridge as the second cluster depicts.

"This scenario is currently assessed as unlikely / erroneous, therefore, the JTWC forecast favors the re-curve scenario as depicted by the second cluster of models (GFS, GFS ENSEMBLE, HWRF, JGSM ENSEMBLE, and COAMPS-TC). Meranti is forecast to make landfall along the southeastern coast of Taiwan near TAU 48 and will weaken significantly. The system will weaken further as it tracks over eastern China. Due to the large model spread beyond 48 hours, there is low confidence in the JTWC track forecast." 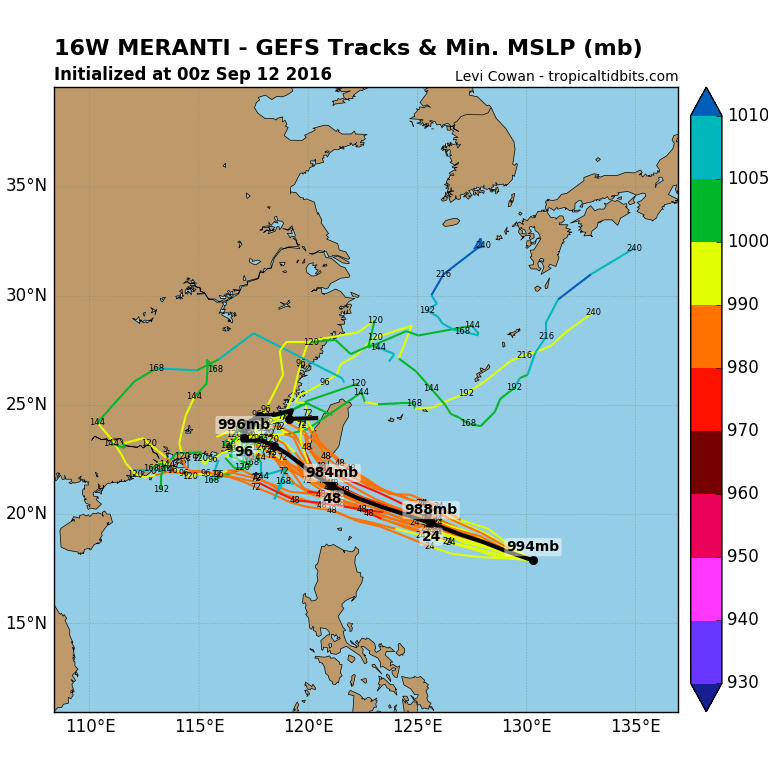