More than 100 people have been injured and sought medical assistance. Most were injured while trying to leave their homes in panic. According to the MIA news agency, three people have been hospitalized, including a woman who fell off the first-floor terrace. Some of those who have been injured "admitted this would not have happened had they not panicked," Serbian B92 reported. 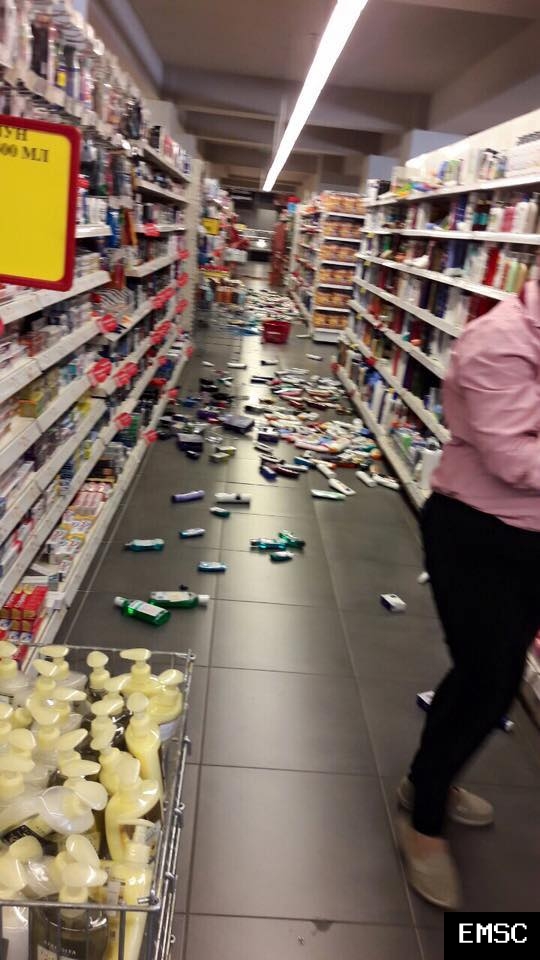 Seismologist Dragana Cernić of the national seismological observatory said she had received reports of cracks in the walls of buildings or collapsed chimneys, as well as damage to roofs in villages around Skopje. "The quake was felt throughout the country," Cernić added.

Parts of Skopje were without power and some mobile phone providers were down.

Many residents said they were terrified and stayed on the streets or in parks fearing to return to their homes. 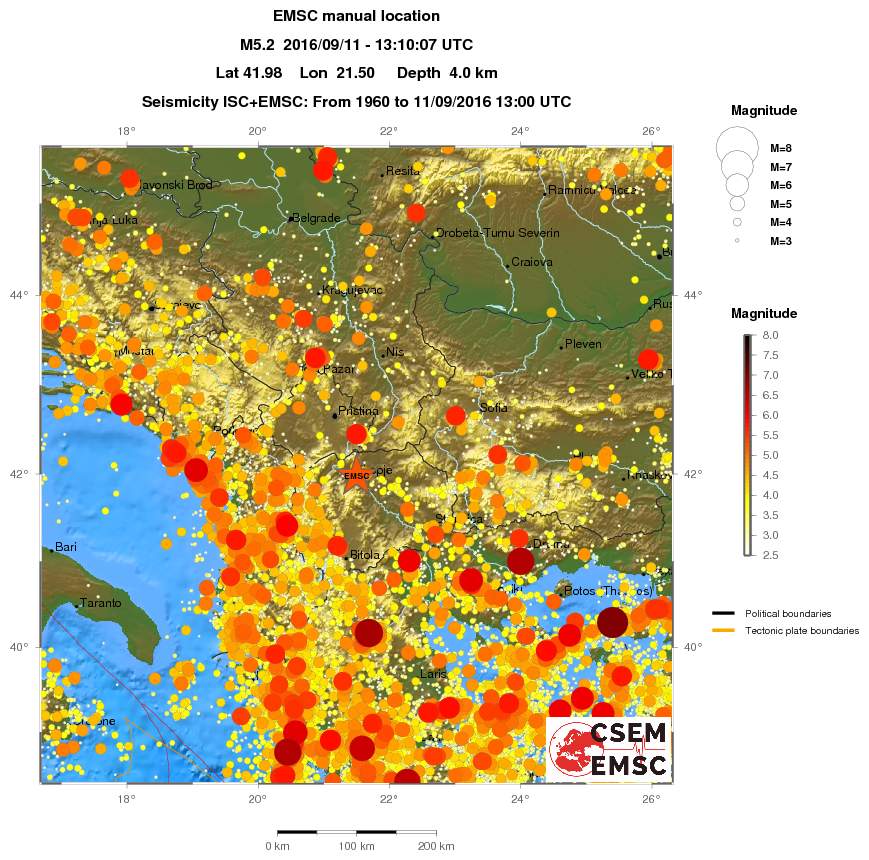 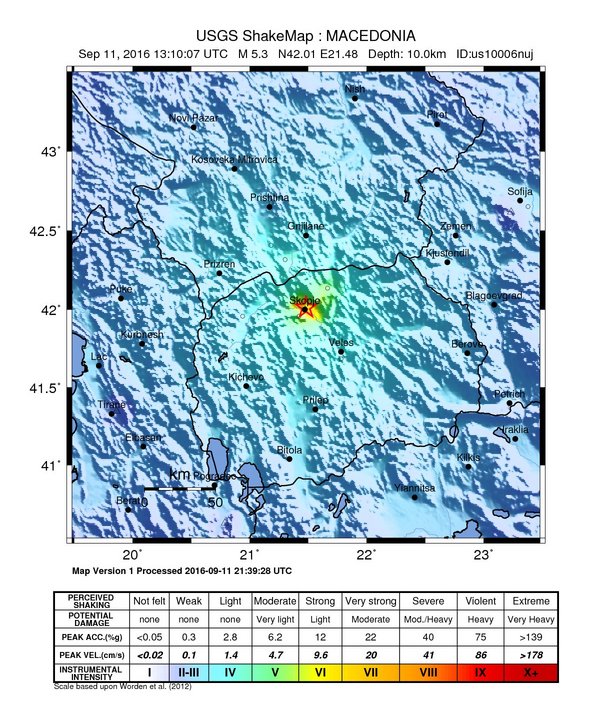 Overall, the population in this region resides in structures that are a mix of vulnerable and earthquake resistant construction. The predominant vulnerable building types are unreinforced brick with mud and mud wall with wood construction. 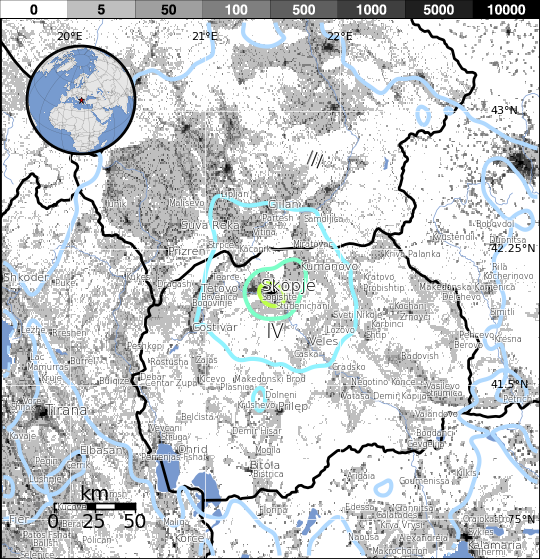 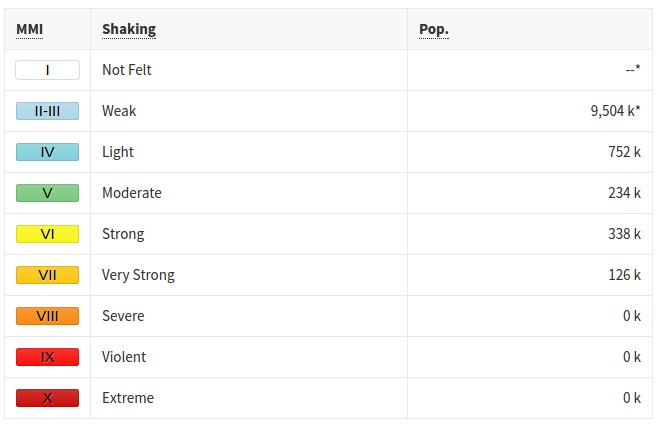 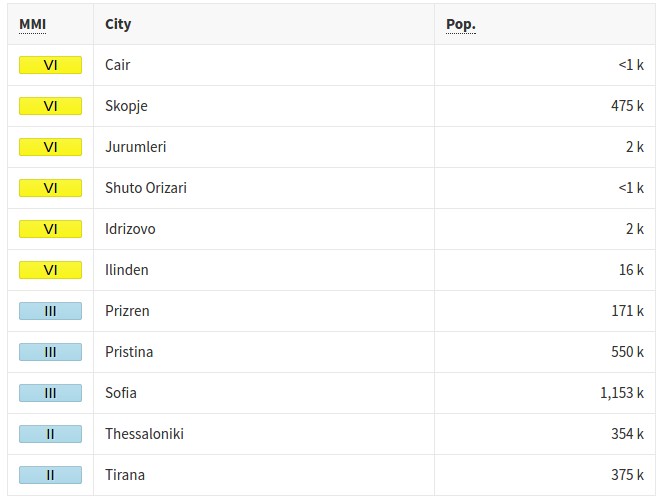 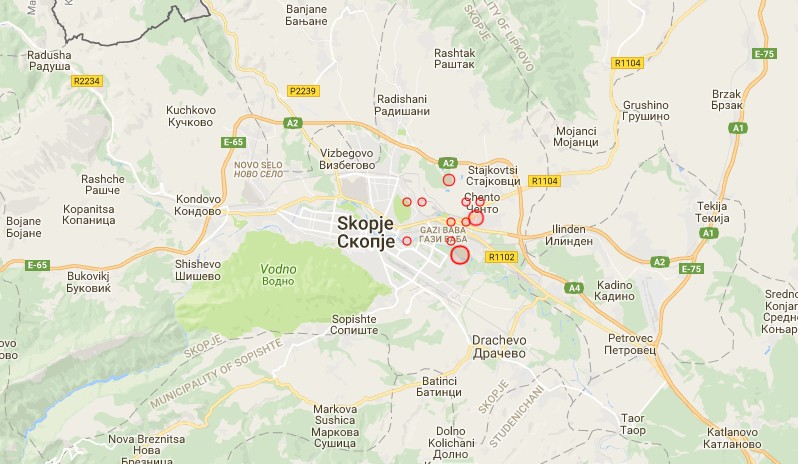