The level of volcanic activity at New Zealand's White Island volcano has increased on September 13, 2016, with minor volcanic ash passively emitted from a vent on the 2012 lava dome. GNS has raised the Volcanic Alert Level from 1 to 3 (of 5). The Aviation Colour Code is changed from Green to Orange.

The current activity is minor," GNS Science duty volcanologist Steve Sherburn said at 00:15 UTC (12:15 NZST) today. "We are unsure of the implications for visitor safety."

In his 03:15 UTC (15:15 NZST) update, Sherburn said: "As far we can tell from our monitoring data there has been no escalation in the level of activity at White Island since late morning. Seismic activity remains low on the island. Some of our cameras are now been affected by ash and steam, so we may not see much from them in the short term."

The ash is visible on a NZ Metservice visible satellite image, which shows a plume extending offshore of East Cape. Any ash fall will follow wind direction and is likely to be blown offshore over the next day. 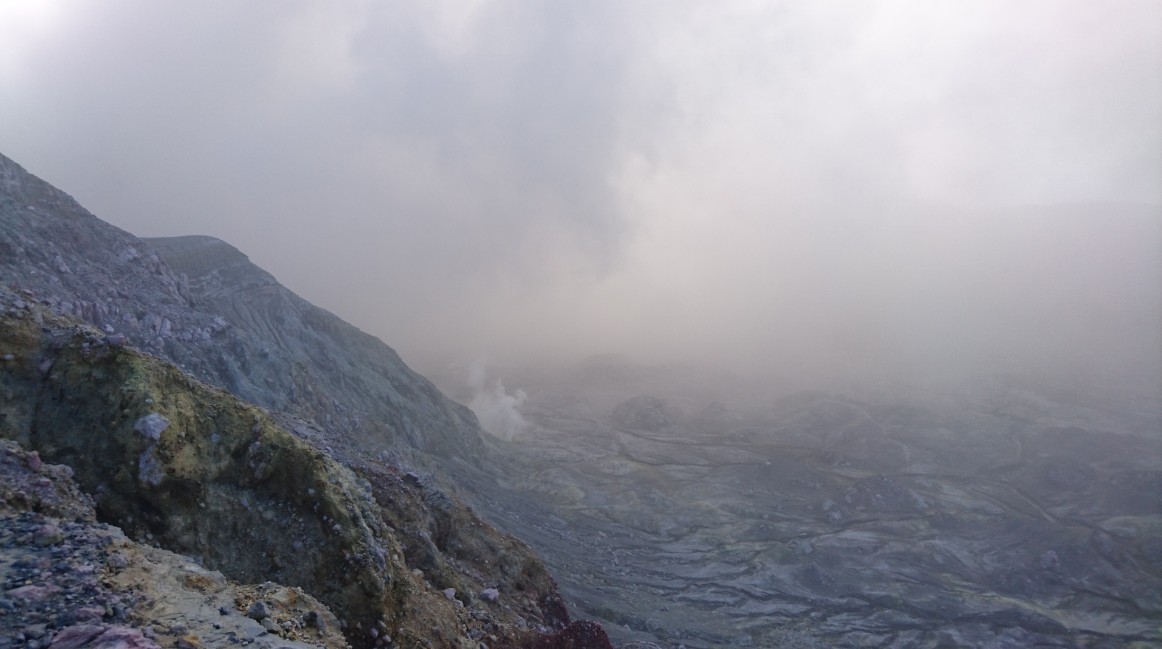 Ash plume as seen from the south side of the island, September 13, 2016. Credit: GNS 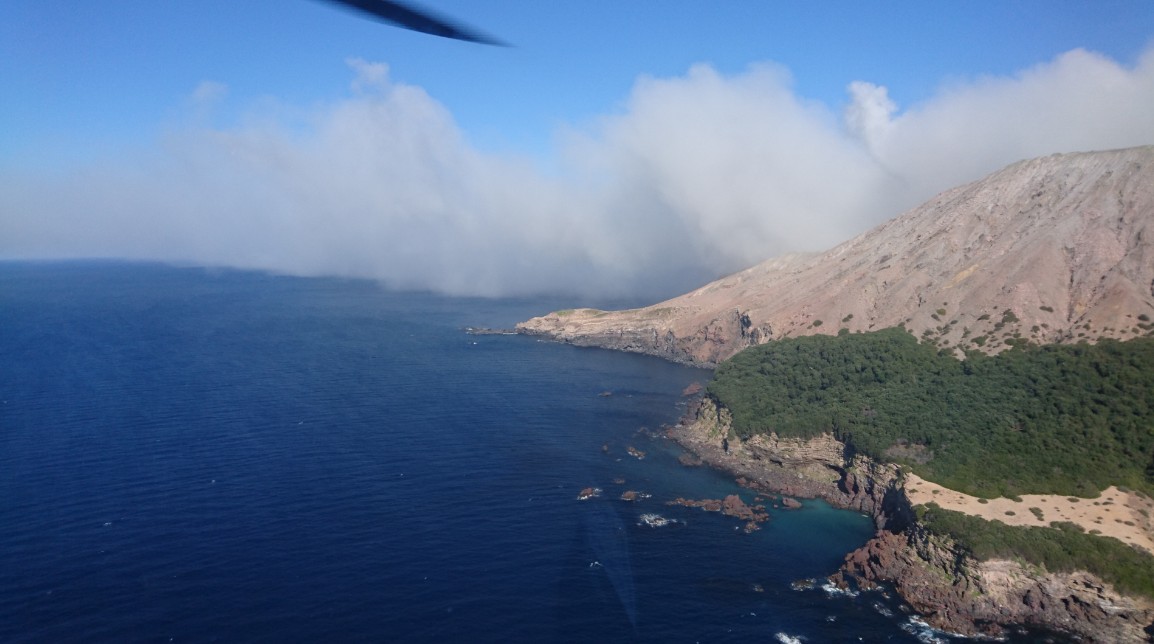 Ash plume as seen from the north side of the island, September 13, 2016. Credit: GNS 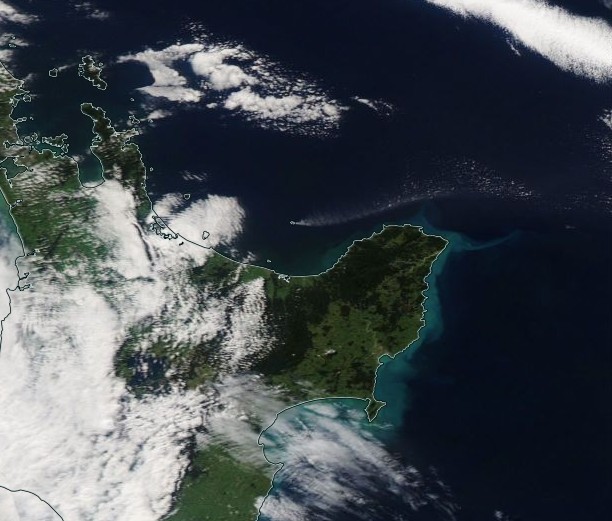 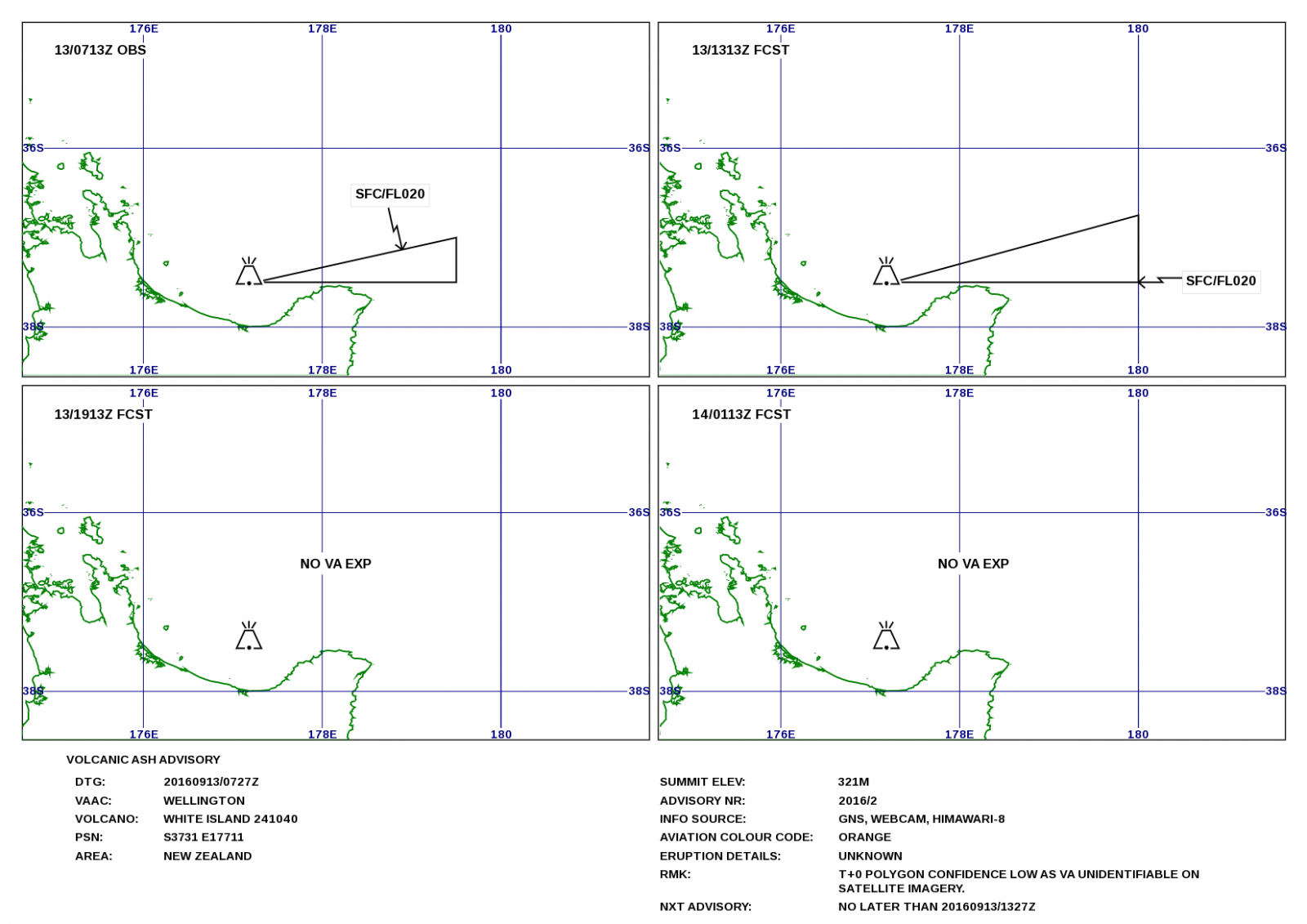 GNS' staff visited the volcano last week to continue their routine monitoring and complete reinstating the leveling and magnetic networks. The staff has also collected thermal IR images of the lava dome area, measured the Crater Lake level and temperature and fumarole temperatures.

Observations during that visit confirmed the Crater Lake is reforming and growing. The April 27 eruption removed about 13 – 15 m (42 – 49 feet) of lake floor sediments and the new lake is forming at a lower level on the floor of the crater. The lake is currently about 28.4 m (93.2 feet) below the overflow level. The water level has risen about 3 m (9.8 feet) since May 19 and the lake temperature has decreased as it gets larger. The temperature is now 52 ºC (125.6 ºF). The lake is now a light lime green color, having changed from a milky gray shortly after the April eruption.

Many of White Island's survey pegs were sheared off or broken by the April eruption. This has had implications for the regular surveys they do like leveling, magnetics, and soil gas flux. The pegs are now reinstalled and first observations were made last week. 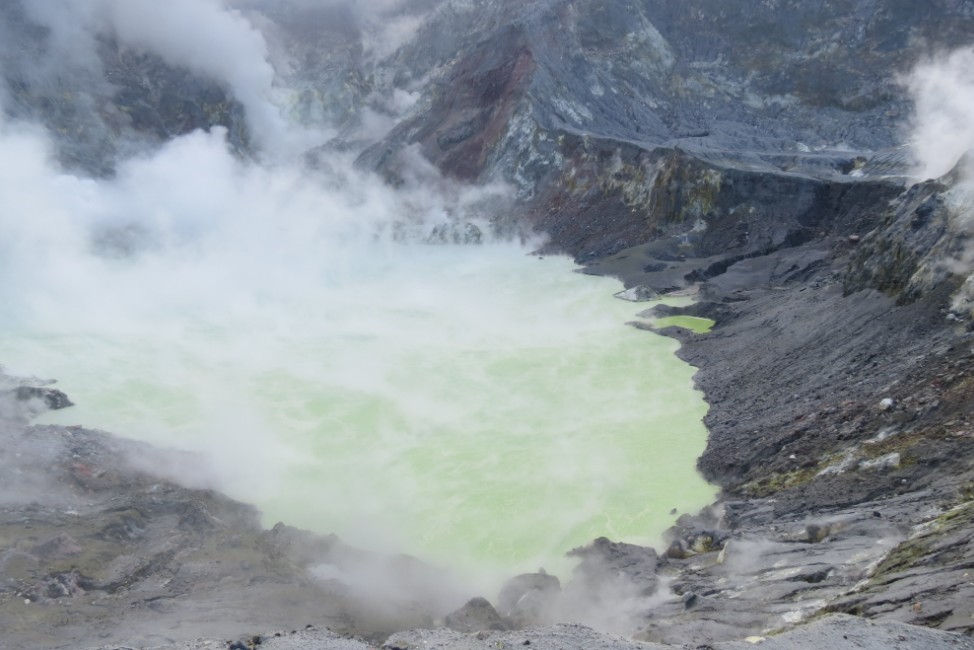 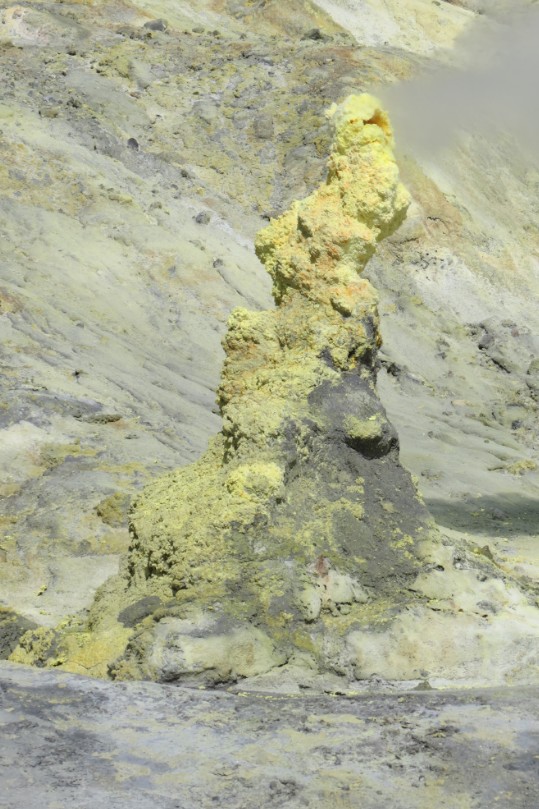