EMSC received more than 700 reports minutes after the M3.1 earthquake today, saying this is probably their record number of testimonies for such a small earthquake. 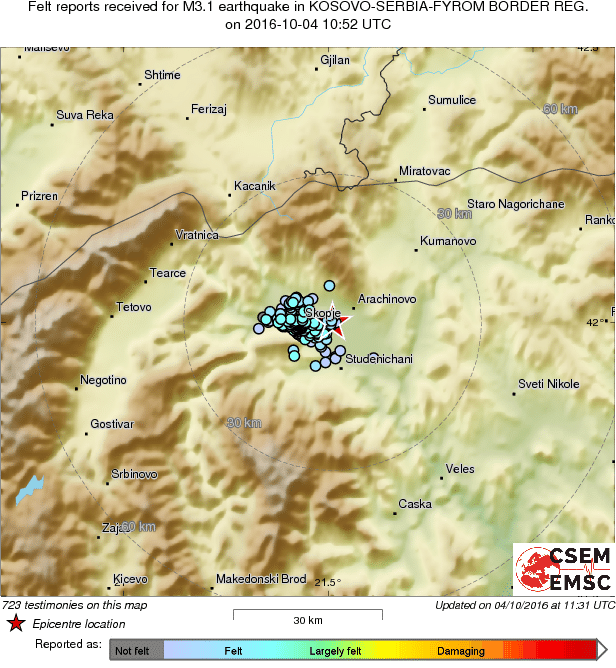 The devastating Skopje earthquake of 1963 explains why the public interest is so high.

This article explains what to do before and during big earthquakes.