Tropical Storm "Malou" has formed early Tuesday, September 6, 2016, following the gradual development of a low pressure area off of the monsoonal trough northeast of Luzon, Philippines. The system is already bringing flooding rain to Okinawa.

"This storm is still not very good looking compared to what a standard typhoon looks like for this region, but it contains a lot of moisture which makes it dangerous," Meteorologist Robert Speta of the NHK and WestPacWx said.

The system is moving to the northeast at 26 km/h (16.1 mph). Malou's minimum estimated central pressure at the time was 1 000 hPa. 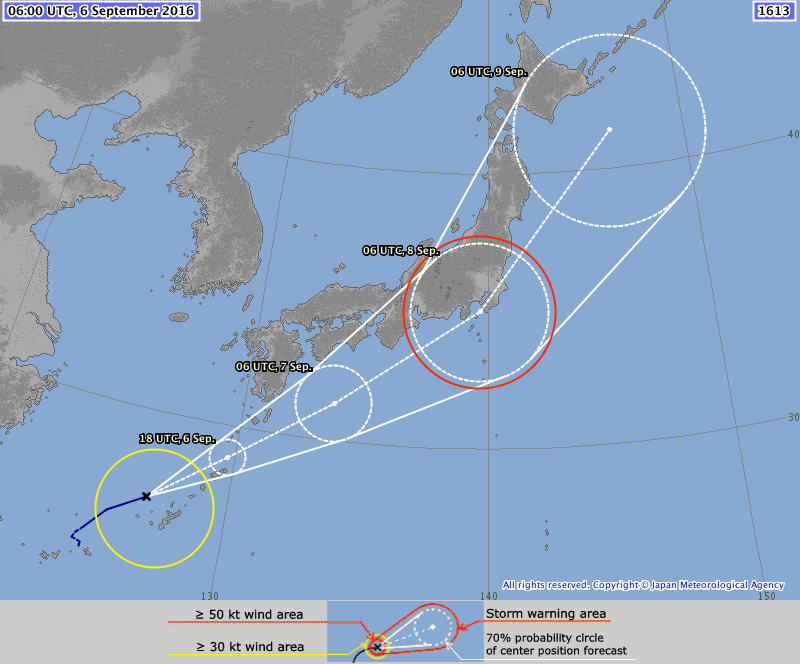 According to Speta, flooding is possible in Okinawa and people commuting around the island through the coming day should be aware of the hazards with this storm including low-lying flooding and short time wind gust within the stronger cells embedded within in the storm. The worst of the storm is expected to roll over Okinawa Honto Tuesday evening through the overnight hours before gradually improving Wednesday.

"The long range track of Malou also shows the storm skirting the coast of Mainland Japan later this week. The intensity stays below typhoon threshold but with this being the 5th storm to hit the country in only a few short weeks the probability of flooding is heightened," Speta said.

See his analysis and forecast in the video below: