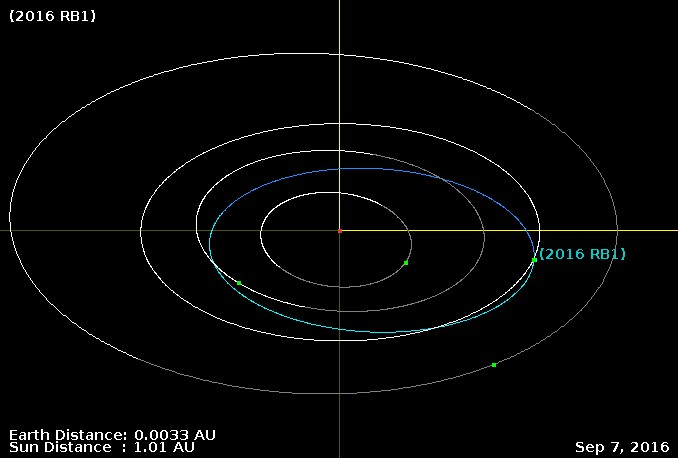 At the moment of its closest approach, around 17:12 UTC tomorrow, 2016 RB1 is expected to flyby Earth at a relative speed of 8.1 km/s. The orbit uncertainty estimate for this object is 8 (on a scale of 0 – 9), highly uncertain.

This Aten class asteroid was first observed by Mt. Lemmon Survey on September 5, 2016.

At the flyby time, the asteroid will be visible from the southern hemisphere only, Gianluca Massi of The Virtual Telescope Project said. He managed to track the object on September 6 and take several images.

asteroid #2016RB1 coming exceptionally, but safely at 40.000km from us in less than one day. https://t.co/WJq2mlvId9 pic.twitter.com/RhW5gOArdj