Tropical Storm "Earl" formed on August 2 in the Caribbean Sea, near Jamaica, as the fifth named tropical cyclone of the 2016 Atlantic hurricane season. Earl is the fifth named storm to form in the western Caribbean (10-20°N, 90-75°W) during August in satellite era (since 1966) and the earliest fifth Atlantic named formation since Ernesto on August 2, 2012. Before the storm got its name, it already claimed lives of at least 6 people. Earl is expected to pass near the Honduras Bay Islands on its way to Belize. Earl's heavy rains could resultThese rains could result in life-threatening flash floods and mudslides.

A Hurricane Watch is in effect for Punta Allen southward to the Belize/Guatemala border.

Earl is moving to the west and this general motion is expected to continue through Thursday, August 4. On this track, the core of Earl is expected to pass just north of the Honduras Bay Islands on Wednesday, August 3 and then be very near the Belize coast on August 4.

Some strengthening is forecast, and Earl could be near hurricane strength as it approaches Belize and Yucatan peninsula.

Tropical-storm-force winds extend outward up to 150 km (90 miles) to the north of the center.

Tropical storm conditions are expected to first reach the coast of Honduras by late tonight (EDT), making outside preparations difficult or dangerous, and will reach Mexico and Belize within the warning area by Wednesday night or early Thursday (EDT). Hurricane conditions could begin in Mexico and Belize within the hurricane watch area Wednesday night or early Thursday.

Earl is expected to produce an additional 51 to 102 mm (2 to 4 inches) of rainfall over Jamaica. Total rain accumulations of 203 to 305 mm (8 to 12 inches) are expected over portions of Belize, Honduras, Guatemala, and the Yucatan peninsula of Mexico, with possible isolated maximum amounts of 406 mm (16 inches) in Mexico and Belize. These rains could result in life-threatening flash floods and mudslides.

A storm surge will raise water levels by as much as 60 – 120 cm (2 to 4 feet) above normal tide levels along the immediate coast of Belize and the eastern Yucatan peninsula to the north of where the center makes landfall. Near the coast, the surge will be accompanied by large and damaging waves, NHC said. 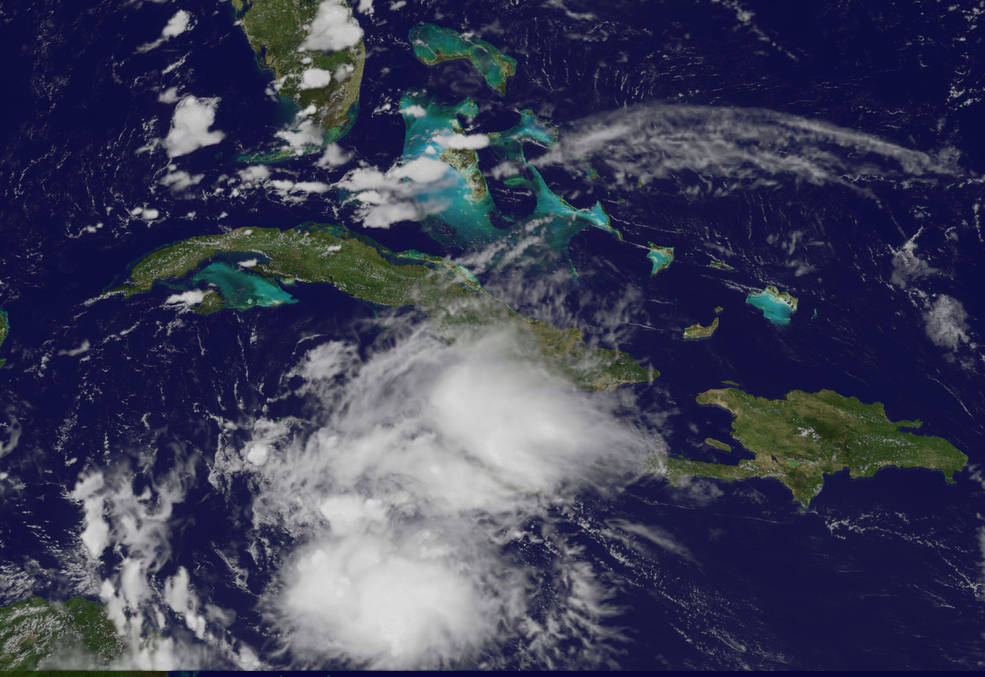 NOAA's GOES-East satellite captured a visible image of Earl at 17:30 UTC on August 2 (above). The image showed that an area of deep convection (rising air that forms the thunderstorms that make up a tropical cyclone) is forming near or over the center.