A strong tropical wave over the central Caribbean Sea, System 97W – centered about 440 km (275 miles) ESE of Kingston, Jamaica at 18:00 UTC, continues to move quickly westward, toward Central America, at about 32 km/h (20 mph). It has 80% chance of developing into a tropical storm over the next 48 hours. If it reaches that strength, it will be named Tropical Storm "Earl".

Heavy rains produced by the strengthening storm has already claimed lives of 6 people in the Dominican Republic on Sunday, July 31 (local time).

The storm was moving south of the country, knocking down power lines Sunday near the northeastern town of Nagua and started a fire that killed six passengers on a bus filled with people returning from a beach excursion, AP reports. At least 12 others on board were injured, according to Diego Pesqueira, a spokesman for the Metropolitan Transportation Authority.

The Associated Press article added that conditions from the system might have also caused a tour boat to overturn near the Samana Peninsula on Sunday.

"Authorities recovered the bodies of three people and said four others were still missing. Military spokesman Arsenio Maldonado said a small craft advisory was in effect at the time but a cause of the incident has not yet been determined." 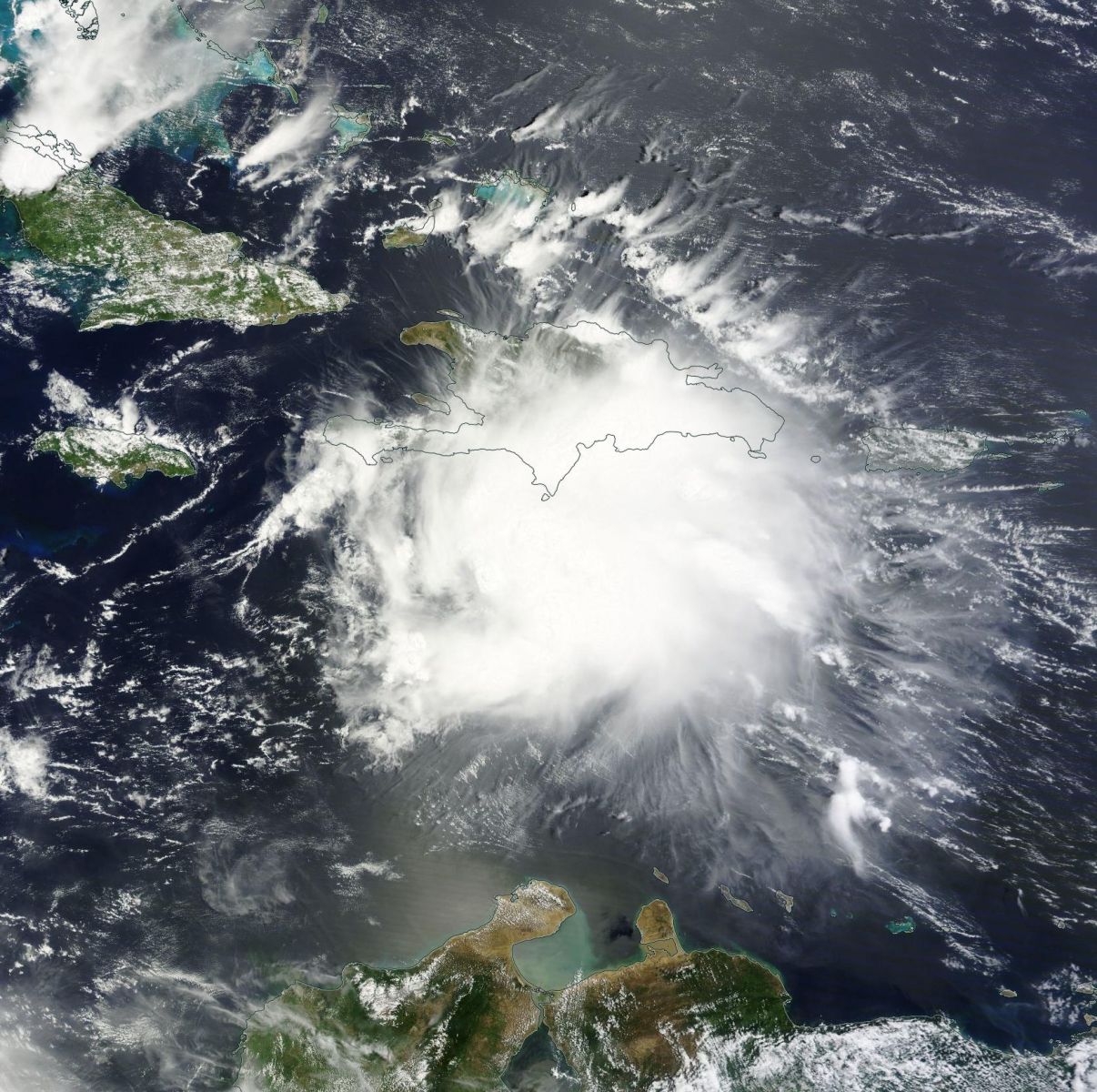 The Atmospheric Infrared Sounder or AIRS instrument aboard NASA's Aqua satellite captured infrared data on System 97L on July 30, 31 and August 1. The AIRS data showed that the coldest cloud top temperatures of at least -54 °C (-63 °F) and strongest thunderstorms appeared to become more organized over the three day period.

The National Hurricane Center said that environmental conditions are expected to be conducive for additional development, and a tropical storm is likely to form on August 1 or 2.

Regardless of development, locally heavy rainfall and gusty winds, perhaps to tropical storm force, will continue over portions of the Dominican Republic and Haiti today and tomorrow.

Tropical storm conditions are likely to occur over Jamaica by early August 2 (UTC), and could reach the Cayman Islands overnight. 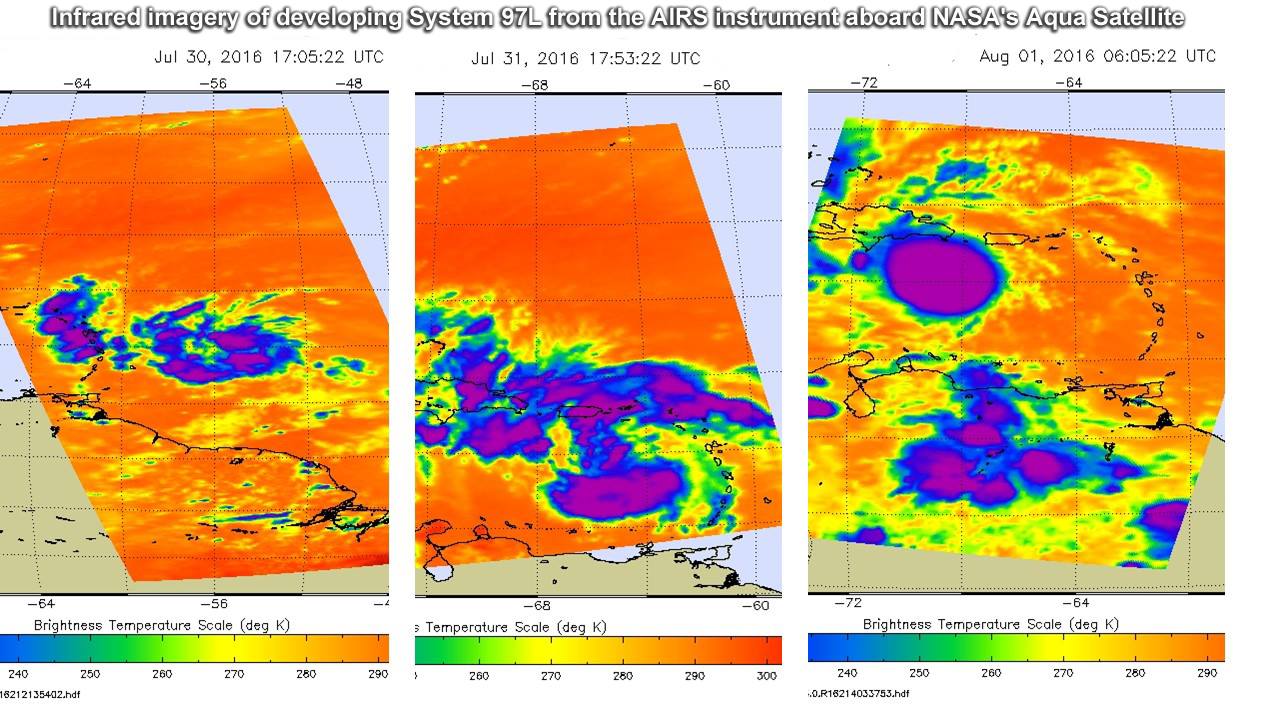