According to the Darwin VAAC, volcanic ash cloud at 04:20 UTC was observed reaching an altitude of 9.7 km (32 000 feet) a.s.l. and drifting south. The Aviation Color Code was increased to Red.

The eruption forced the closure of Lombok International Airport. A number of domestic and international flights were canceled. The airport is expected to reopen on Tuesday, August 2. 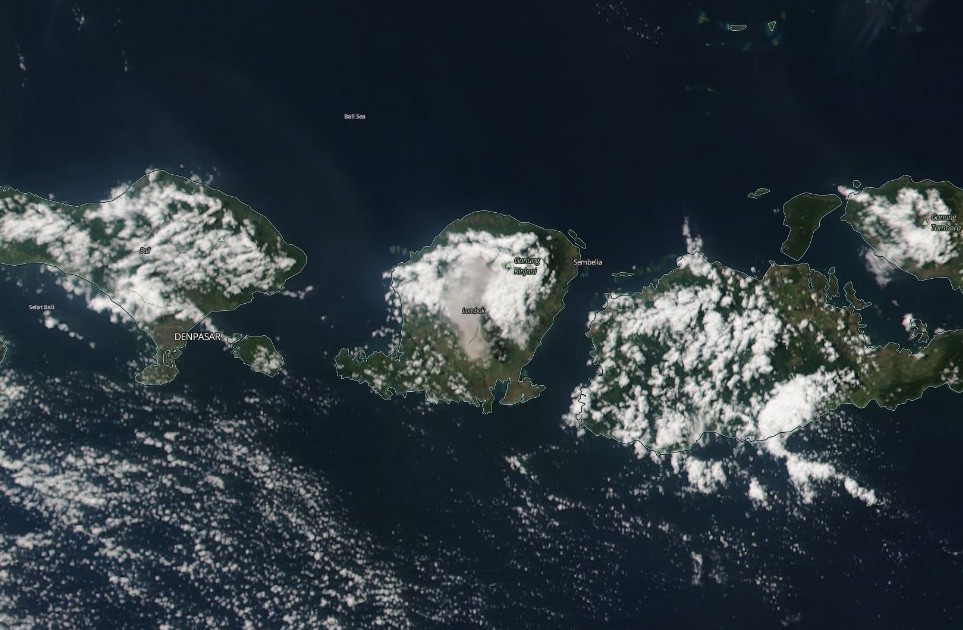 The last eruptive phase of this volcano took place from October to December 2015.

Rinjani volcano on the island of Lombok rises to 3726 m, second in height among Indonesian volcanoes only to Sumatra's Kerinci volcano. Rinjani has a steep-sided conical profile when viewed from the east, but the west side of the compound volcano is truncated by the 6 x 8.5 km, oval-shaped Segara Anak (Samalas) caldera. The caldera formed during one of the largest Holocene eruptions globally in 1257 CE, which truncated Samalas stratovolcano. The western half of the caldera contains a 230-m-deep lake whose crescentic form results from growth of the post-caldera cone Barujari at the east end of the caldera.

Historical eruptions dating back to 1847 have been restricted to Barujari cone and consist of moderate explosive activity and occasional lava flows that have entered Segara Anak lake. (GVP)