Rinjani volcano in Lombok, Indonesia, active since October 25, 2015 is now continually erupting. Although ashes from the volcano caused the Denpasar airport on Bali to close down on November 2, only smaller ash plumes have been reported over the last few days, no longer affecting the air traffic.

The Barujar cone was observed in violent strombolian activity on November 16, as reported by VolcanoDiscovery. The lava flow was weakly alimented, creating a small plume of steam at the lake entry of the flow. The lake surface is steaming, as temperatures have risen significantly. During the day, the volcano was observed to produce only smaller amounts of ash plumes, that no longer posed any threat to air traffic. 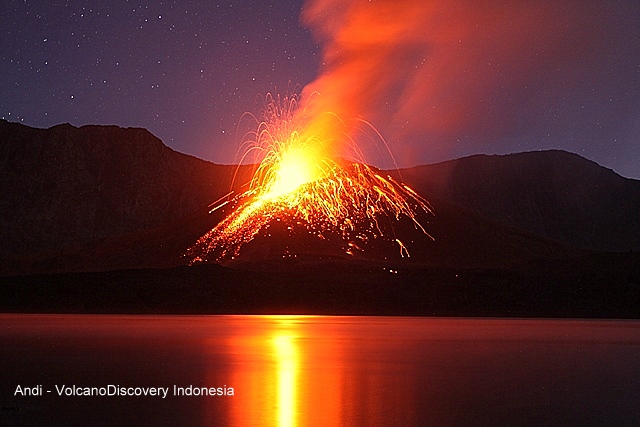 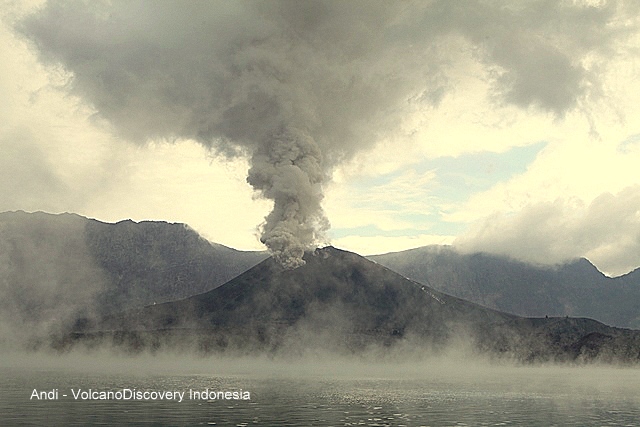 Volcano eruption activity increased in the beginning of November. The volcano started its intense eruption phase on November 2 when reported ash emissions produced a 400 km (248.5 miles) long plume that reached Bali, causing the shutdown of Denpasar airport. Eruption rumblings have been heard across the Lombok island and a couple of villages reported falling ash. Access to the summit area of Rinjani has been closed on the occasion.

Rinjani started a period of intensified activity on October 25 at 10:04 UTC, PVMBG reported. An ash plume rose over 200 m (656 feet) above the Barujari crater, inside the caldera, on the occasion. The Alert Level was raised to 2 (on a 1 to 4 scale). In the period between October 26 and 28 ashes from Rinjani plummeted up to 3-4 km (about 2-2.5 miles) in altitude and traveled 45-75 km southwest and west-southwestward.

Rinjani volcano on the island of Lombok rises to 3726 m, second in height among Indonesian volcanoes only to Sumatra's Kerinci volcano. Rinjani has a steep-sided conical profile when viewed from the east, but the west side of the compound volcano is truncated by the 6 x 8.5 km, oval-shaped Segara Anak (Samalas) caldera. The caldera formed during one of the largest Holocene eruptions globally in 1257 CE, which truncated Samalas stratovolcano.

The western half of the caldera contains a 230-m-deep lake whose crescentic form results from growth of the post-caldera cone Barujari at the east end of the caldera. Historical eruptions dating back to 1847 have been restricted to Barujari cone and consist of moderate explosive activity and occasional lava flows that have entered Segara Anak lake. (GVP)