A giant sinkhole has suddenly opened up around 19:30 local time on August 1, 2016, on the Zhengzhou Zhongyuan Road near the Cultural Palace Road in the Chinese city of Zhengzhou, Henan Province. The hole was estimated to be about 30 meters long (98 feet) and 45 meters (147 feet) deep. It opened after a rainstorm and is now filled with water.

According to media reports, a number of people stood beside the hole to take photos as it expanded when four of them were suddenly dragged in, along with three vehicles. Two of them were rescued shortly after. 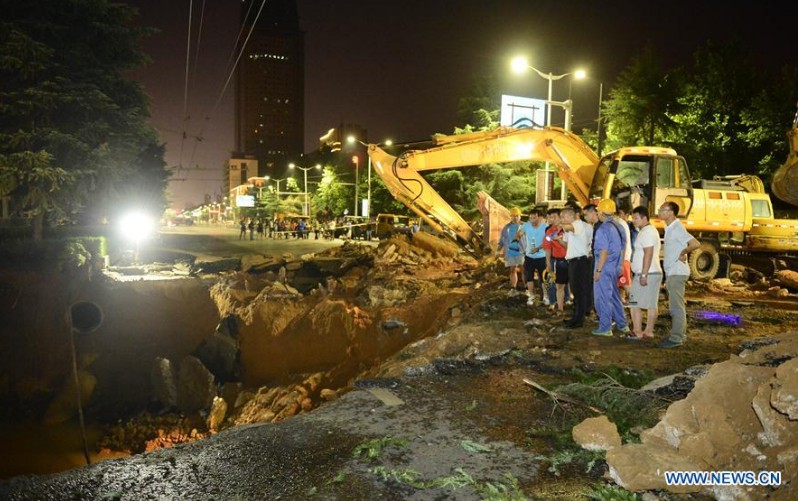 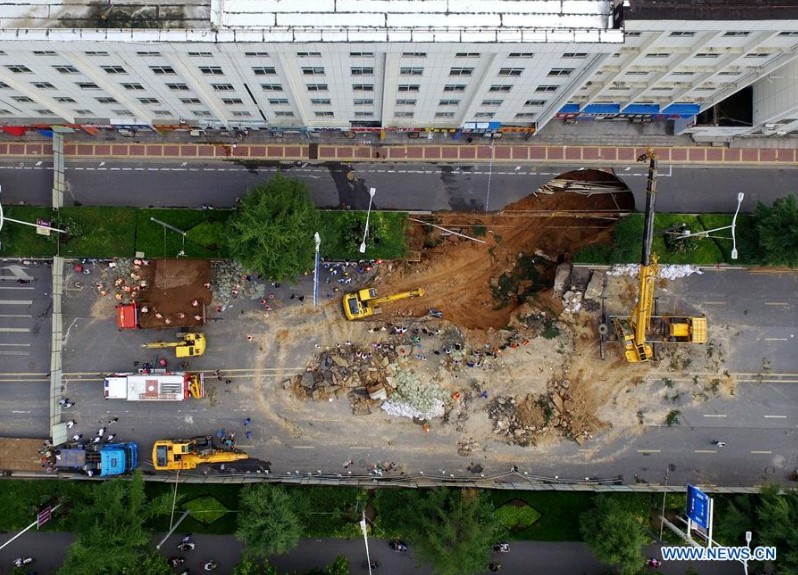 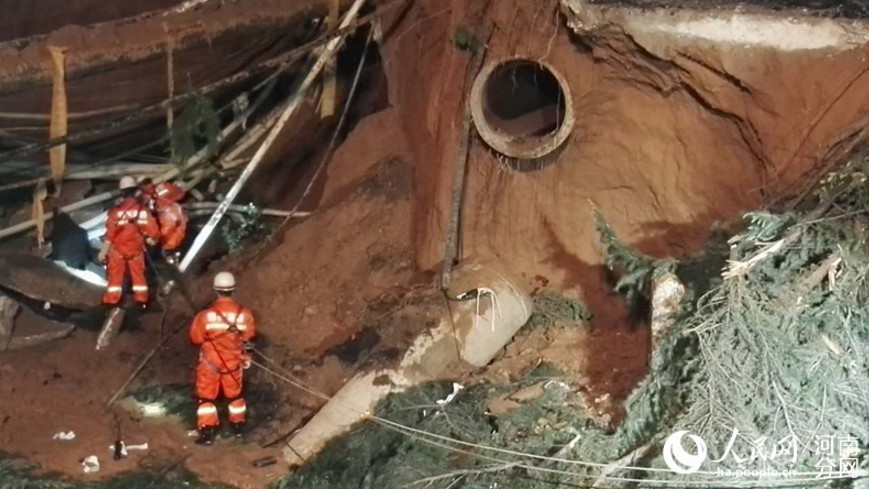 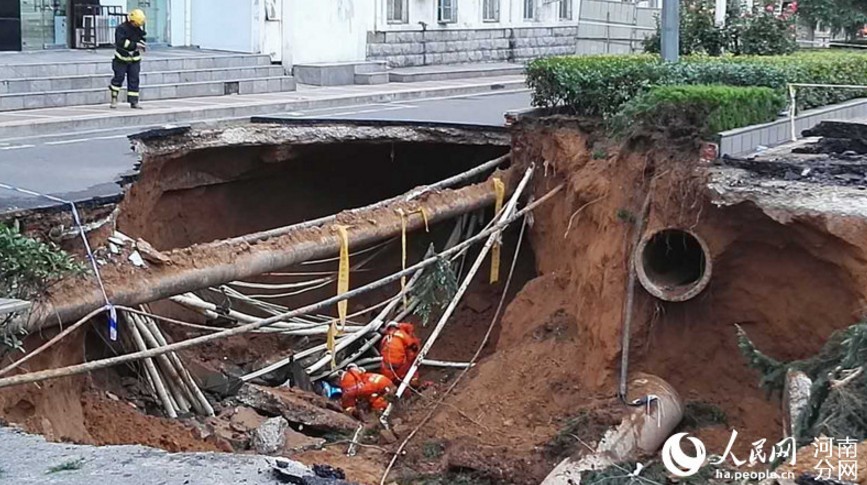 As of 05:20 local time on August 2, the rescue efforts for two people missing was still ongoing. One of them is believed to be a child.

A number of live electrical wires and exposed sewerage pipes are visible in the hole and a nearby school has also been evacuated for safety reasons.

The investigation into the cause is ongoing. Prime suspects are heavy rain and water pipe burst.