A low pressure area formed well south of the Mariana Islands during the last few days of June 2016. By July 2, it developed into a weak tropical depression and strengthened into a tropical storm on July 3, internationally known as Nepartak.

Nepartak is the first named storm of the 2016 Pacific typhoon season, and the first internationally named storm in this region since December 2015.

Its formation came rather late in the season. Had it formed after July 8, it would hold a record for the latest first named storm of the northwest Pacific.

Nepartak is expected to continue strengthening and reach a maximum sustained wind speed of 203 km/h (126 mph) over Okinawa, Japan on July 7, according to JTWC's forecast track issued 09:00 UTC on July 3. There on, Nepartak should start weakening and turn away from China, toward Korea and mainland Japan. 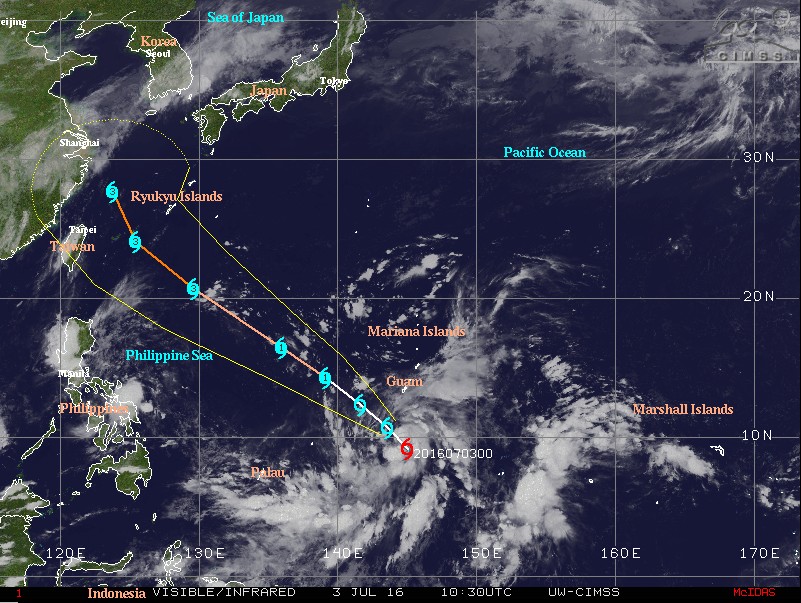 In the extended period, Nepartak is forecast to intensify to typhoon strength at a steady rate. Its speed of advance is also forecast to increase as it continues on a northwestern track.

Nepartak is expected to further fuel rainstorms over the already flooded Philippines.