At 15:00 UTC on July 2, the center of Tropical Storm "Agatha" was located far from land, about 1 245 km (775 miles) southwest of the southern tip of Baja California, Mexico. Agatha was moving toward the WNW near 19 km/h (12 mph), and this motion is expected to continue through Sunday, July 3. A turn toward the west is expected on Monday, July 4. 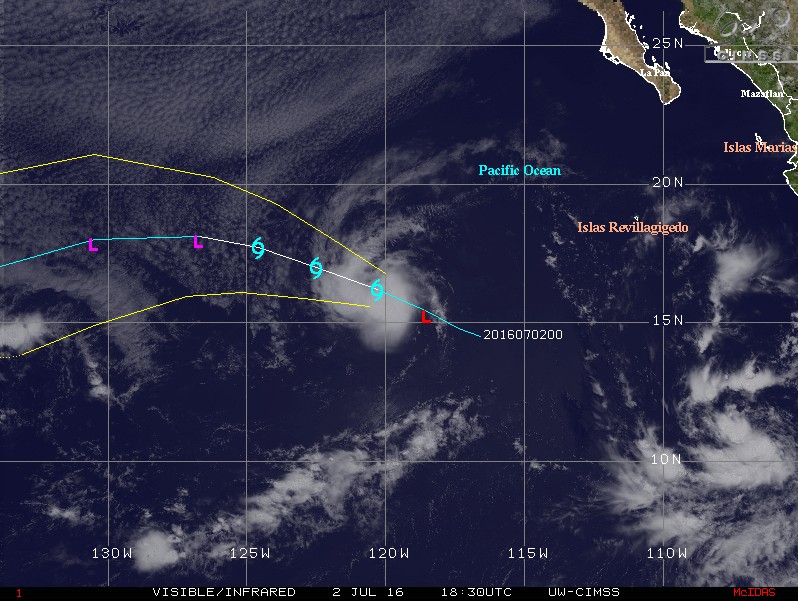 Maximum sustained winds have increased to near 65 km/h (40 mph) with higher gusts. Some additional strengthening is possible during the next 12 – 24 hours while Agatha remains in a light/moderate shear environment over relatively warm sea surface temperatures.

Beyond that time, a combination of strong southwesterly shear and cooler sea surface temperatures should cause a steady weakening. Agatha is expected to weaken to a depression by 48 hours, a remnant low by 72 hours, and dissipate completely by 120 hours.

Tropical-storm-force winds extend outward up to 75 km (45 miles) from the center. The estimated minimum central pressure is 1 005 hPa.