Tina is 19th named storm to form in the NE Pacific in 2016. It marked the 7th time that the NE Pacific has had equal or more than 19 named storms since 1971, according to meteorologist Philip Klotzbach. Tina is also the first NE Pacific tropical cyclone of the season to not intensify beyond 65 km/h (40 mph).

There are no coastal watches or warnings in effect, NWS said.

Tina has weakened to a tropical depression – the 1st NE Pacific TC of 2016 to not intensify beyond 40 mph. pic.twitter.com/ldzNonDwbN

Tina is expected to produce additional rain accumulations of up to 254 mm (1 inch) over portions of Colima and western Jalisco states in Mexico today.

Very strong southwesterly wind shear of almost 74 km/h (46 mph) and dry air will continue to affect the cyclone during the next couple of days, weakening the storm. Tina is expected to become a remnant low tonight or on Tuesday. 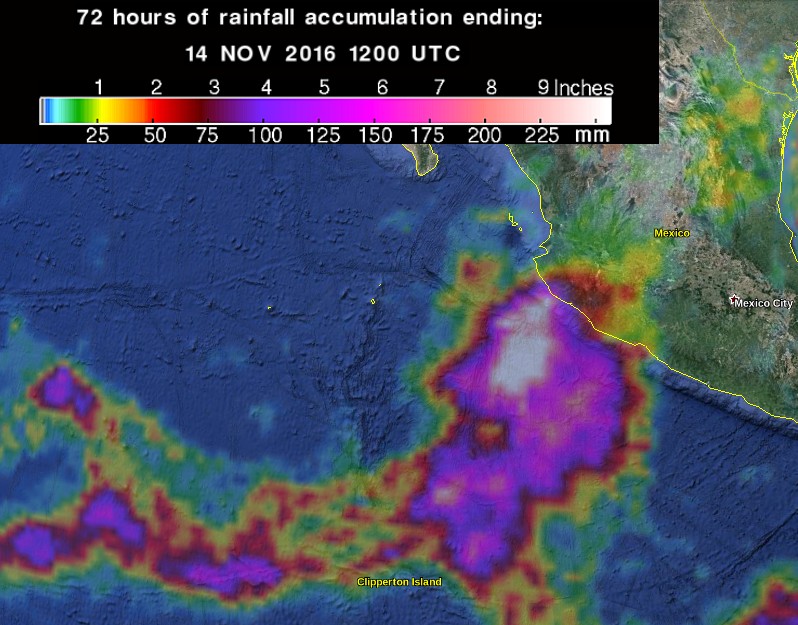 This animation of imagery from NOAA's GOES-West satellite shows Tina's development and weakening to depression status, from November 12 to 14.