Tropical Storm "Howard" formed from Tropical Depression 9E on August 21, 2016, well off the west coast of Mexico. Howard is the ninth tropical cyclone to develop in 30 days in the eastern Pacific, and the eighth named storm of the 2016 eastern Pacific hurricane season. Tropical Depression 1E in June was the only tropical cyclone that developed this season and did not reach tropical storm intensity. Since Howard is far enough away from land areas, there are no coastal watches or warnings in effect.

On July 31, at 21:05 UTC, the Atmospheric Infrared Sounder or AIRS instrument aboard NASA's Aqua satellite captured infrared data on Tropical Depression 9E. The AIRS data showed that the coldest cloud top temperatures of at least – 53 °C (-64 °F) and strongest thunderstorms circled the low-level center with the exception of the northern quadrant of the storm. Strong storms also fed into the low level center from a band of thunderstorms southwest of the center. 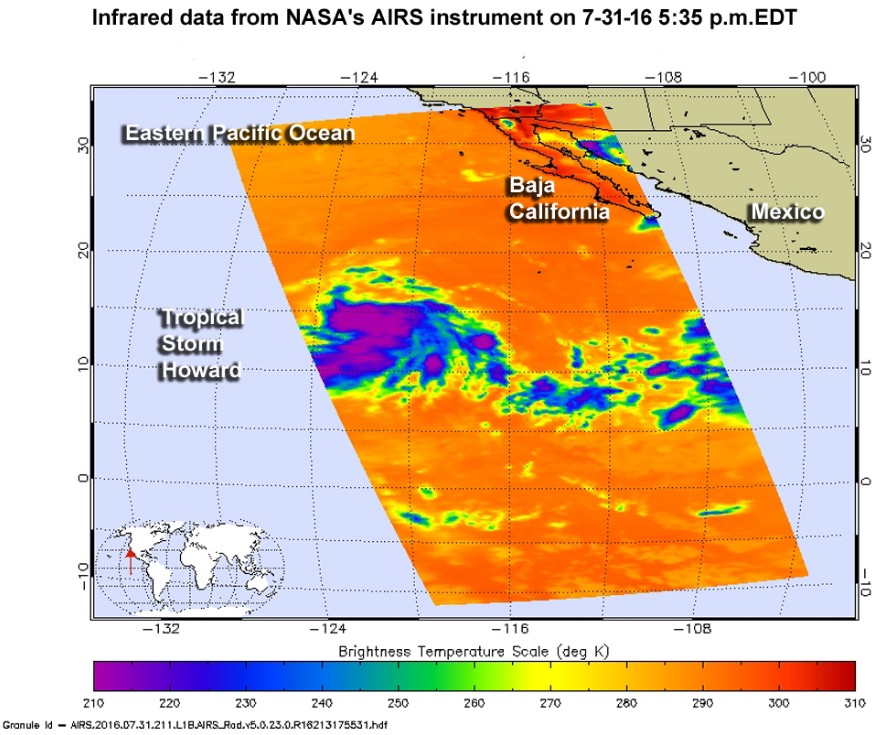 Over the course of 12 hours, the cloud pattern of the cyclone improved and by 09:00 UTC on August 1, TD 09E became a tropical storm. At that time, Howard's maximum sustained winds were near 65 km/h (40 mph) with higher gusts. The center of Tropical Storm Howard was located about 1 555 km (965 miles) west-southwest of the southern tip of Baja California, Mexico. 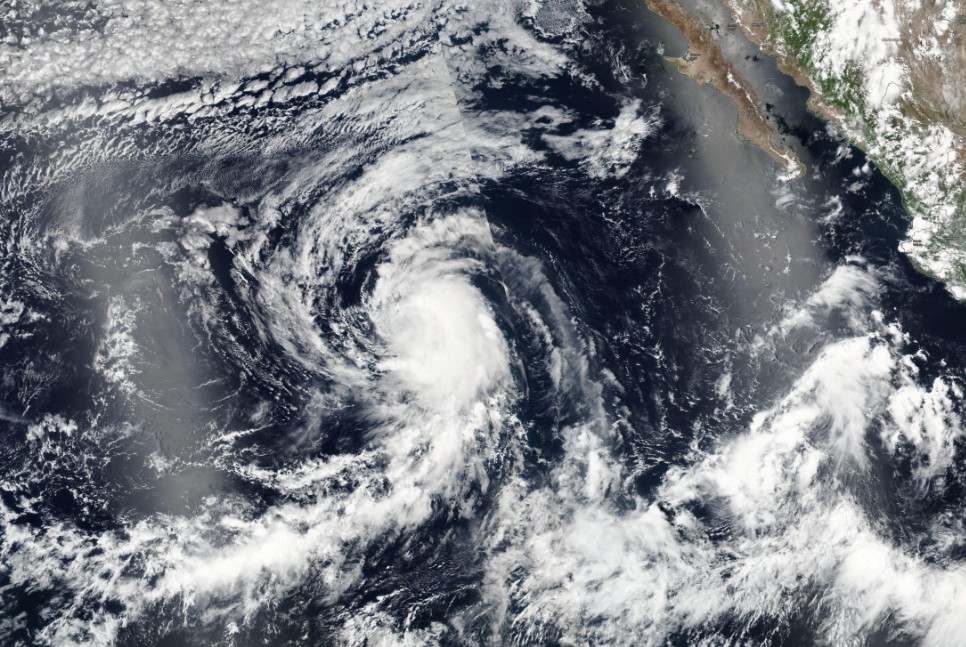 NHC said that Howard was moving toward the west-northwest near 17 km/h (10 mph), and this general motion is expected to continue for the next couple of days. The estimated minimum central pressure was 1 005 hPa.

Little change in strength is expected today, NHC said and added a gradual weakening is forecast to begin by early Wednesday, August 3, as Howard moves over cooler waters.

Tropical-storm-force winds extend outward up to 165 km (105 miles) from the center.