Typhoon "Nida" has made landfall in the southern Chinese city of Shenzhen, just north of Hong Kong late UTC Monday, August 1, 2016, with maximum sustained winds near 120 km/h (mph). This made Nida a Category 1 hurricane equivalent on the Saffir-Simpson Hurricane Wind Scale. Nida is a tropical storm now, moving over Guangdong province into Guangxi region. Chinese state media said Nida is set to be the strongest typhoon to hit the region since 1983, warning it could bring severe flooding.

Before hitting Hong Kong, Nida brought powerful winds and heavy rain to the Philippines over the weekend. Nida developed from Tropical Depression 06W on July 30. At the time, Nida, known in the Philippines as Carina, was intensifying and moving toward Northern Luzon.

After exiting the Philippine Area of Responsibility (PAR) on August 1, Nida no longer had any direct impact to the country. However, PAGASA still warned fisherfolk against rough to very rough seas over the northern seaboard of Luzon, the eastern seaboard of Central Luzon, and the western and southern seaboards of southern Luzon.

Nearly 100 000 people were evacuated before the storm hit.

Hong Kong was shut down, while low-lying areas were put on flood alert. More than 150 flights have been canceled and 325 rescheduled, stranding hundreds of passengers. Ferry, tram, bus and other services were also suspended. 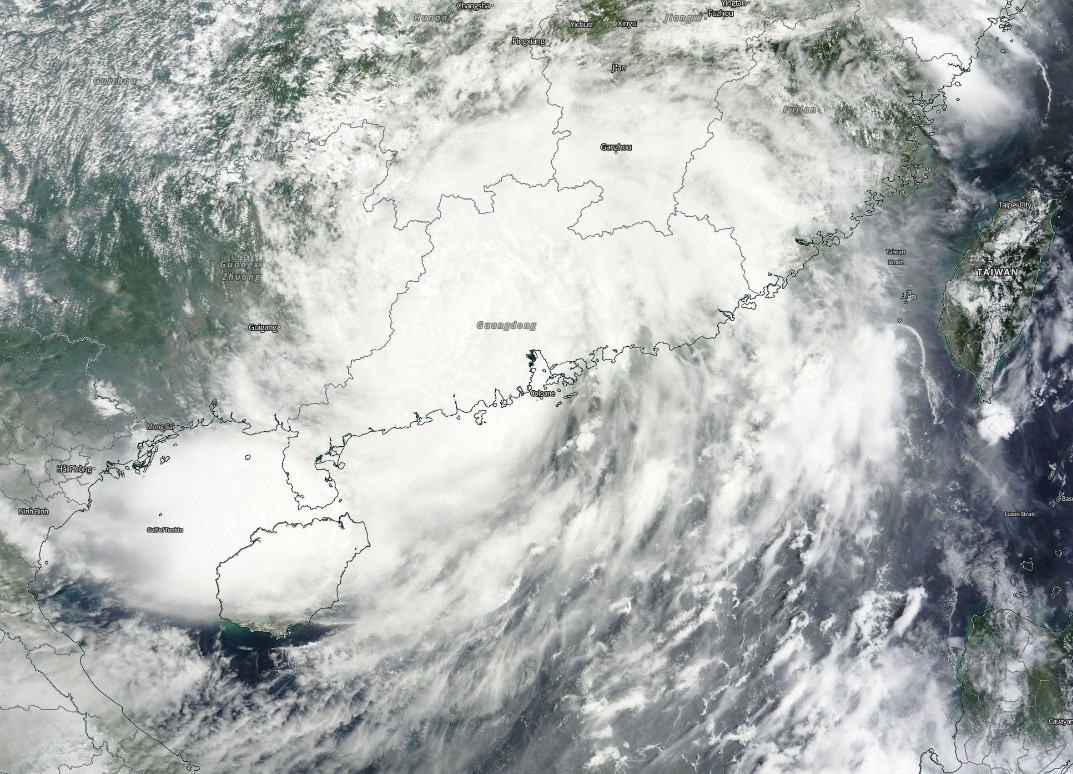 The Observatory said it will cancel all Tropical Cyclone Warning Signals shortly. However, occasional strong winds will still affect offshore areas and high ground at first. There are also swells.

Flights at Hong Kong International Airport may be affected by the weather, it said and warned the public to stay away from the shoreline, listen to radio, watch TV or browse the Hong Kong Observatory's website for information on the tropical cyclone.

As the storm continues to move across southern China, over the manufacturing center of Guangdong province and into Guangxi region, the city of Guangzhou in Guangdong issued a red alert, its highest weather warning, for the first time ever. The southern cities of Zhuhai and Shanwei are also on red alert, with transport, industry and public services largely put on stop.

National Commission for Disaster Reduction told residents living in storm's path to stay indoors and prepare three days' worth of food and other essentials.

According to Chinese state media, Nida is set to be the strongest typhoon to hit the region since 1983, warning it could bring severe flooding.