According to the Monsoon Preparedness Assessment 2016 carried out by Shelter Cluster Nepal, as many as 18 287 households in 14 districts of Nepal most affected by the massive M8.1 earthquake last year are living under high landslide hazard risks. The earthquake triggered more than 4 000 landslides in earthquake-affected and adjoining districts. 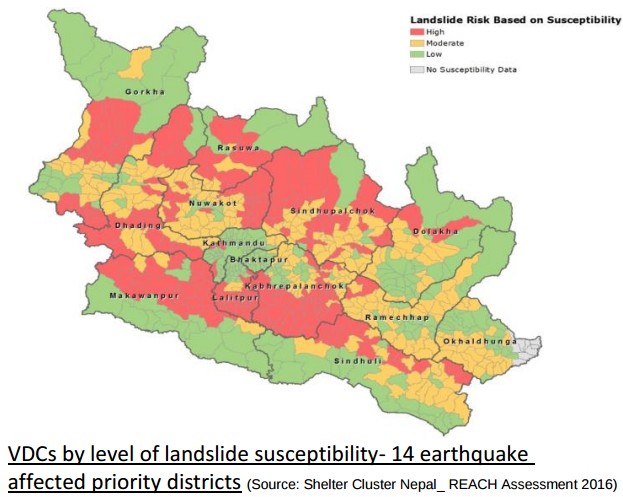 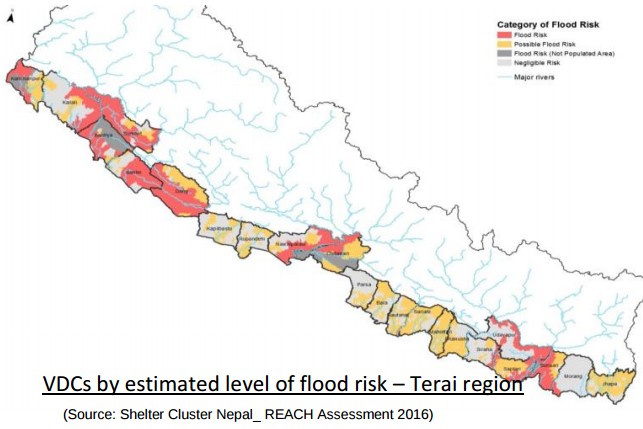 The assessment also found that 46 894 households are living below the poverty line in temporary shelters or collective sites. They are most likely to need assistance in the event of monsoon impacts. Poorer families are particularly likely to be living in low quality shelters that are unable to withstand heavy winds, and generally lack access to land that is safe from landslide and flooding.

The Central Disaster Relief Committee (CDRC) for disaster management, under the Ministry of Home Affairs (MoHA), said at least 102 people have died in over three months from floods and landslides in 42 districts.

Pyuthan district was the hardest hit with 31 deaths so far.