Tropical Storm "Nepartak" — the 8th named storm of the 2021 Pacific typhoon season — is heading toward the eastern coast of Honshu, Japan. Landfall is expected in an area close to Sendai City, Tohoku Region around midnight UTC on July 28, 2021, with maximum sustained winds up to 85 km/h (53 mph).

Evacuation orders have been issued for Atami City, south of capital Tokyo, which has been heavily impacted by recent floods and landslides.

Storm and high wave warnings have been issued for coastal areas from southern Fukushima Prefecture to northern Miyagi Prefecture. Moderate to heavy rainfall and strong winds are forecast over most of central and northern Honshu, including the Greater Tokyo Area.

The Japan Meteorological Agency has warned of potential mudslides, floods, and rough seas in affected areas. 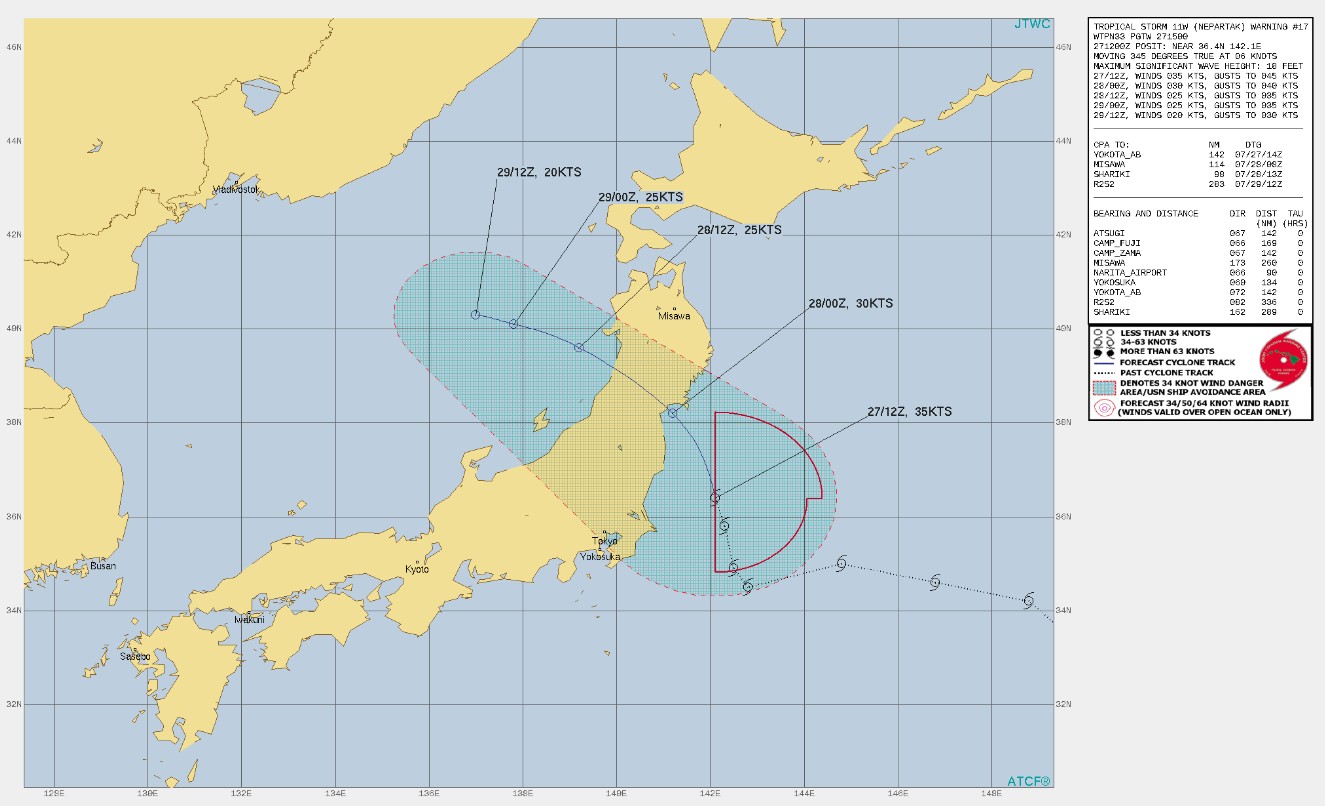 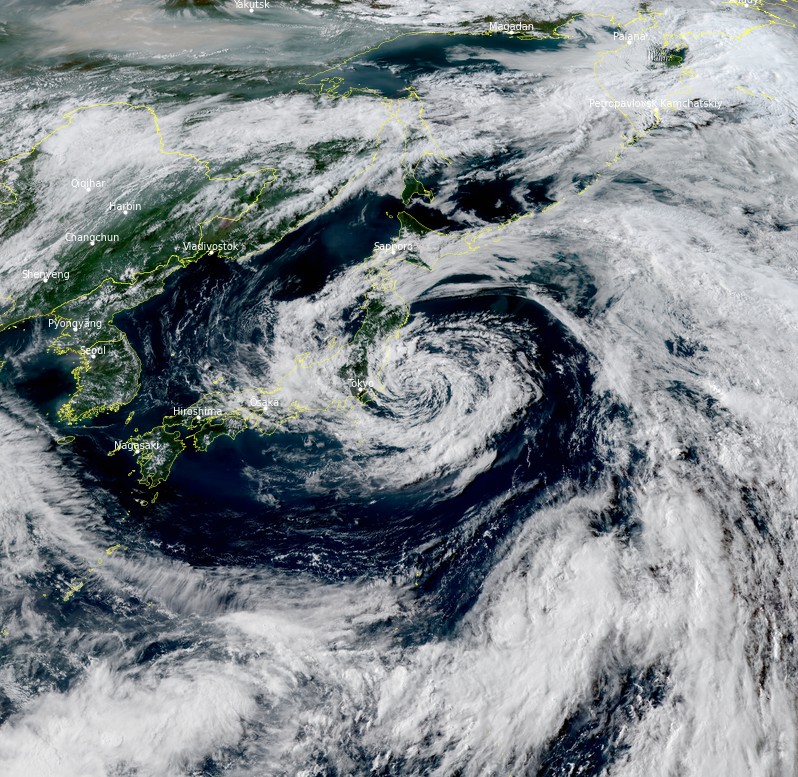 More details in the latest update by meteorologist Robert Speta: