At least 20 people are missing and two were found in a state of cardiac arrest after a large-scale mudslide hit Atami, a seaside resort town in Shizuoka Prefecture, Japan at around 10:30 LT on July 3, 2021. Atami is about 100 km (62 miles) SW of Tokyo.

A massive mudslide swept through the Izusan area of the town of Atami on July 3, sweeping away at least 80 homes and a number of cars. At least 2 people have died and 20 others are missing, presumed to be swept away. Authorities fear the death toll will rise significantly.

Local media reports that a special dam located in a stream nearby, built to stop flash floods, was engulfed and collapsed creating a tsunami-like effect.

In addition, some reports mention the slide might have come from the large solar power plant being built on the mountain near Izusan. 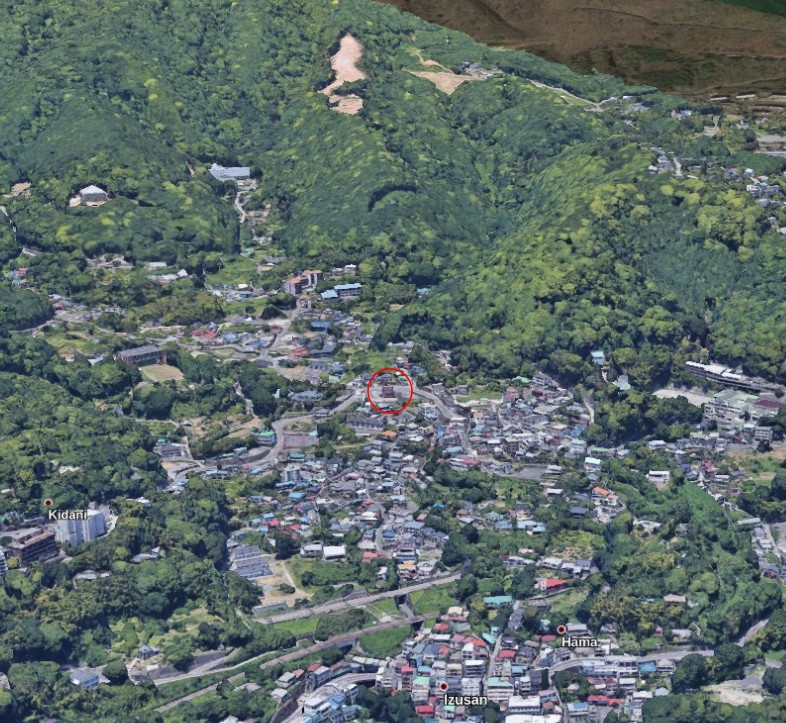 The image shows Izusan area of Atami and the red building seen in the videos. Credit: Google Earth, TW

Honorary professor at the Tokyo University of Agriculture and Technology, Ishikawa Yoshiharu, an expert on landslides, said the slide appears to have moved at a speed of dozens of kilometers per hour.

"The city is bordered by mountains with steep slopes and, in many cases, they are covered with a layer of volcanic soil, which can flow down a slope easily after absorbing water," Yoshiharu told NHK.

The Atami city officials ordered the evacuation of around 20 000 households after the mudslide.

JMA is warning residents there could be more landslides, swollen rivers, and flooding in low-lying areas. Some rivers in Shizuoka, Kanagawa and Chiba have already exceeded the flood danger level, JMA said.

In Kanagawa's Hiratsuka City, adjacent to Tokyo, officials have issued the highest level of evacuation order due to fears the Kanamegawa river would burst its banks.

There were concerns that five other rivers might also overflow, so the evacuation order eventually covered about 200 000 people living near areas at risk of flooding, The Asahi Shimbun reports.

JMA is urging people in all affected regions to keep up-to-date with the latest evacuation information.