A Type II Radio emission with an estimated velocity of 375 km/s was registered at 14:37 UTC. Type II emissions occur in association with eruptions on the sun and typically indicate a coronal mass ejection is associated with a flare event.

While this region does not favor Earth-directed coronal mass ejections, the eruption produced R3 – Strong radio blackout — wide area blackout of HF radio communication, loss of radio contact for about an hour on the sunlit side of Earth. 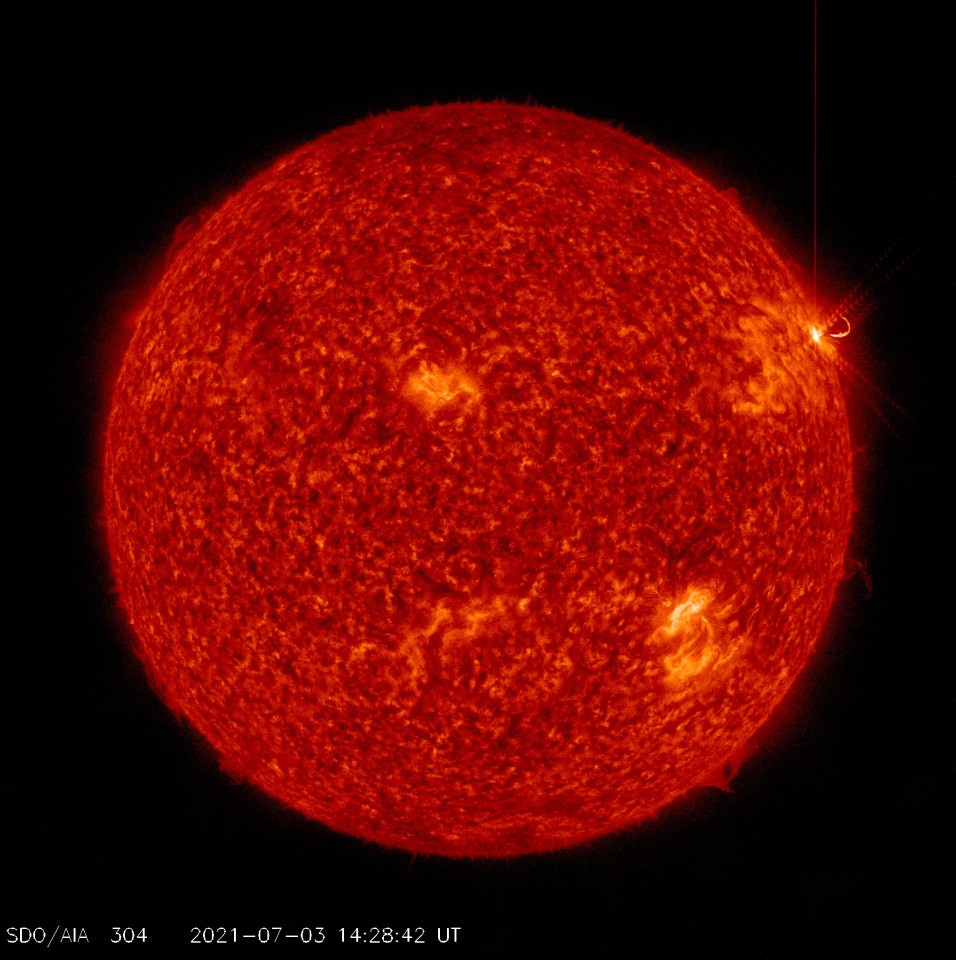 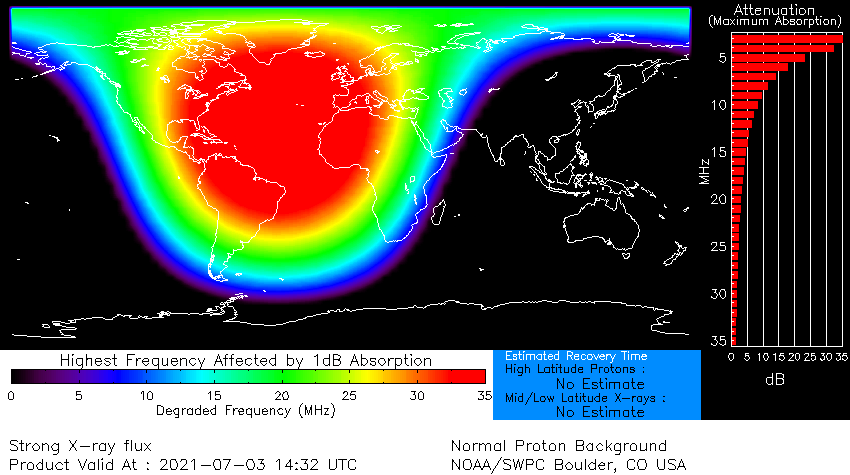 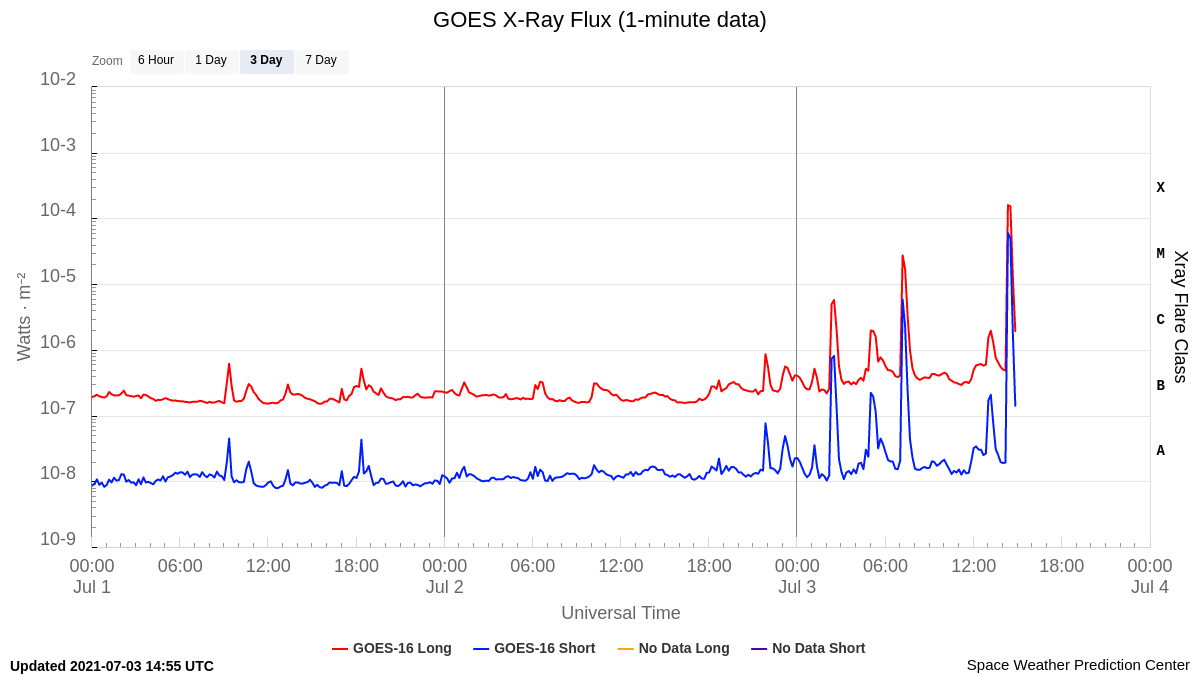 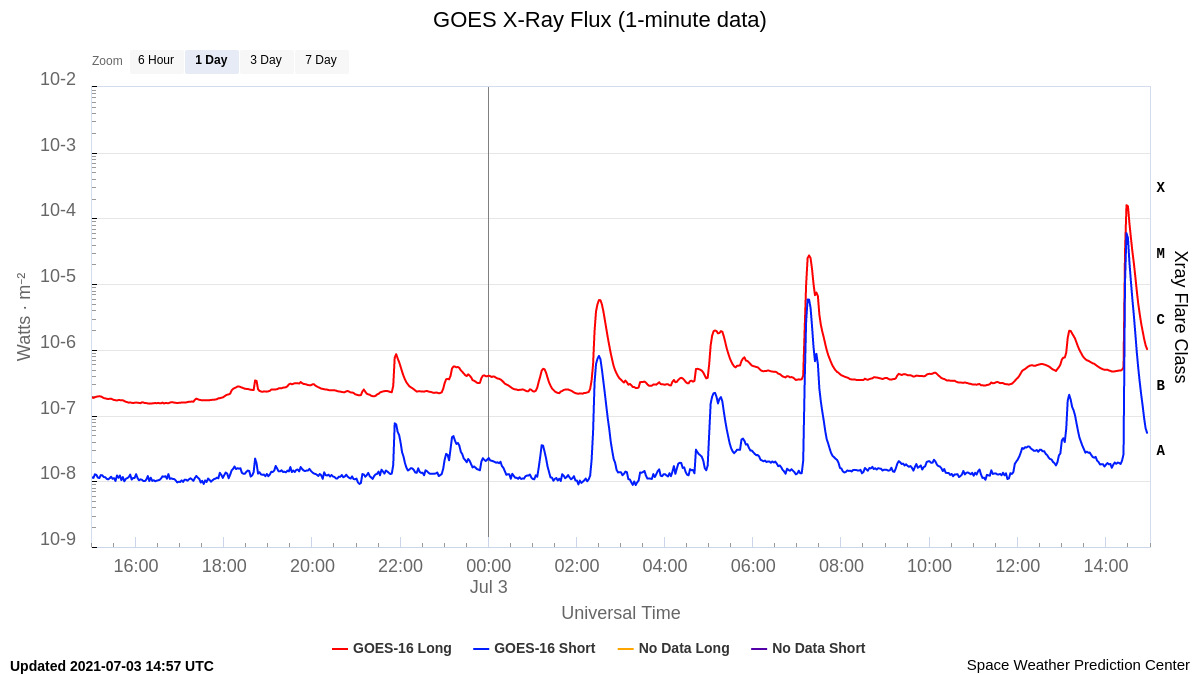 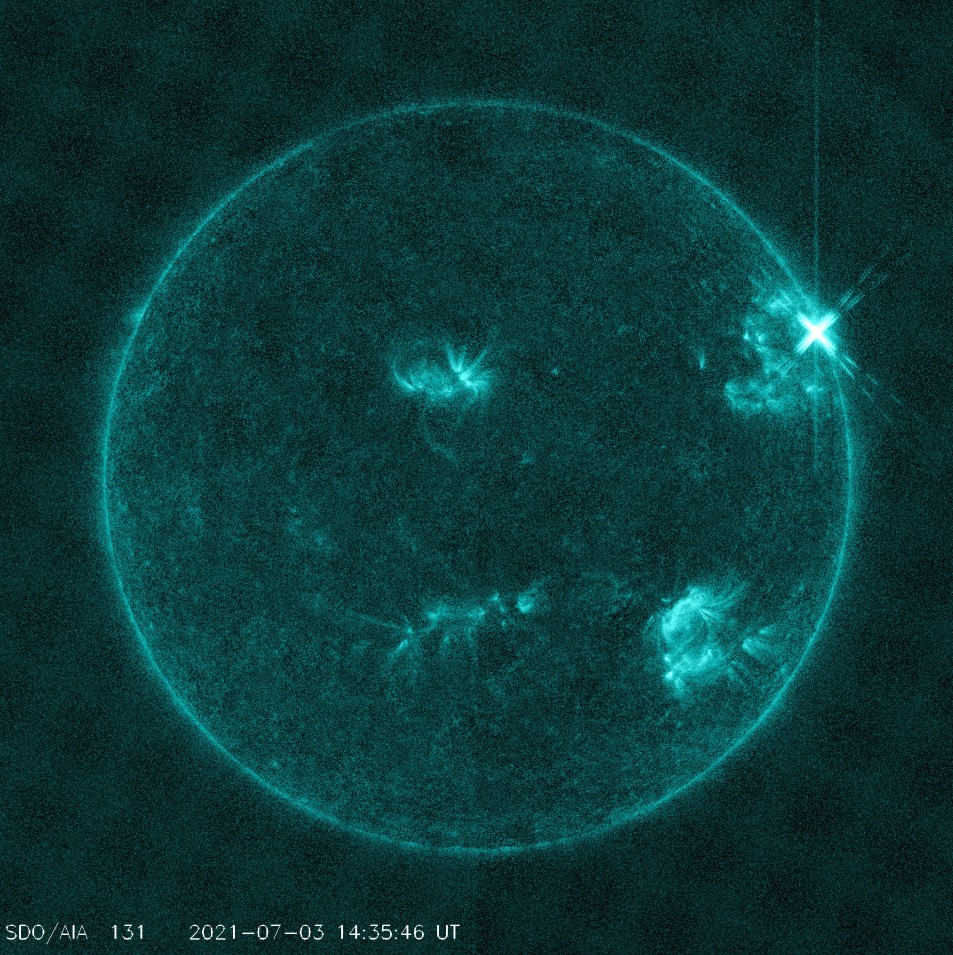