An intense heat wave over the southwestern US has been forecast for the coming weekend and will likely continue to cause extremely high temperatures throughout the beginning of the next week. Temperatures between 10 and 15 °F (5.5 and 8.3 °C) above average are expected throughout June 17 and 18, 2016 across most of the central and southern Plains while factoring in humidity and heat indices could reach between 100 and 110 degrees F in some areas. The National Weather Service (NWS) issued Heat Advisories and several Excessive Heat Warnings for the affected regions.

According to the NWS forecast, the persistent ridge currently anchored over the central US will keep dangerous heat conditions across the southern Plains and Mississippi Valley. The region of Desert Southwest will also face extreme heat conditions and areas around Phoenix may record temperatures higher than 43.3 °C (110 °F) over the coming weekend.

Excessive heat warnings have been issued across the Desert Southwest, Kansas and Oklahoma while heat advisories are in place from the Gulf Coast to central Plains.

The high pressure ridge is expected to strengthen into the next week, and produce dangerous heat conditions: "When a ridge of high pressure like this one forms in the middle to late June, it can deliver some of the hottest weather possible to the Desert Southwest," explained Ken Clark, an AccuWeather Western US Expert.

A dangerous heat wave will stretch across the Plains & Mississippi Valley this weekend: https://t.co/V2OJMjSxrj pic.twitter.com/dbGKlWHe9A

Mercuries will soar about 10 to 20 °F (5.5 to 11.1 °C) above the usual seasonal values early next week and likely peak on June 20. Meteorologists expect the temperatures will set new daily and all-time records in many regions, especially in Palm Springs in California, Phoenix in Arizona, and Albuquerque, New Mexico.

"That record could be in jeopardy this weekend or early next week," said Ryan Adamson, an AccuWeather Meteorologist. 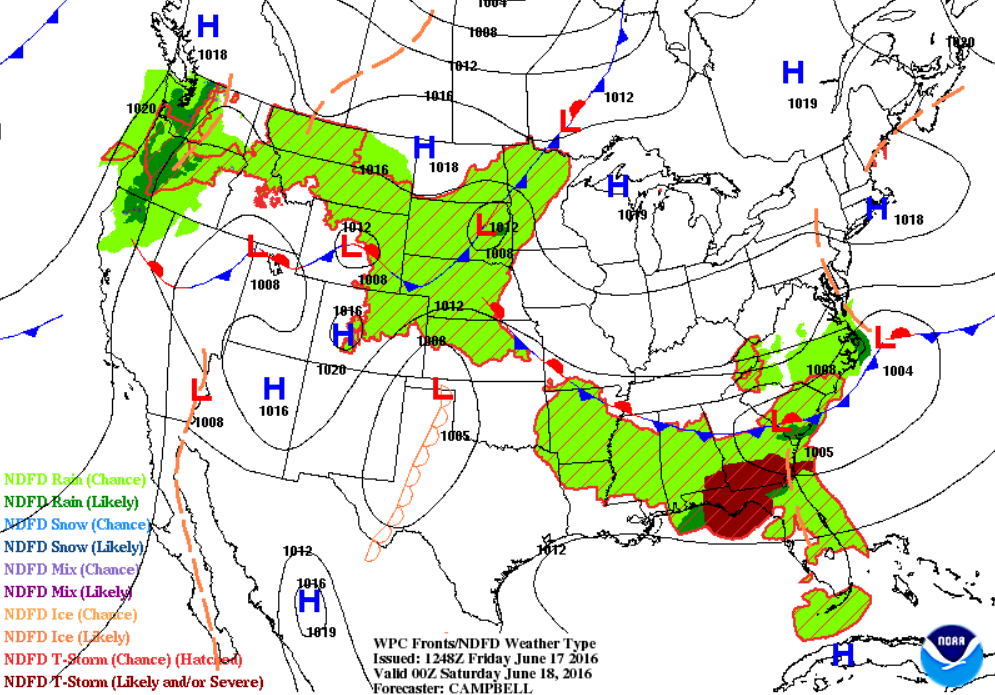 The coming heat wave is likely to be extremely dangerous, and people have been advised to take appropriate measures such as taking frequent breaks from any outdoor activities, make sure to drink plenty of water, and wear light colored clothing.

"Flights could be affected at major airports, including Sky Harbor in Phoenix and McCarran in Las Vegas, as the extreme heat makes it harder for planes to get lift," Clark added.

Extreme heat conditions are likely to increase the chances of wildfires.

The heat wave is expected to dissipate by the mid or end week, with closer to average temperatures beginning to settle in the affected areas.