Moderate to heavy rainfall is expected across the eastern New South Wales, southern and central Queensland over the coming weekend. Australian Bureau of Meteorology (BOM) issued a Flood Watch for northeast and central west river valleys, coastal river valleys north of Bellinger, and Nepean Hawkesbury River Valley in NSW, the Georgina and Diamantina Rivers, Cooper Creek, Bulloo, Paroo, Warrego, Balonne, Moonie and Border Rivers in QLD on June 17, 2016. Residents are advised to be on alert and closely follow the weather updates and warnings.

The weather conditions will be caused by a developing low pressure system expected to reach the coast of NSW on June 19. It will start to move over southern and central Queensland late June 17 (local time), producing rainstorms and strong wind gusts. The weather will likely cause localized flash floods and swelling of the rivers and streams across the affected areas. 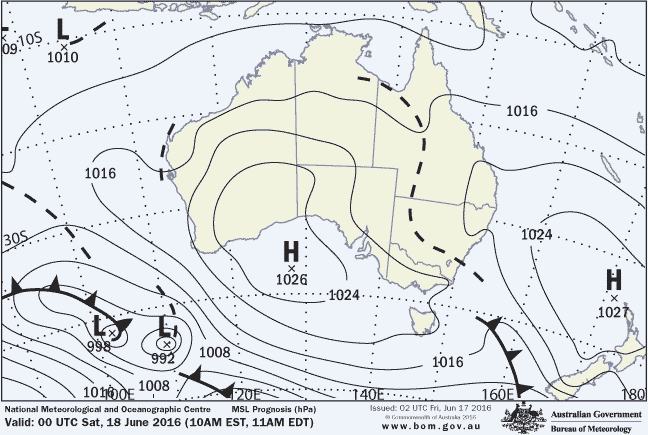 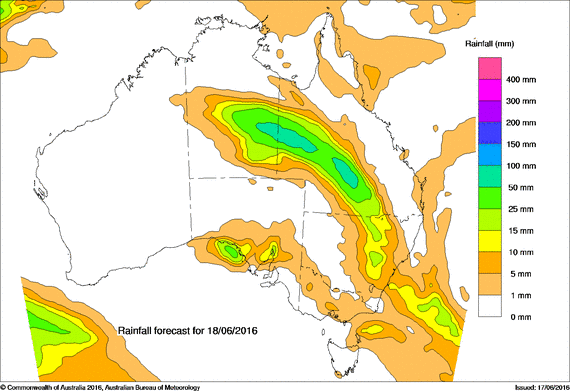 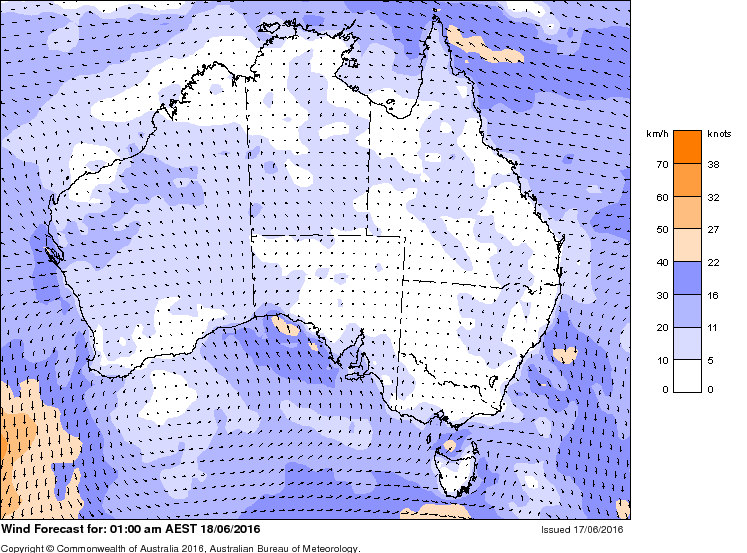 The East Coast Low will likely develop off the central or southern NSW coast later on June 19 and rapidly move out into the Tasman Sea on the following day.

“It is difficult to accurately predict rainfall totals while still gauging how the system will develop, but at the moment all of the guidance is pointing to the coastal areas north of Port Macquarie and south of Sydney receiving their heaviest rainfall on Saturday night and Sunday," said Jane Golding, acting NSW Regional Director on about the East Coast Low.

"The central and western slopes of the ranges will also see steady rain over the weekend and thunderstorm activity in this area may result in some localized heavy falls. Overall the higher rainfall totals are not expected to be as large or as widespread as the event we had in early June, however given the wet condition of the catchments in these areas there is a risk of riverine and flash flooding. Locally damaging winds may also develop along the southern or central coastal fringes over the weekend, depending on where the low develops.”

Western and central Queensland will see the system pass on June 18. By June 19, the rainfall will likely extend across the southern central, southeast and coastal regions to the Townsville. Isolated thunderstorms may produce about 100 mm (3.9 inches) of localized rainfall.

"Rainfall and gusty storms are expected throughout the weekend. These storms may be severe, particularly close to the trough, and we urge the public to stay tuned for warnings and local media updates over the weekend. While there is the potential for another East Coast Low to develop off the NSW coast as the system moves further south, this will not have an impact on Queensland. The impacts of coastal erosion are unlikely to be as significant as early June, due to generally lower tides and swells," said Richard Wardle, acting Queensland Regional Director.

Queensland and NSW officials urged the residents to follow further development and exercise caution due to flood-related conditions.

“Before the predicted heavy rain arrives, clear gutters and trim any overhanging branches. Take the time now to consider if you really need to be on the roads this weekend. If you do, make sure you have a Plan B in place, including identifying alternative routes. Flooded roads are dangerous and unpredictable, and the message is simple: if it’s flooded, forget it,” said Mike Wassing, Queensland Fire and Emergency Services (QFES) Deputy Commissioner.

“Being FloodSafe is quite easy and if you follow a few simple steps you can help protect yourself, your friends and your family from the dangers of floods. Start by knowing the flood risk in your area, keep up to date with the latest weather information and warnings, follow the instructions of emergency services and never enter floodwater," Greg Newton, the NSW State Emergency Service Acting Commissioner stated.

The East Coast Low which caused extensive flooding in the southeast Australia in the beginning of June 2016. VIdeo credit: theweatherchaser.com

According to the newest study, conducted by Australian researchers, the occurrence frequency of major flood events along the eastern coast of Australia is on the rise, and one of the possible contributing factors is the ongoing change of climate. Research results suggest the frequency has approximately doubled over the last 150 years, and half of the observed increase occurred since the end of the 19th century. The scientists predicted the occurrence of east coast lows may become less common in the winter season, although the systems that form near the coast, responsible for causing the most significant damage, will likely occur more often.

The southeast Australia was already battered by severe weather conditions earlier this month. Severe storms caused major flooding, strong winds, and high surfs on June 4 and were responsible for several deaths on the occasion.