A strong rainstorm swept parts of Nagaland, India, on May 16, 2016. The reported damage includes numerous downed trees, power lines, and completely destroyed homes in several locations. Luckily, no fatalities have been reported.

Dimapur, Kohima, and Zunheboto suffered the hardest hit from the violent rainstorm. The city center in Dimapur was reportedly covered in dust, following the storm's passage, and the city's power supplies have been cut-off for a short period following the episode, as a precautionary measure. The National Highway-29 was blocked for traffic after the fallen tree branches were reported.

According to Er. Moameren, an executive engineer from Dimapur electrical division, reported that the HT and LT power lines sustained damage in the storm, heavily affecting the areas of Purana Bazaar and Naharbari.

In Kohima, the storm uprooted trees and inflicted damage to the roof of GPS T Khel model village. 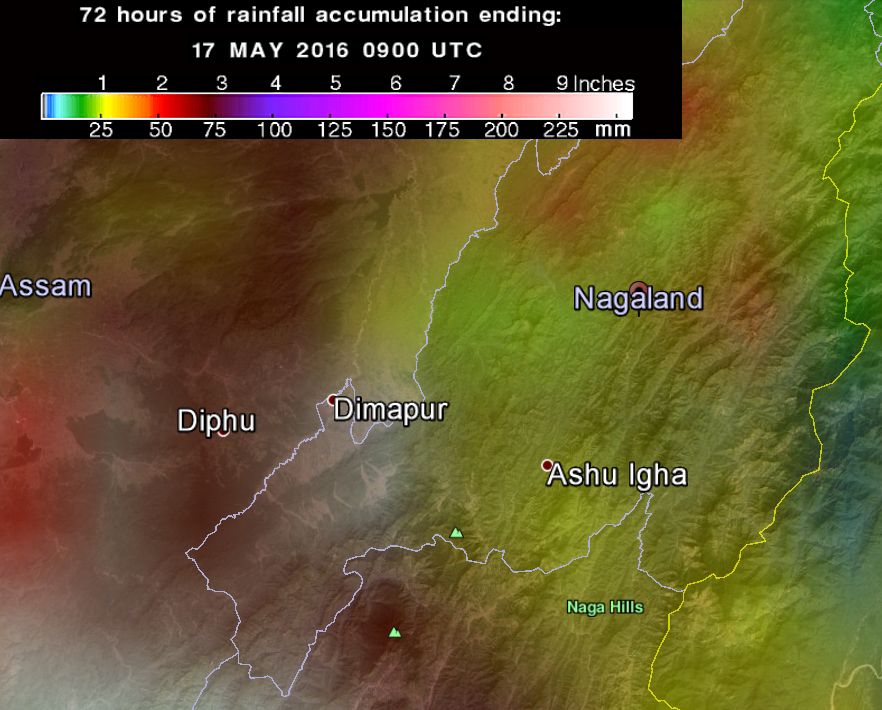 The Amiphoto Colony and North Point Colony in the town of Zunheboto also suffered a hit from the storm. 15 houses in the region were completely destroyed, and two people injured.