Intense thunderstorms lit the skies as an active front swept across the New Zealand on May 16, 2016. A massive storm sprouted about 30 000 lightning strikes, which is more than 3 000 bolts in a period of only two hours. According to Met Service, more severe thunderstorms, this time, accompanied by tornadoes could sweep the country on May 18.

At the height of the storm, between 4 000 and 5 000 lightning strikes were reported to hit in a period of only one hour, both over the land and sea on May 16. About 400 strikes were observed over the Waikato area, according to Tom Adams, a Met Service meteorologist. 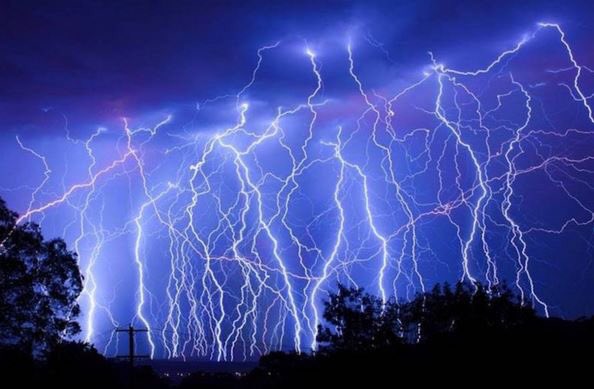 "Another front behind that brought thunder and lightning overnight from midnight until 2am. Although not as much as the first one, it was enough to keep some people up and brought a fair amount of rain with it. The reason there was a lot of lightning is the way the temperature was stacked in the atmosphere – it was very unstable," Adams said.

The severe weather downed numerous trees and power lines, and local fire services in Christchurch and Banks Peninsula have responded to 19 weather-related calls during the night. A massive hailstorm downed a ceiling at a private Taranaki hospital during the night of May 16, and the water leaked through the roof at the Omahanui Private Hospital in New Plymouth. Efforts are currently being made to assess the damage.

Another outbreak of severe weather was forecast for May 16, as a, very active, fast-paced, front could bring strong thunderstorms and tornadoes from mid-morning hours (local time) across the western parts of New Zealand.

Met Service has forecasted squally thunderstorms with wind gusts over 110 km/h (68.4 mph) and brief, but strong rainfalls of 25 to 35 mm/hr (0.98 to 1.4 inches/hr) in the region from the Waikato and Waitomo to the Kapiti Coast. Heavy rainfalls could trigger flash floods, in particular across the low-lying areas. The experts have also warned that the driving conditions could be dangerous due to flooding, slippery and low visibility conditions.

According to experts, the intense, changing weather pattern is typical for the coming autumn season.