A major earthquake measuring M4.2 on the Richter scale was registered 3.5 km (1.9 miles) under northern edge of the Bardarbunga volcanic craters at 00:10 UTC on April 8, 2016. This is the strongest quake to hit the volcano since it stopped erupting in February 2015. 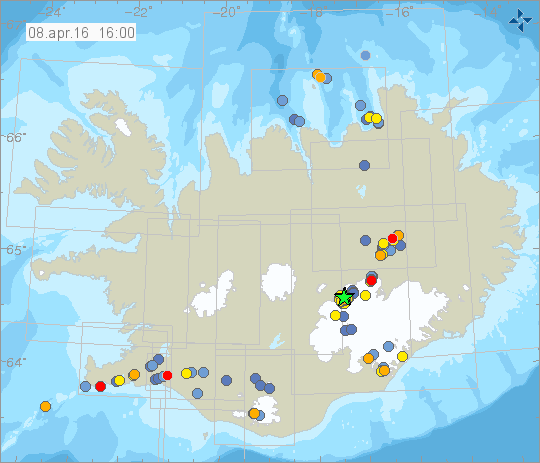 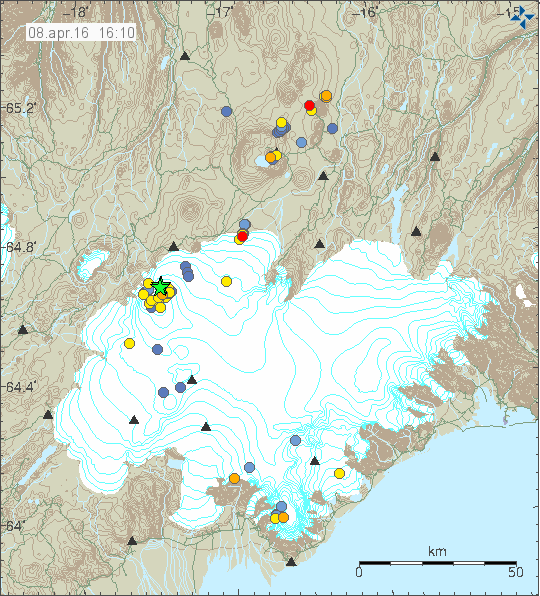 Martin Hensch, IMO's earthquake specialist, said that there is no evidence of lava movements or of any eruption activity connected to the earthquakes, but that the situation will be monitored carefully. There were two quakes in the same location on April 3, measuring 3.4 and 3 on the Richter scale. 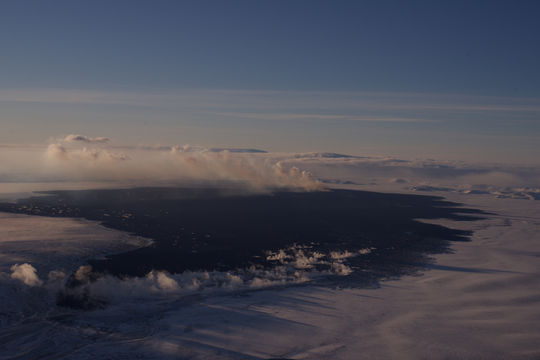 Seismic events in Bárðarbunga started August 16, 2014. Volcanic eruption began in Holuhraun August 31, 2014. This photo is taken January 31, 2015 of the lava field, by then closely approaching 85 km2. A month later, February 28, 2015, the eruption was declared over. Image copyright  Ólafur Sigurjónsson.

It is presumed that Jökulsárgljúfur and Ásbyrgi were created in such cataclysmic events in prehistoric times. Large jökulhlaup in Kelduhverfi in the 17th century are believed to be related to volcanic activity in Bárðarbunga.