Jono Matla, a photographer from Wellington, New Zealand, captured a bright green meteor flashing across the night sky around 21:00 local time on April 5, 2016.

The event started as a ball of orange and turned into a neon green as it streaked the sky over Waikanae, north of Wellington.

Matla posted the photo on his Facebook page saying he was out taking a six-shot panorama in Paraparaumu with a friend when he pressed the shutter button on his sky-facing Canon D and saw the neon spectacle overhead.

"I was taking a photo for 30 seconds and it was on a timer – I wasn't sure I'd captured it, but I was hoping like heck I had while I was waiting." 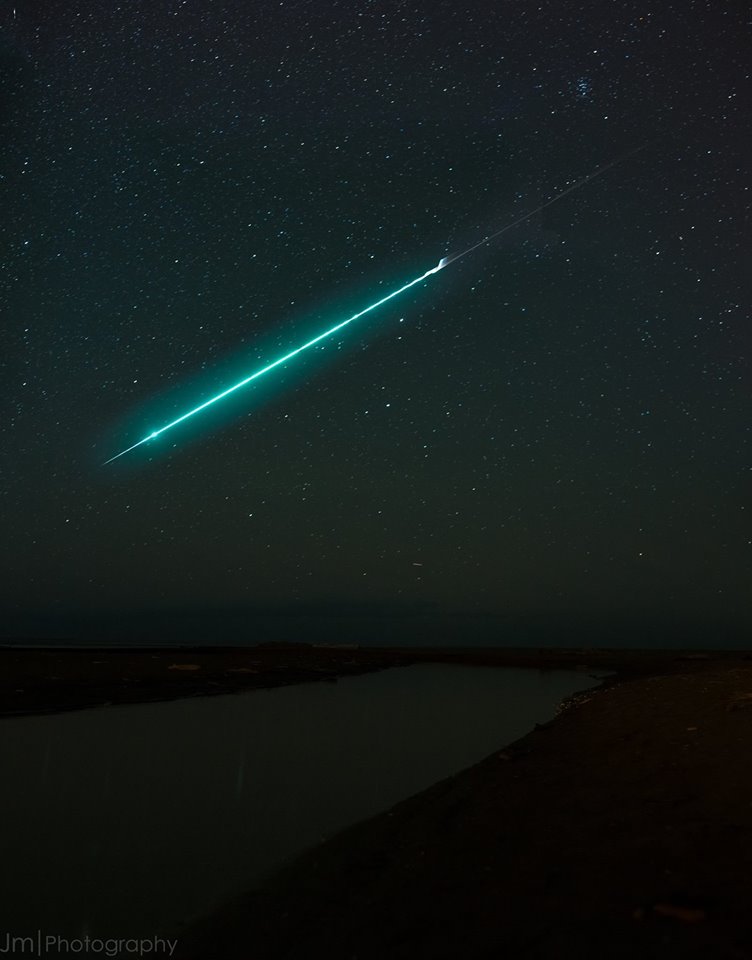 Dr. Grant Christie of Stardome Observatory said, as reported by WeatherWatch.co.nz, that fireballs as bright as last night's were reported about once or twice a year – but were seen in the early night sky only as often as around once a decade. He added the meteor Matla captured might have been as big as a tennis ball.

"They're fairly random, these ones… sometimes they'll also come in showers," Christie said. "The fireball would have burned up at a height more than 70 km (43.5 miles) above the Earth – larger objects that were big enough to create sonic booms when they disintegrated could come as close as 25 km (15.5 miles)."

Another bright meteor was captured on the same night over New Zealand. The video, sent to WeatherWatch today, was taken by Peter Firmin in the Rai Valley, near Nelson, South Island.

"It certainly caught my eye as it lit up the sky," Peter said. "I thought it was like something from out of star-wars when it just suddenly appeared as though coming out of a wormhole or something to that effect. It broke up into at least two pieces before disappearing."