An earthquake swarm that started after a magnitude 6.3 quake near Al Hoceima, northern Morocco (Strait of Gibraltar) on January 25 continues. This quake, preceded by M5.0 on January 21, occurred almost 12 years after the 2004 M6.3 Al Hoceima quake that caused more than 630 casualties. The January 25th quake was just 50 km (31 miles) north of the 2004 Al Hoceima epicenter. 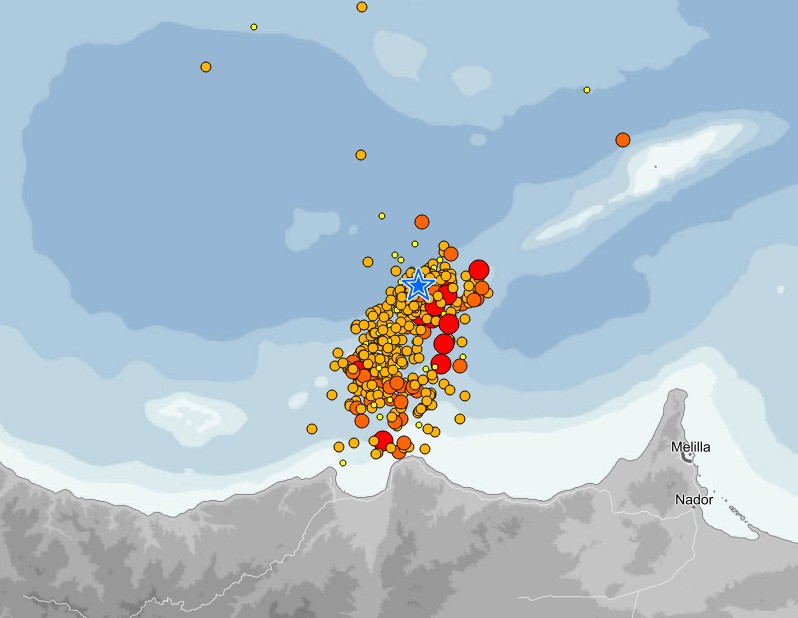 EMSC registered today's quake as M5.2 at a depth of 10 km (6.2 miles) and estimated there are ~2 million people living in the felt area. 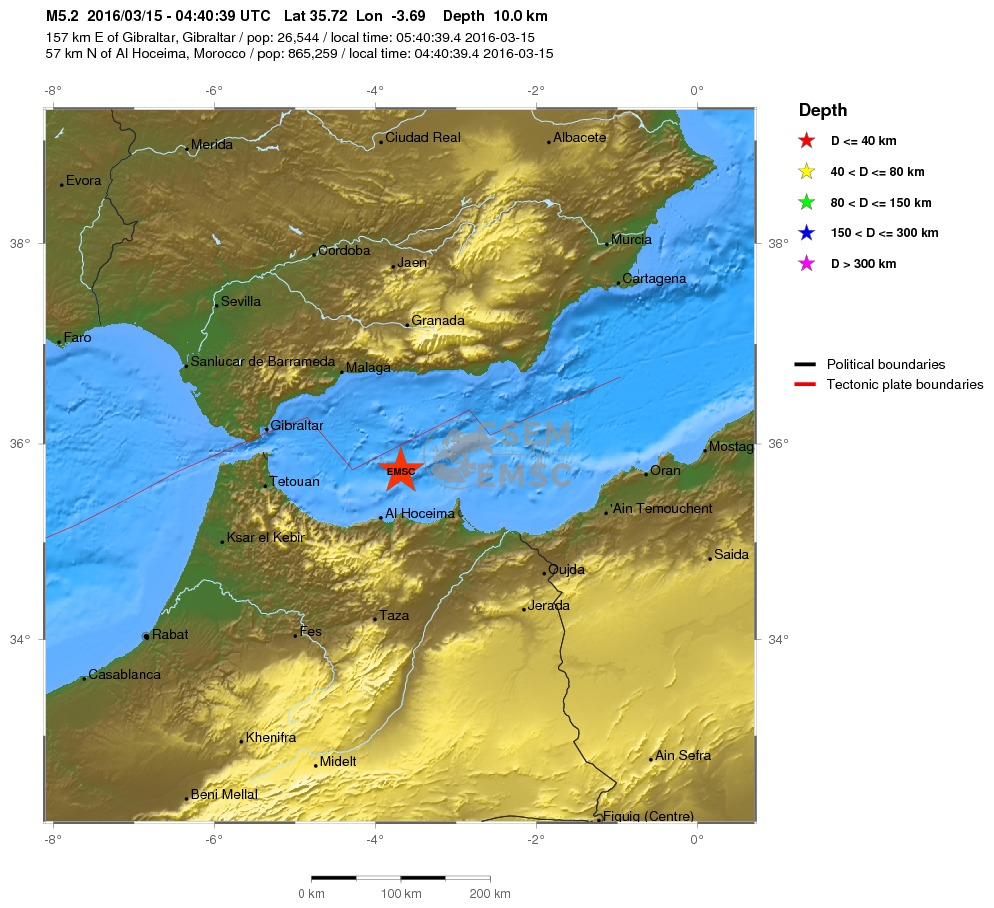 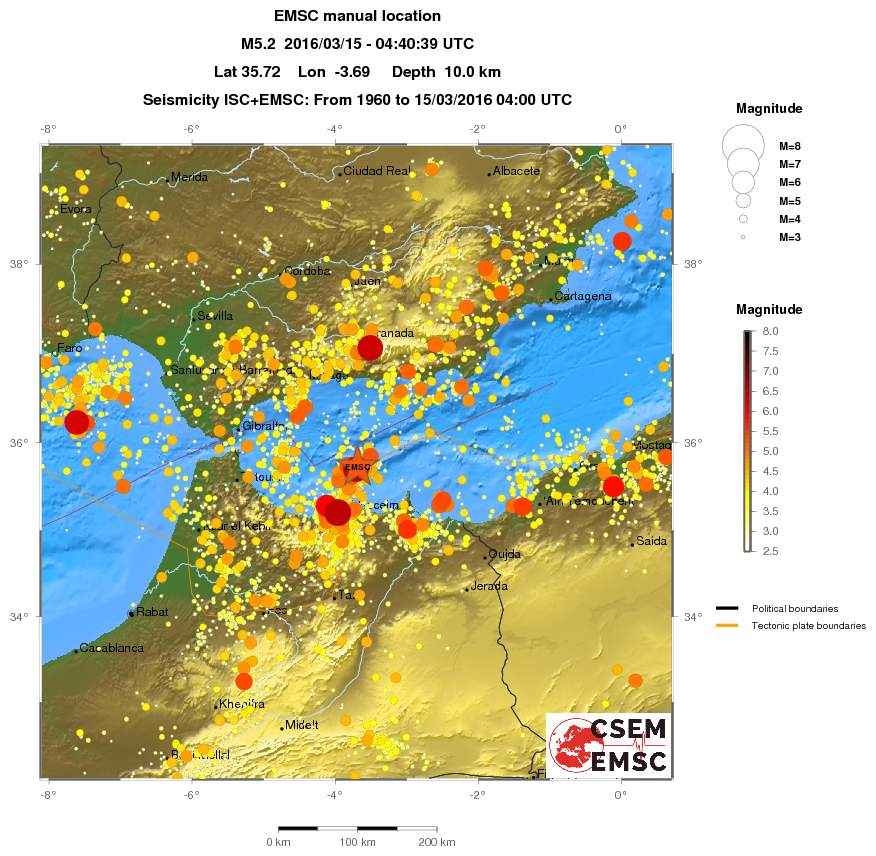 USGS recorded today's quake as M5.6 (epicenter 63 km (39 miles) NNE of Al Hoceima) at the same depth and issued a green alert for shaking-related fatalities and economic losses. There is a low likelihood of casualties and damage. 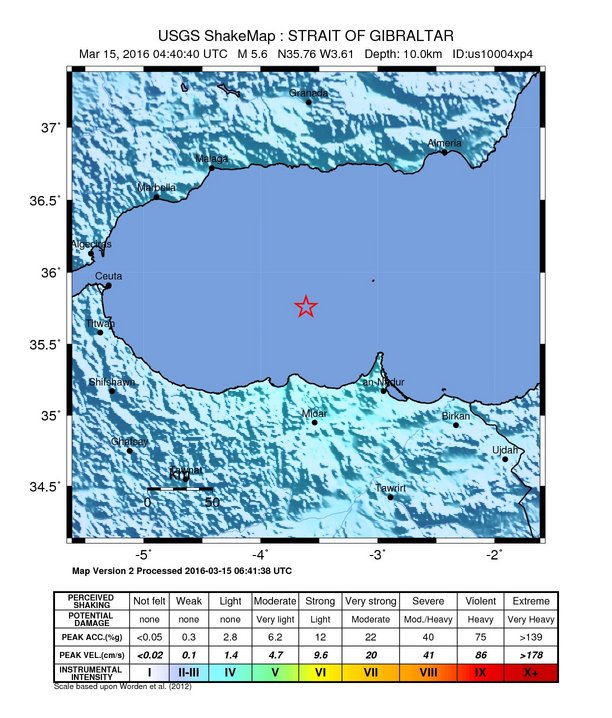 The 2004 M6.3 Al Hoceima earthquake (Mw 6.4 / USGS) occurred on February 24 at 02:27 UTC. According to the USGS, more than 571 persons (data by February 27) were reported killed and over 400 injured. Widespread damage to unreinforced mud brick and stone structures and concrete apartment buildings was reported in Al Hoceima and surrounding villages.

Early reports said that the worst damage was in the villages of Ait Kamara, Tamassint, Imzourn, and Tizi Ayash. Officials reported that more than 20 000 persons were homeless, either because their dwellings were destroyed or from fear of aftershocks. The earthquake was experienced both east and west of Al Hoceima and was felt widely in southernmost Andalucia and Murcia Provinces of Spain.

The earthquake occurred near the eastern end of the Rif mountain belt, which is part of the diffuse boundary between the African and Eurasian plates. The epicentral region is the most seismically active area in Morocco.

The geologically prominent Nekor fault lies about 30 km (18.6 miles) to the southeast of the February 24 earthquake. Numerous northeast-southwest trending faults occur in the epicentral region.

The February 24, 2004, quake occurred near the epicenter of the May 26, 1994, magnitude 6.0 Al Hoceima earthquake that injured one person and caused significant damage to adobe buildings.