The Malaysian state of Sarawak on the Borneo Island suffered a third wave of flooding this year since another round of heavy rainfalls began on February 27, 2016. In total 631 people were evacuated at the peak of flooding. Luckily, no deaths or injuries occurred.

Strong flooding and landslides were reported in Serian district while Padawan, Penrissen and Bau-Lundu were also affected by severe weather conditions. 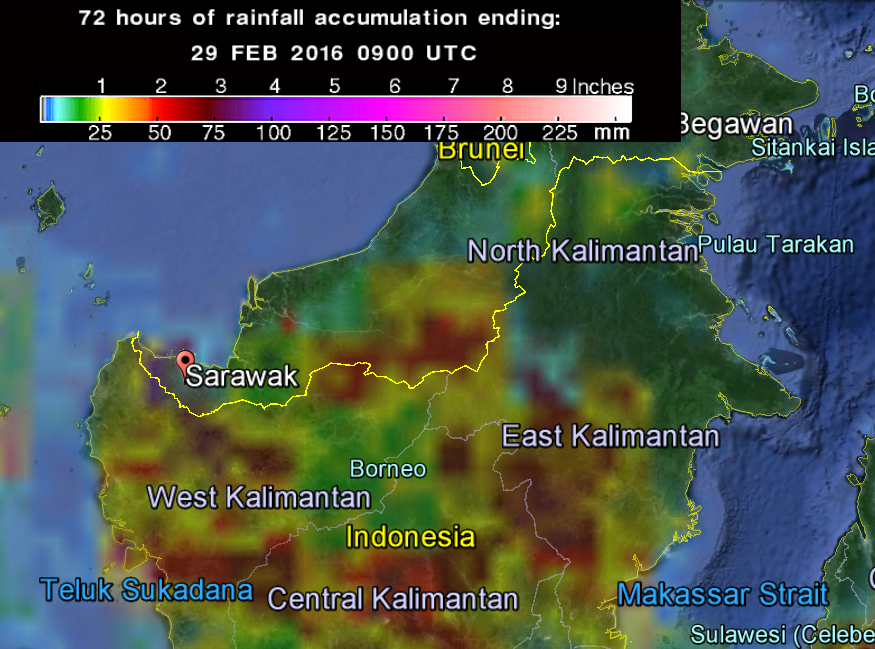 300 mm (11.8 inches) of rainfall was recorded in Kuching in a 24 hour period between February 27 and 28. Abundant rainfall triggered floods as little less than 70 cm (27.5 inches) of water rushed through some of the streets. The city's drainage system is only capable of holding 180 mm (7 inches) of rain. Luckily, by the next morning, most of the flood water receded.

Two flood evacuation centers have been set up at the height of the flooding, according to media reports. The number of displaced people has dropped to 60 since then, according to the Malaysia disaster management authorities.

Gosh. Whole kuching flood. Behind my house, next door neighbor and in town! pic.twitter.com/vtiKtgidPN

Kuching area already suffered extensive flooding this year. 1 361 people have been evacuated in Taman Malihah and Kampung Sungai in the state of Sarawak after torrential downpours in the early February 2016 and 7 931 people have been displaced after an outbreak of severe weather on February 19.