Severe floods, resulting from torrential downpours over the last 4 days, have hit the states of Johor, Melaka, Negri Sembilan and Sarawak in Malaysia. Two deaths have been reported so far, and at least 1 600 people have been displaced.

Disaster management authorities have set up 24 evacuation centers across the affected areas.

Kuching area suffered the hardest strike as 1 361 people have been evacuated in Taman Malihah and Kampung Sungai in the state of Sarawak.

DTN Russia: Some 4,600 Flood Victims Evacuated in Western Malaysia: Around 4,600 people have been placed in ev… https://t.co/8PNKdGD9Tl

The Sungai Asahan and Sungai Cohong rivers overflew their banks on February 6, 2016, leaving 133 people displaced in Ledang, Johor. The overflowing Malacca River and flash floods resulting from heavy rainfall have affected 8 000 people across the districts of Alor Gajah and Jasin in Melaka.

The Negri Sembilan state has also been affected by extreme weather conditions, and 400 people were displaced, as of February 7. 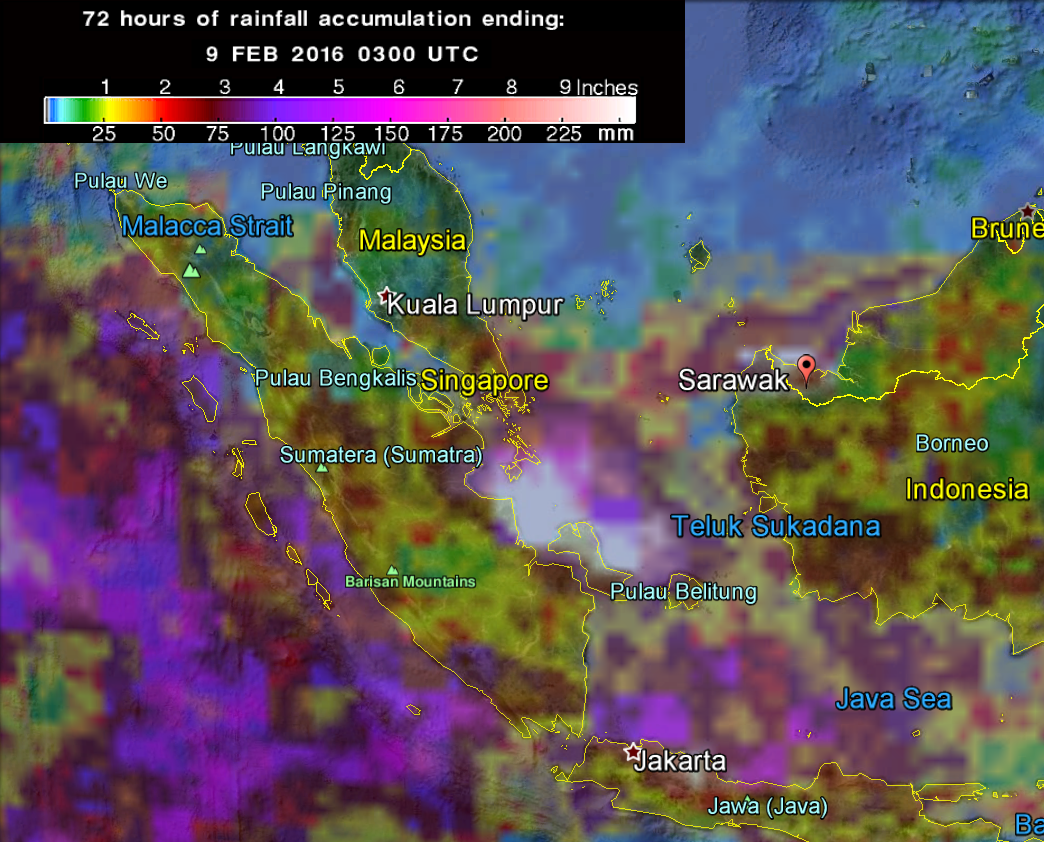 Malaysian Meteorological Department issued no further warnings for heavy rain and strong winds as of February 9.