Proba-V is a small ESA's satellite the task of which is to map land cover and vegetation growth across the globe every two days. It is capable of collecting blue, red, near-infrared and mid-infrared wavelengths in a 2 250 km (1 398 miles) wide swath at a resolution of 300 m (984.3 feet), down to 100 m (328 feet) in its central view field.

The satellite has been monitoring the saline Poop ó Lake throughout its drying out period. The lake has been spreading across 3 000 square km (1 200 square miles) during its famous days. However, it was typically up to 3 m (9 feet) deep at most, and that made it particularly vulnerable to fluctuations in local precipitation. 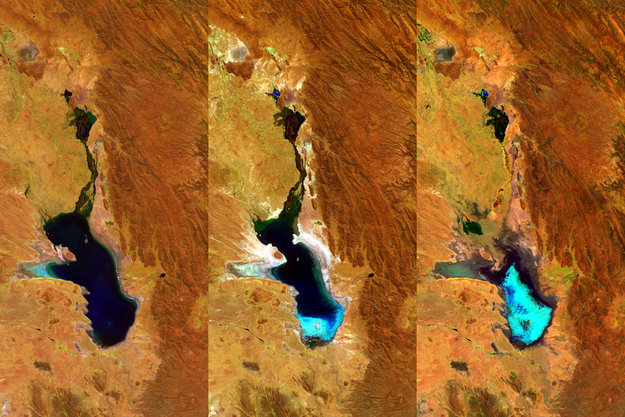 The two images below are collected by the NASA's OLI on Landsat 8 and show the lake in April 2013 and January 2016 when the lake had already dried up. 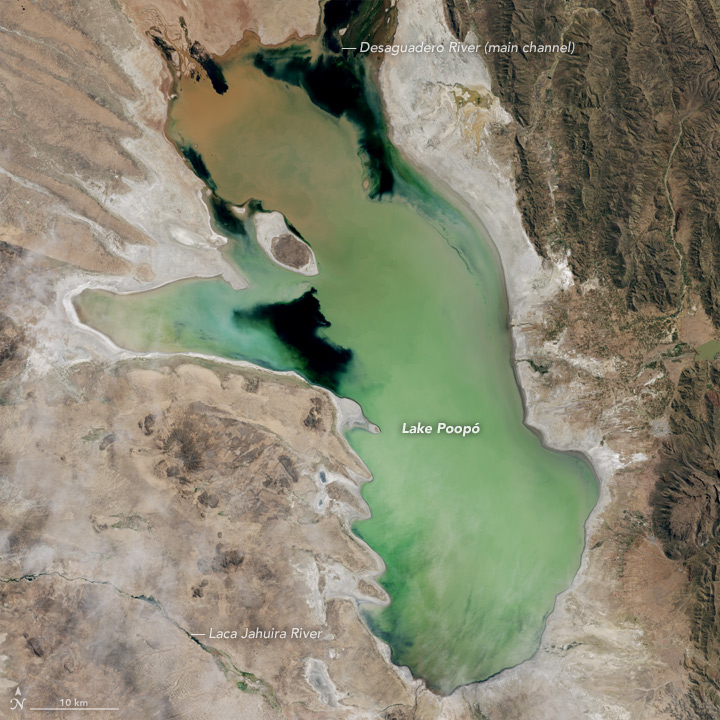 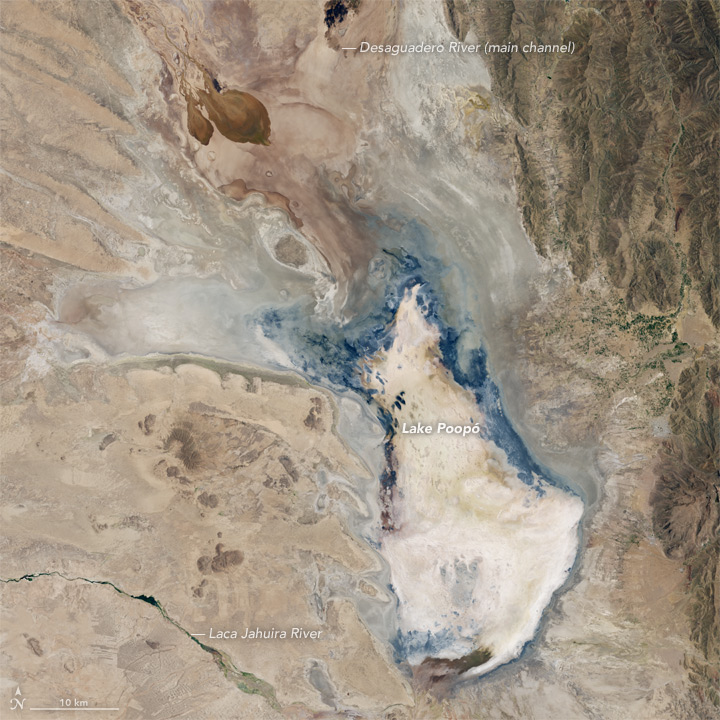 During a typical wet season, from December to March, the rainfall acts to recharge the lake directly and indirectly via increased inflow from the Desaguadero River. However, the drought was still persistent throughout January 2016.

The lake's evaporation has been linked to diversions of its water sources for mining and agriculture, and a persistent drought in the region associated with the El Niño phenomena. Lake Poopó dried out in 1994, as well, however, it will probably take a long time for it to fill up again on this occasion.