Continuous lack of rainfall since October 2015 caused a severe drought across the affected portions of southern Africa while persistent heavy precipitation in other areas continues to threaten with flooding, the Famine Early Warning Systems Network (FEWS NET) announced on February 5, 2016. 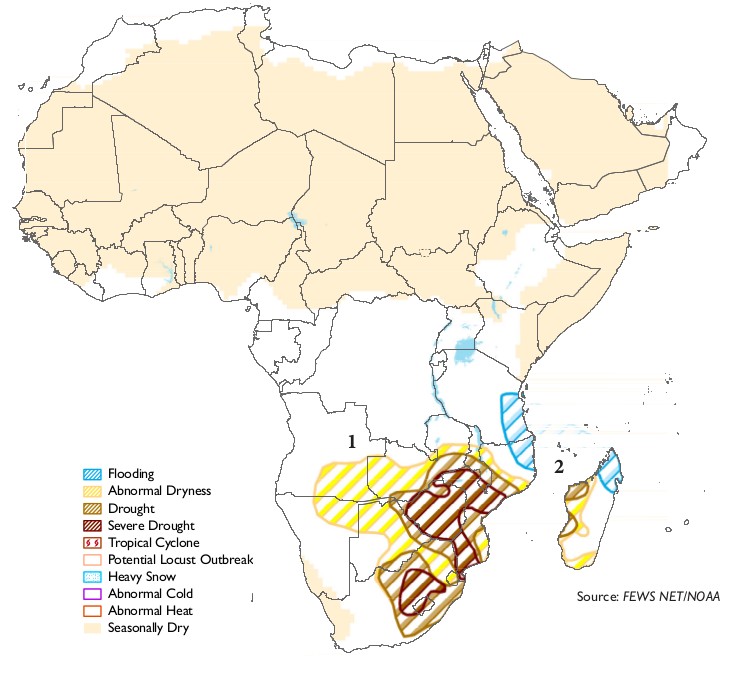 On the other hand, more heavy rainfall will continue to batter northern Madagascar, northern Mozambique and southern Tanzania. FEWS NET warns the abundant precipitation will likely cause swelling of streams and rivers inundation of the already water-saturated grounds. 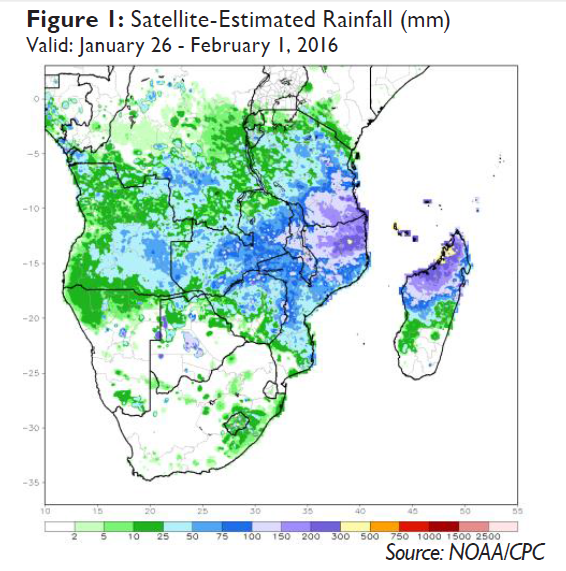 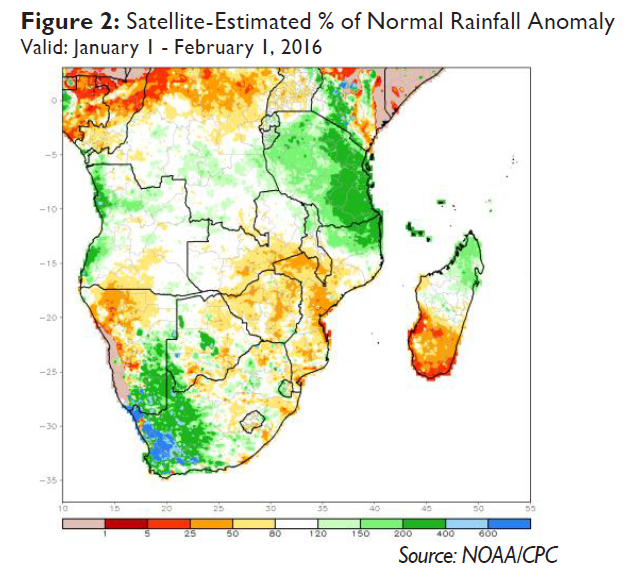 Large portions of Botswana and South Africa still records below average amounts of rainfall. The most significant rain deficit was observed over western Madagascar, southern Zambia, central and western Mozambique.

Infrequent and low amounts of precipitation across parts of the Free State and North West Provinces of South Africa are beginning to produce a negative impact on the ongoing cropping activities across the regions.

Numerous regions in eastern Zimbabwe and Mozambique are still reporting less than a quarter of their average rainfall since January 2016, despite last week's rain intensification. A rapid increase in moisture deficit has been recorded across these regions as the usual monsoon rainfall is higher and more frequent when compared to other parts of southern Africa.

Approximately 14 million people in southern Africa are currently facing hunger, and these number are expected to rise during 2016, according to the World Food Programme.

"Worst affected in the region by last year’s poor rains are Malawi (2.8 million people facing hunger), Madagascar (nearly 1.9 million people) and Zimbabwe (1.5 million) where last year's harvest was reduced by half compared with the previous year because of massive crop failure," the WFP stated.

Heavy rainfall could lead to flooding

Increased and more frequent rainfall was reported across large parts of Angola and South Africa in January 2016, as the, usually earlier monsoon associated rainfall, finally set in. 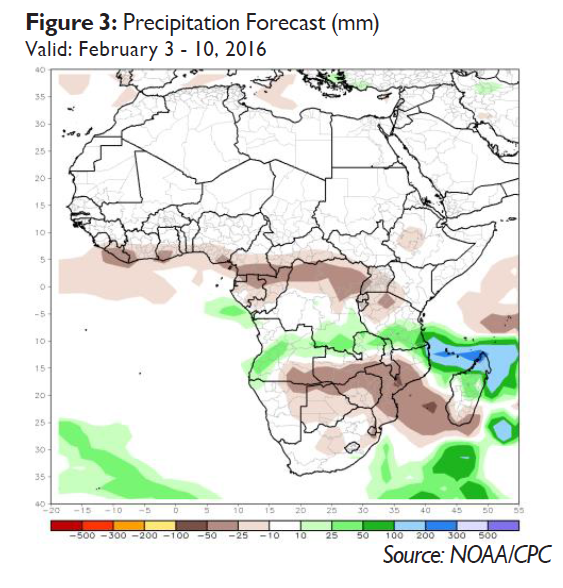 According to the forecast, the heavy rainfall over southeastern Africa is set to continue throughout the week, although the southern end is expected to move northward which will most likely again lead to abnormally dry conditions over Zambezi River basin and southern Madagascar.

Higher than average weekly rainfall accumulation above 200 mm (7.9 inches) has been forecast in coastal parts of northern Mozambique, southern Tanzania, and northern Madagascar where flooding conditions will likely arise.