The low pressure Atlantic front "Golia" brought a spell of extreme weather throughout Italy over the weekend. Rain and storm surge affected the south while snow hit the north of the country. 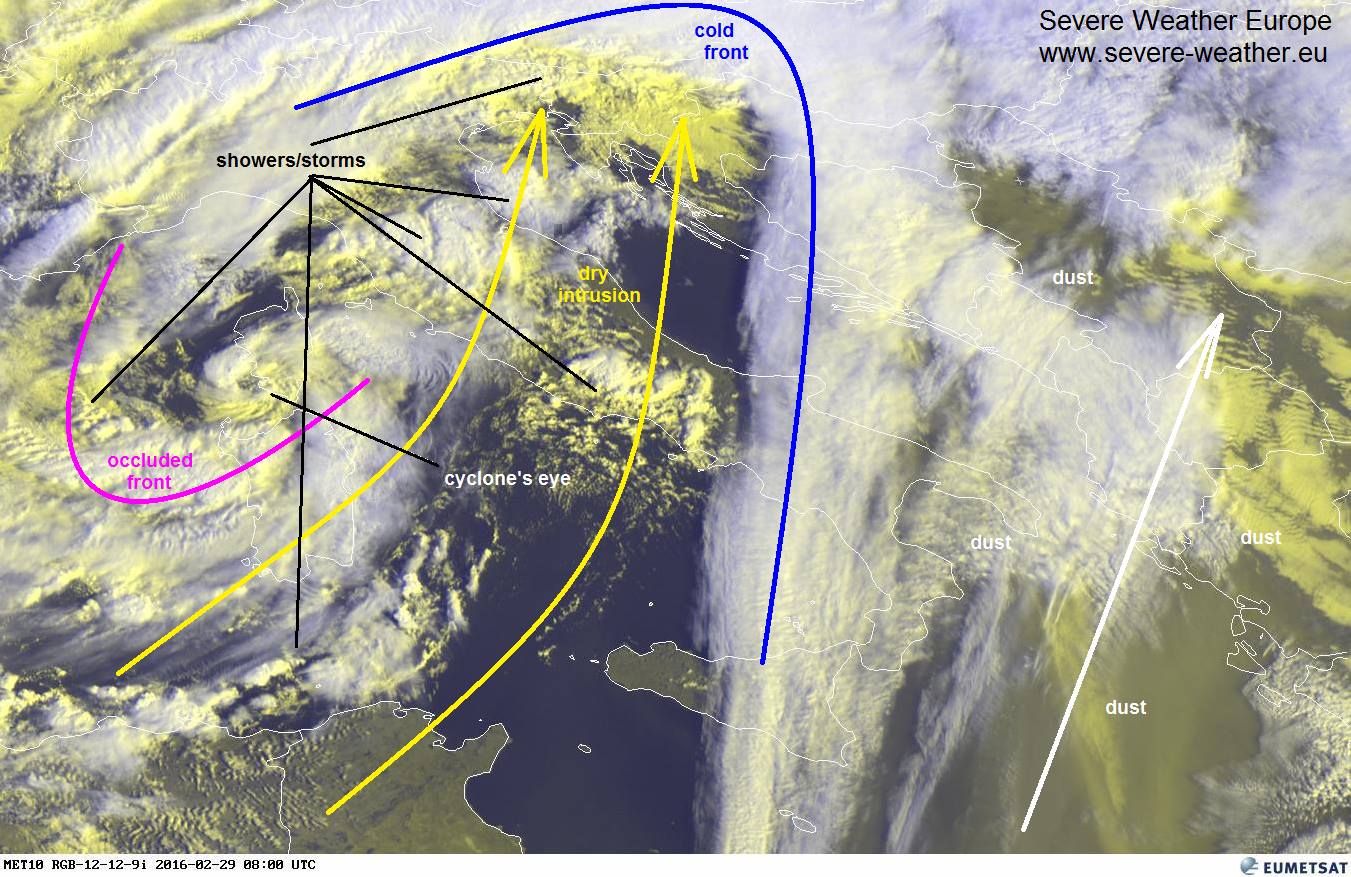 A large cyclone over the Mediterranean: the main cold front has been pushed across the Adriatic sea and N Balkan's countries this morning, followed by powerful dry intrusion from the south Mediterranean. Cyclone's eye can be visible along the SW coast of Corsica island, surrounded by occluded front to its west and south. The huge Saharian dust load across S Italy, Ionian sea and S Balkan peninsula. As the low progresses further ENE today, expect widespread showers/storms within the colder/drier mid levels. Image credit: EUMETSAT via Severe Weather Europe

In Sant'Angelo in Pontano, one person died after a car fell into the flooded river while another man drowned in the Tione River near Villafranca di Verona.

Intense wind gusts toppled several trees the south of Italy. One person got hit by a tree in Candidoni, Calabria, while two others died in Sessa Aurunca, Campania. 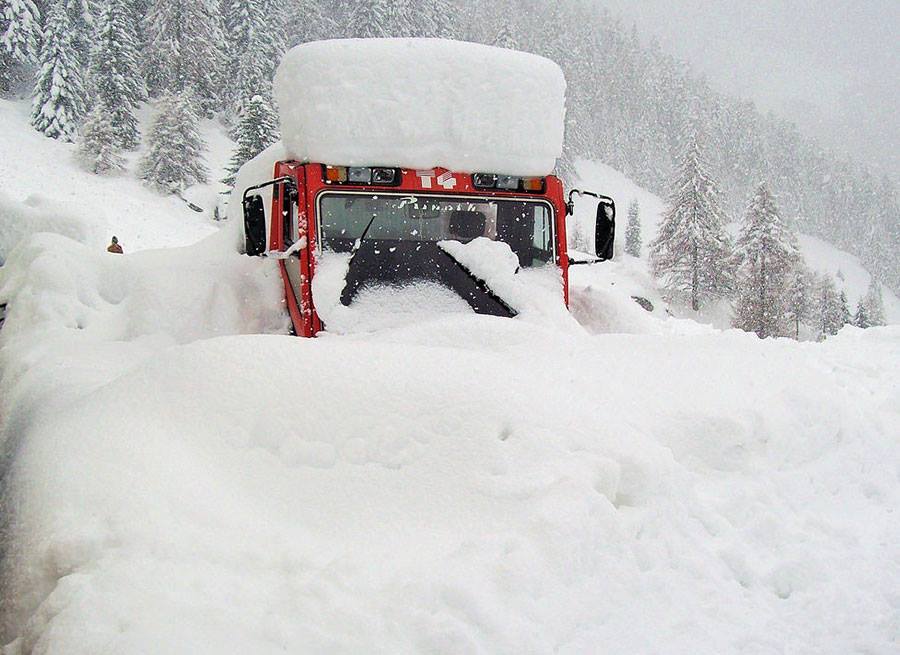 A train connecting Biella to Novara was derailed in Piedmont Region after extreme weather conditions triggered a landslide. No injuries were reported. Communications routes to France also suffered severe interruptions after an intense snowstorm brought up to 90 cm (35.4 inches) of precipitation at the Tende pass, which connects the Cuneo Province and the Alpes-Maritimes Department in France.

In less than 1 hour St.Mark's square will be completely flooded #Venice #Italy #acquaalta One Day in Venezia #flood pic.twitter.com/emwJhIqMm8

A widespread power outage affected part of the Savona Province in Liguria while the storm surge in southern Italy caused traffic interruptions between Naples and the Phlegraean Islands. Ischia, Capri and Procida are reported isolated from the mainland.

The National Aeronautic Meteorological Service has forecast the severe weather will continue until late February 29 (local time). Strong storms have been expected across the northern Italy and along the Tyrrhenian coast. Experts warn the river levels are rising, and the soil is becoming increasingly saturated, a situation which holds potential for more damage and risk of life loss.