The UK Met Office has confirmed today that December 2015 has broken records for both rainfall and temperature.

"The month was not only the wettest December on record, but also the wettest calendar month overall since the records began in 1910," Met Office said. "Looking at the data for the whole year, 2015 was the sixth wettest year on record."

With 191% of average rainfall, it was provisionally the wettest December, and calendar month, in the UK series. Rainfall reached 2 to 4 times the average in the west and north, and the severe flooding was exacerbated by saturated ground conditions following very wet weather in November in these areas. Fortunately, rainfall totals were close to average over much of central and southern England.

There were only 73% of average hours of bright sunshine, and it was provisionally the dullest December since 1989. 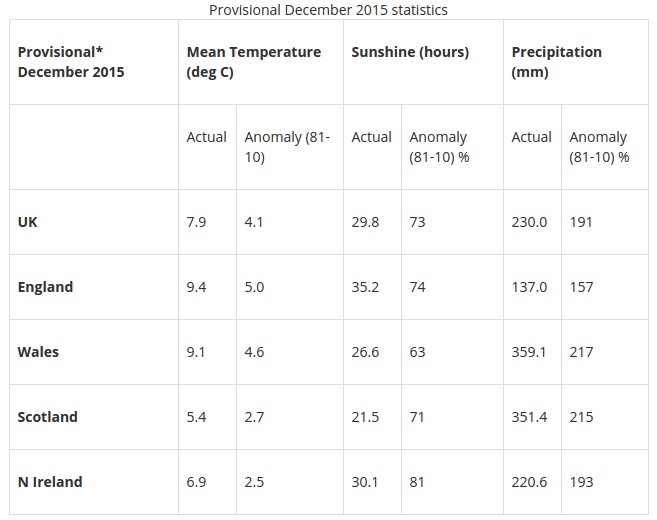 *Data from the Met Office's UK digitised records dating back to 1910.

There has been a marked contrast in rainfall across the UK. 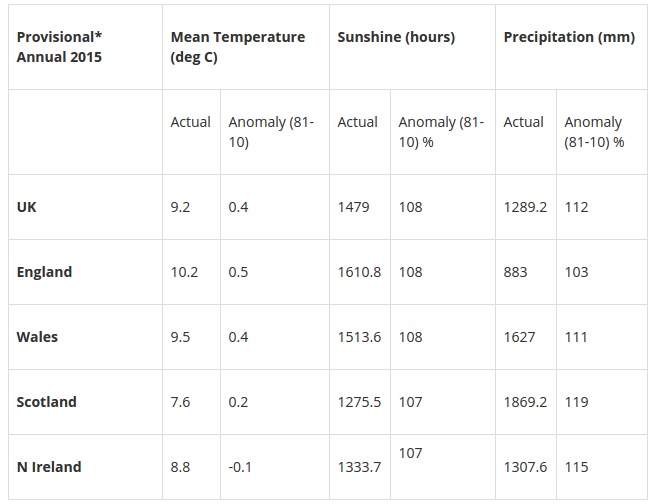 *Data from the Met Office's UK digitised records dating back to 1910.

North west England has also seen record-breaking December rainfall, while for central and southern England it has been average.

The overall UK figure is influenced largely by the fact that Scotland, Wales and north west England have had an unusually wet year – 2015 end up being the second-wettest year since 1910 for Scotland, with only 2011 having been wetter.

The UK monthly extremes for December 2015 were as follows: