The biggest step so far toward the world's goal of providing clean, virtually limitless energy resources has been made, as the scientists at the Max Planck Institute for Plasma Physics (IPP) in Greifswald, Germany produced the first helium plasma. The plasma was produced by the Wendelstein 7-X fusion device, after years of construction work and tremendous effort, on December 10, 2015. The next step following the major breakthrough is to investigate the possibilities of using this type of device for producing power.

The main assembly of the Wendelstein 7-X, world's largest stellarator device, was completed in April 2014 and the scientists have been preparing the large experiment since. On December 10, the experiment started; the magnetic field was put into operation and initiated the computer-operated control system, which fed one milligram of helium gas into the evacuated plasma vessel, switched on the microwave heating for a short 1.3 MW pulse and produced the first plasma.

"We’re starting with a plasma produced from the noble gas helium. We’re not changing over to the actual investigation object, a hydrogen plasma, until next year. This is because it’s easier to achieve the plasma state with helium. In addition, we can clean the surface of the plasma vessel with helium plasmas," said Professor Thomas Klinger, the leader of the project. 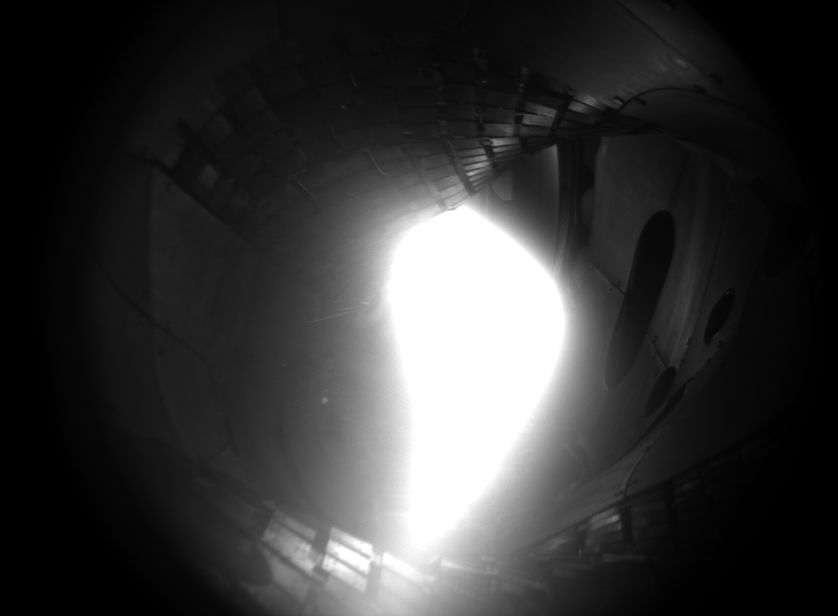 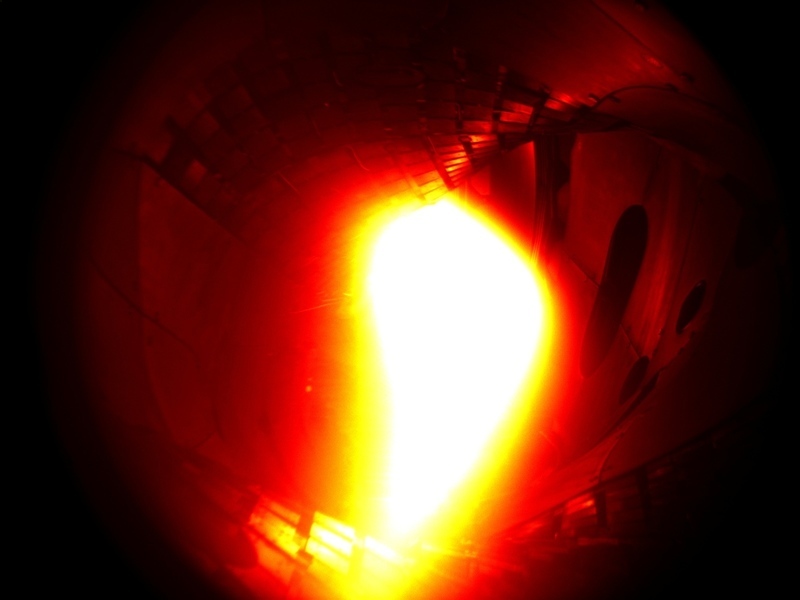 The first plasma in Wendelstein 7-X. It consisted of helium and reached a temperature of about one million degrees Celsius, December 10, 2015 (coloured black-and-white photo). Image credit: IPP

The first produced plasma reached temperatures of about on million degrees and lasted for one tenth of a second. After this first step was successfully achieved, the goal is to extend the duration of the plasma discharges and to investigate the best possible ways of producing and heating helium plasmas using microwaves. The study will continue in January to prepare the way for producing the first plasma from hydrogen.

The final goal of the research is developing a climate friendly power source, capable of harvesting energy from the fusion of atomic nuclei. The fusion fire only ignites at temperatures above 100 million degrees, and it is highly important that the thin hydrogen plasma doesn't make contact with cold vessel walls. Therefore it floats, free from contact, within the interior of a vacuum chamber, confined by the magnetic field cage. 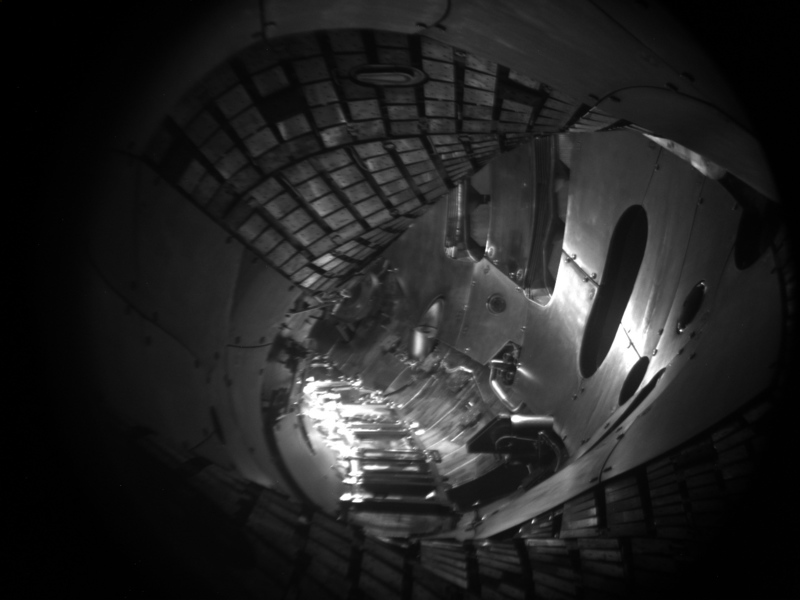 View into the empty plasma vessel, recorded by a black-white-camera installed inside the plasma vessel. Image credit: IPP

Two designs have been proposed for the magnetic field cage – the so-called tokamak and the stellarator. In Germany, the Tokamak ASDEX Upgrade is in operation in Garching and the Wendelstein 7-X stellarator, in Greifsis, began to operate successfully, as of December 10.

The stellarator consists of 50 superconducting coils, 3.5 meters (11.5 feet) high and its special shape results from refined optimization calculations carried out to find a heat insulating magnetic cage. The magnetic coils are threaded onto a ring-shaped plasma vessel, encased by a steel shell, and cooled down to superconducting temperatures, close to absolute zero, in the vacuum created inside the shell. They consume very little energy, and are capable of keeping 30 cubic meters (1 059 cubic feet) of ultra-thin plasma suspended inside the plasma vessel. 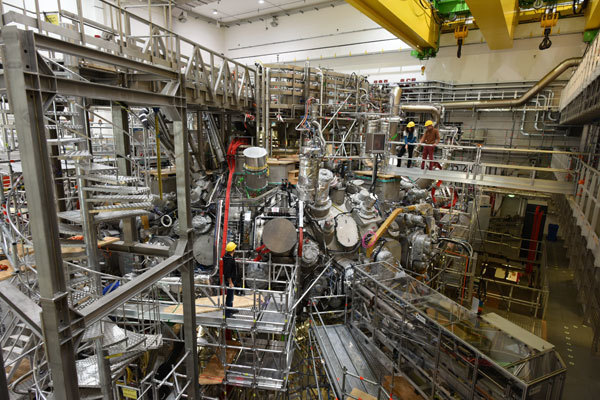 At the moment, experts consider only tokamak can produce energy-supplying plasma, and the international test reactor ITER is currently undergoing construction in Cadarche as a part of worldwide collaboration.

Wendelstein 7-X has not been intended to produce energy but to show that stellarators are also suitable for a power plant. With the quality of plasma equilibrium and confinement, it has been put on a par with tokamak for the first time. If the scientists succeed to produce plasma disharges lasting for 30 minutes, the device will demonstrate its fundamental advantage, the ability to operate continuously. Tokamaks, on the other hand, are capable of operating in pulses without auxiliary equipment.

€370 million has been invested into Wendelstein 7-X by the federal and state governments and the EU, so far.

Featured image: The first plasma in Wendelstein 7-X. It consisted of helium and reached a temperature of about one million degrees Celsius, December 10, 2015 (coloured black-and-white photo). Image credit: IPP