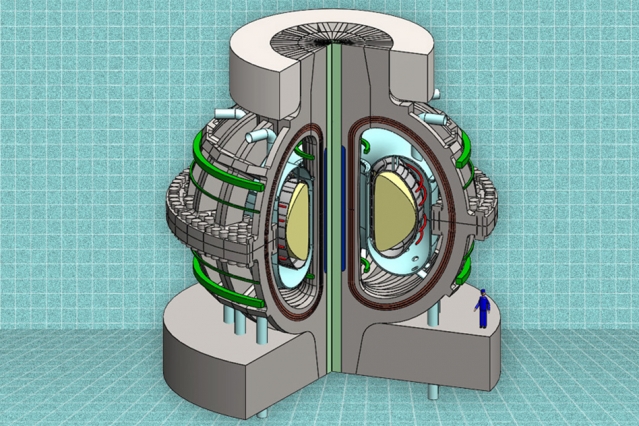 The scientists from Massachusetts Institute of Technology have proposed a new design for a practical, efficient fusion reactor, aided by the advancement of superconducting technology. It seems the era of practical fusion power could be arising sooner than previously thought, as the new project shows the potential of introducing a small fusion plant as a new power source, capable of supplying the electricity to about 100 000 people.

The MIT team suggested that new commercially available superconductors could be used to produce high-magnetic field coils, according to Dennis Whyte, a professor of Nuclear Science and Engineering and director of MIT's Plasma Science and Fusion Center.

The strong magnetic field produced in that way could enable containment of the superhot plasma, a necessary working material of the fusion reaction, in a much smaller capsule than previously thought. Reduction in size would, on the other hand, significantly speed up the construction process, and make the whole system much more cost effective.

Fusion is the nuclear reaction believed to be powering the Sun. It involves fusing pairs of hydrogen atoms together to form helium, and in this process, huge amounts of energy are released. The strong magnetic field becomes of the utmost importance during the confinement of the superhot plasma, while heating it to temperatures higher than the cores of the stars. The magnetic fields effectively traps the heat and particles in the hot center of the device.

The new superconductors are strong enough to increase fusion power by about a factor of 10 in comparison with the standard superconducting technology. This improvement opens a whole new world of possibilities for potential improvements in reactor design. 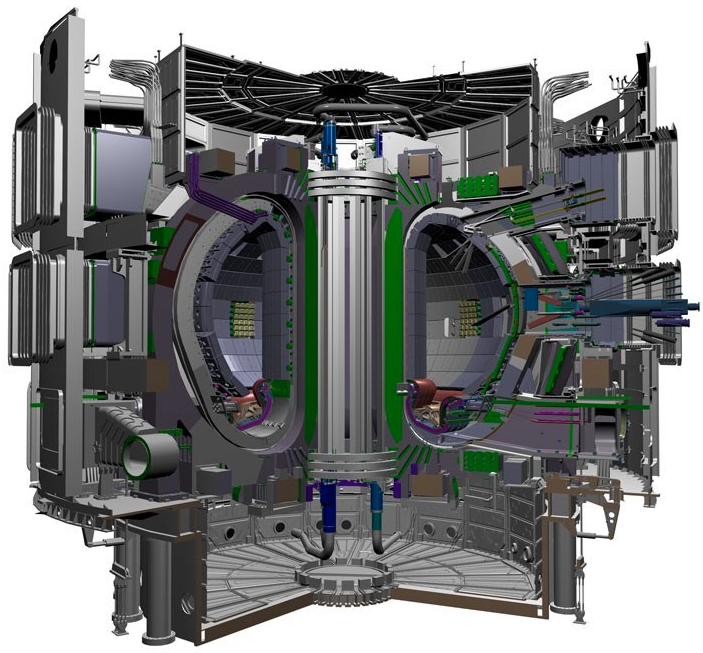 The most powerful planned fusion reactor so far, is a huge device called ITER. The device is under construction in France, and it was designed before the new superconductors became available. Its expected cost is about $40 billion. The MIT research team has estimated that a new design, the so-called ARC, with about half the diameter of ITER, would produce approximately the same power, and save the cost as well as the construction time.

The new superconducting magnets would also enable the reactor to operate in a sustained way, producing a steady power output.

The proposed reactor is designed using a donut-shaped ("tokamak") geometry and was published in the journal Fusion Engineering and Design and is available online since July 2015. A reactor prototype is designed for basic research and as a potential prototype power plant which could produce significant power.

“The much higher magnetic field, allows you to achieve much higher performance,” said Sorbom, the co-author on the paper.

Another key advance is a new design for removing the fusion power core from the tokamak without dismantling the entire device. Also, the solid blanket materials used so far to surround the fusion chamber in such reactors would be replaced by a liquid material which can easily be circulated and replaced, the fact which eliminates the need for costly replacement procedures as the materials degrade over time.

“It’s an extremely harsh environment for [solid] materials,” Whyte said, "so replacing those materials with a liquid could be a major advantage."

The current design should be capable of producing about three times as much electricity as is needed to keep it running. According to Sorbom, current design could be improved to increase that proportion to about five or six times, and provide electricity to about 100 000 people. This would be a major breakthrough in fusion technology, as no fusion, so far has produced as much energy as it consumes.

Sources: Massachusetts Institute of Technology, The Abstract of the paper – Fusion Engineering and Design