The amount of gas and the presence of volcanic tremor was observed in October, and a team of volcanologists completed their surveys this week. GNS experts measured minor amounts of ground deformation over the last months and established it was ranging between 20 and -12 mm (0.7 and – 0.47 inches). A small increase in the CO2 soil gas flux of the order between 660 and 750 grams per square meter per day was also estimated in the same time period. 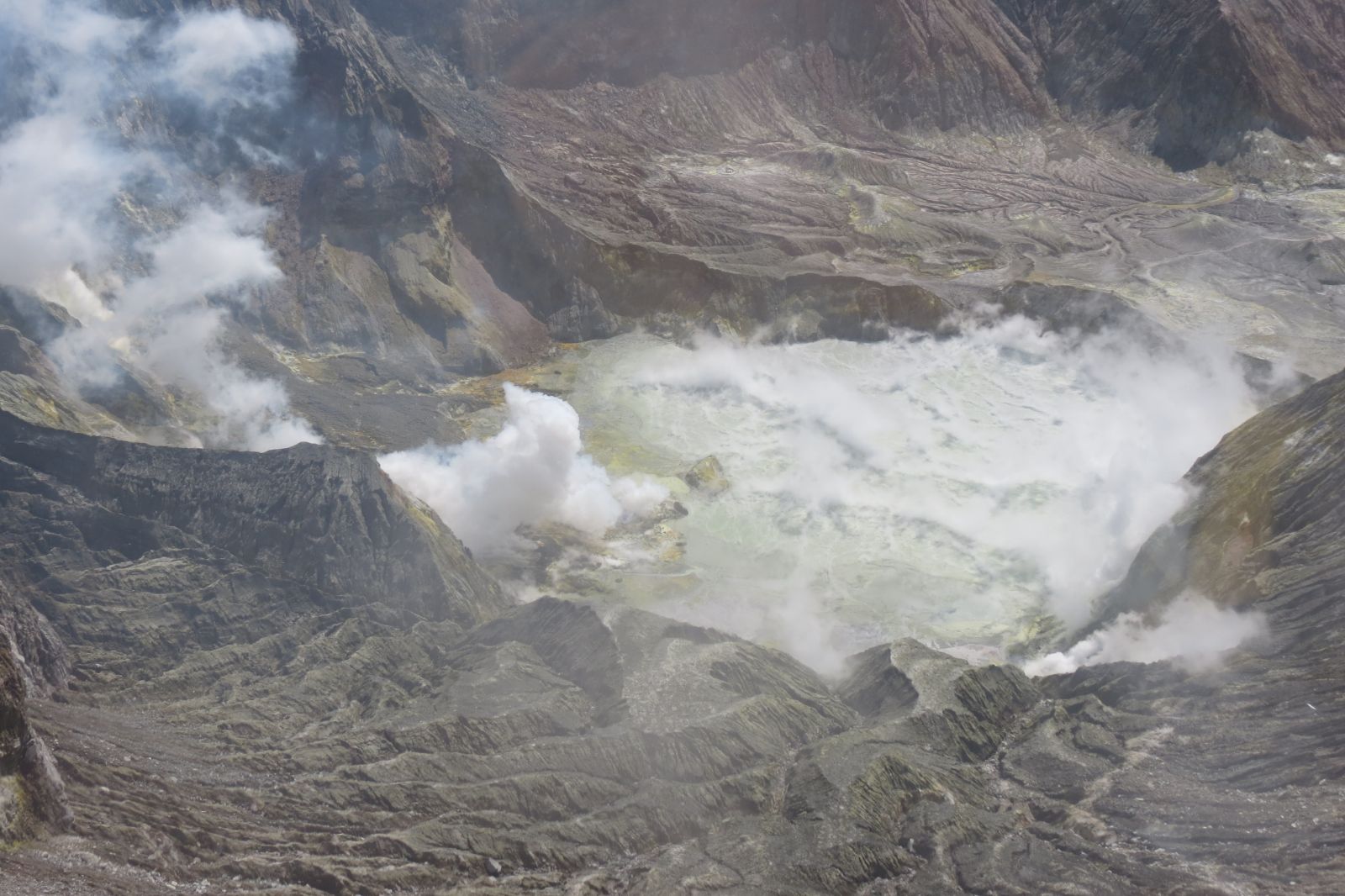 Volcanic tremor was on the constant rise for the last 2 months, although it is still below the levels observed in 2012. Since November 18, an increase from 2 000 to 2 200 tonnes per day was observed for CO2 output, while the SO2 output fell from 400 to 340 tonnes per day together with the output levels of H2S which dropped from 26 to 15 tonnes per day.

The Volcanic Alert Level remains at Level 1, signaling a minor volcanic unrest. Typical volcanic unrest hazards like hot grounds and gas remain, A range of activity can occur under these conditions with little or no useful warning.

Uninhabited 2 x 2.4 km (1.2 x 1.5 miles) White Island, one of New Zealand's most active volcanoes, is the emergent summit of a 16 x 18 km (9.9 x 11.2 miles) submarine volcano in the Bay of Plenty about 50 km (31 miles) offshore of North Island. The 321 m (1 053 feet) high island consists of two overlapping andesitic-to-dacitic stratovolcanoes; the summit crater appears to be breached to the SE because the shoreline corresponds to the level of several notches in the SE crater wall.

Volckner Rocks, four sea stacks that are remnants of a lava dome, lie 5 km (3.1 miles) NNE of White Island. Intermittent moderate phreatomagmatic and strombolian eruptions have occurred at White Island throughout the short historical period beginning in 1826, but its activity also forms a prominent part of Maori legends. Formation of many new vents during the 19th and 20th centuries has produced rapid changes in crater floor topography. Collapse of the crater wall in 1914 produced a debris avalanche that buried buildings and workers at a sulfur-mining project.