A raging storm, similar to the Jupiter's Great Red Spot, discovered by NASA's Kepler and Spitzer space telescopes has been pictured in a vivid artist's animation video.

The star named W1906+40, located approximately 53 light years away in the Lyra constellation, belongs to a thermally cool class of objects, the so-called L-dwarfs. Some of these objects are considered stars due to their capability to fuse atoms and generate light, while the rest of them, the 'failed stars' or brown dwarfs don't have this capability. The W1906+40 is considered a star, based on its estimated age. 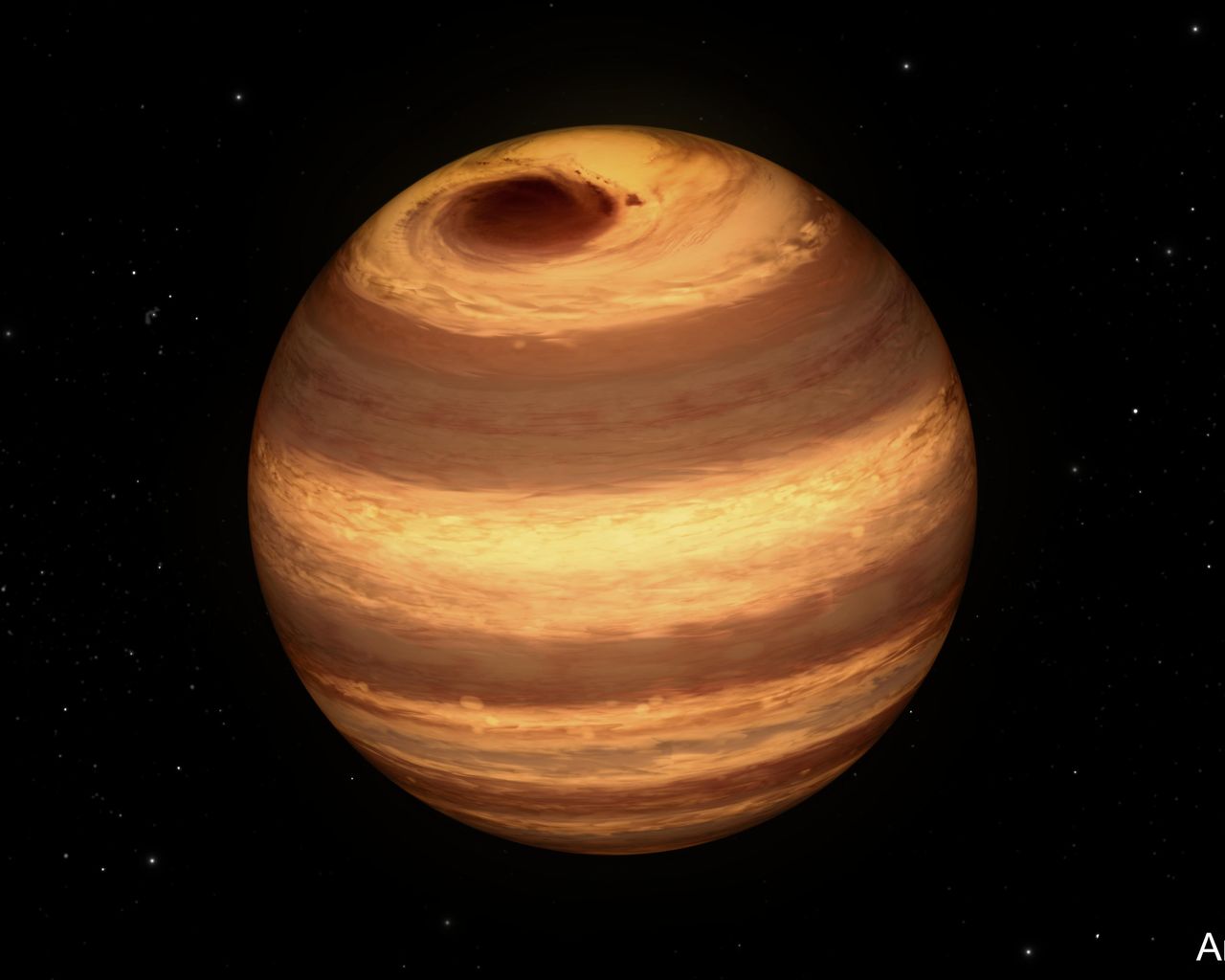 It's a relatively cold star, with surface temperatures reaching about 2 200 K (3 500 °F). Despite the numbers, the star is actually cold enough to be able to produce clouds in its atmosphere

Such a cloudy storm is usually a characteristic of planets, however, W1906+40 shows the stars are also capable of creating such features. The storm is estimated to be located near the north pole based on computer calculations. It's not visible through the telescopes, however the scientists have discovered its presence by observing the changes occurring in star's light over time. The storm travels around with the star, in a full lap every 9 hours and causes the light of particular infrared and visible wavelengths to dip in brightness.

The stormy feature persisted for at least two years, so far and astronomers aren't sure what could be causing it last so long.