​A large landslide triggered by heavy rains burried nearly 30 homes in China's Zhejiang Province on the evening of November 13, 2015. On Sunday, November 15, local authorities said the death toll has risen to 21, with 16 people still missing. Only one person has been rescued so far.

The landslide was reported at around 22:50 local time in Lidong village (population 1 550) of Yaxi Township in the outlying Liandu District of Lishui City, the city government said in a press release. 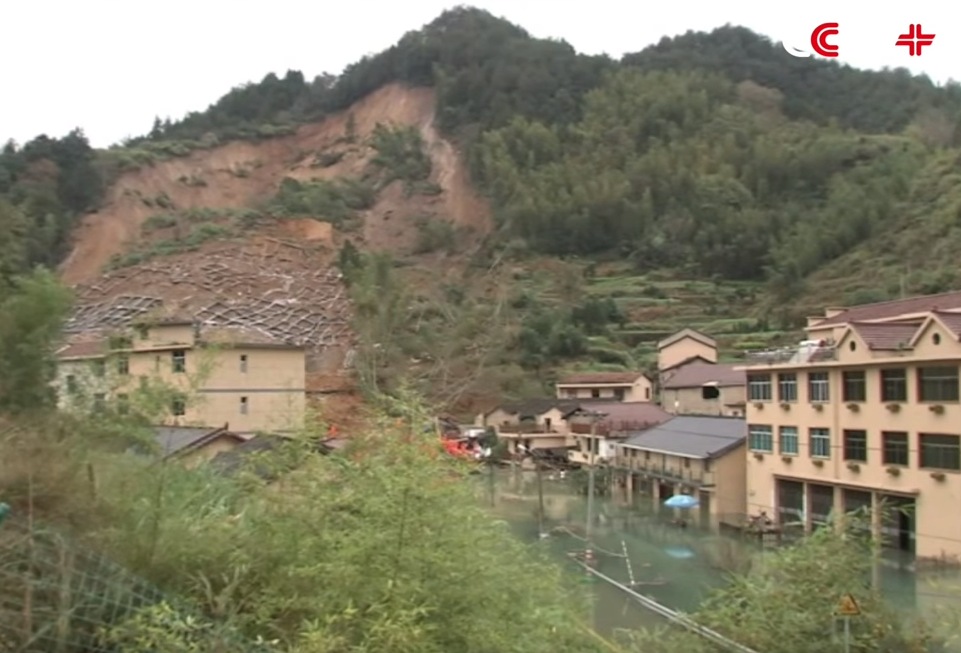 "More than 300 000 cubic metres of land collapsed, burying a total of 27 homes. Another 21 houses have been flooded," Yang Xiuqing, Liandu District Chief, said. "Over 300 people were evacuated from the area following the landslide."

Rescuers were digging by hand through the mud and rubble, leaving heavy machines at the side, in case any survivors are trapped in the dirt and rubble, footage aired by CCTV showed.