First image of Saturn's moon Enceladus has been received from the Cassini spacecraft, NASA reported on October 30, 2015.

NASA's Cassini spacecraft was scheduled to perform its deepest-ever dive through the icy plume of Saturn's moon Enceladus on October 28. The probe passed about 49 km (30 miles) above the moon's south polar region, and successfully completed the flyby as scheduled. The first raw, unprocessed image of the geologically active moon was published on October 30. 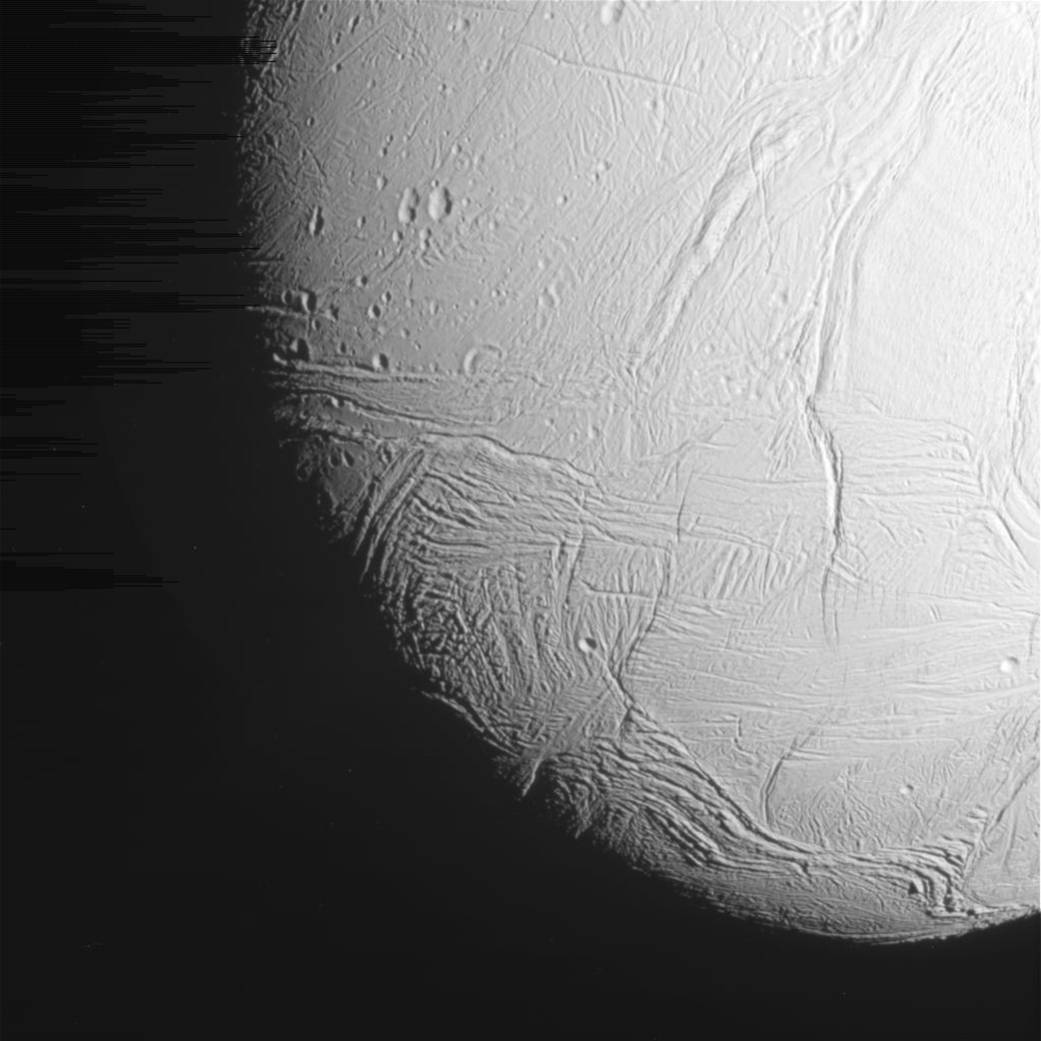 The spacecraft will continue transmitting the data from the encounter over the next couple of days. The next and final close flyby is scheduled for December 19, when Cassini is expected to measure the amount of heat coming from the moon's interior.

Researchers will soon begin their analysis of gathered data from Cassini's gas analyzer and dust detector instruments. The probe has directly sampled the moon's gas plume and dust-sized icy particles during the flyby.

The study will probably take a couple of weeks and will hopefully provide important insights about the composition of the global ocean beneath Enceladus' surface and the suspected hydrothermal activity of the ocean floor. The potential for such activity in this small ocean world has made Enceladus a prime target for future exploration in search of habitable environments in the solar system beyond Earth, according to NASA's scientist.