This region has 'Beta-Gamma-Delta' magnetic configuration and is capable of producing more strong to major eruption on the Sun. Its position makes it a perfect candidate for Earth-directed CME's in the days ahead.

At the time of press (11:09 UTC) there were no reports of radio signatures that would suggest a Coronal Mass Ejection (CME) was produced by this event. 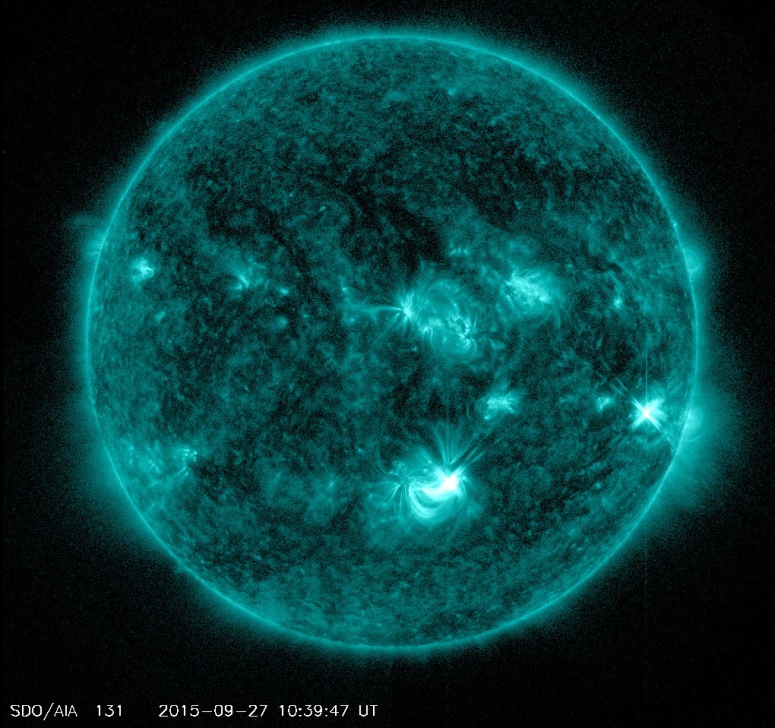 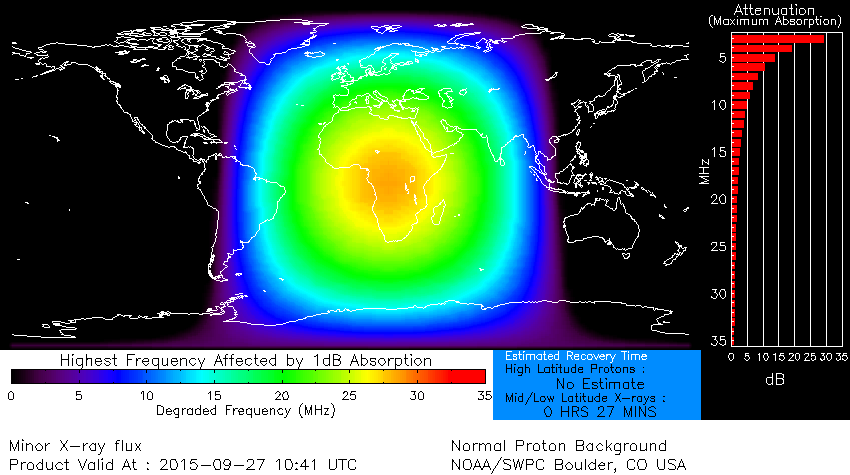 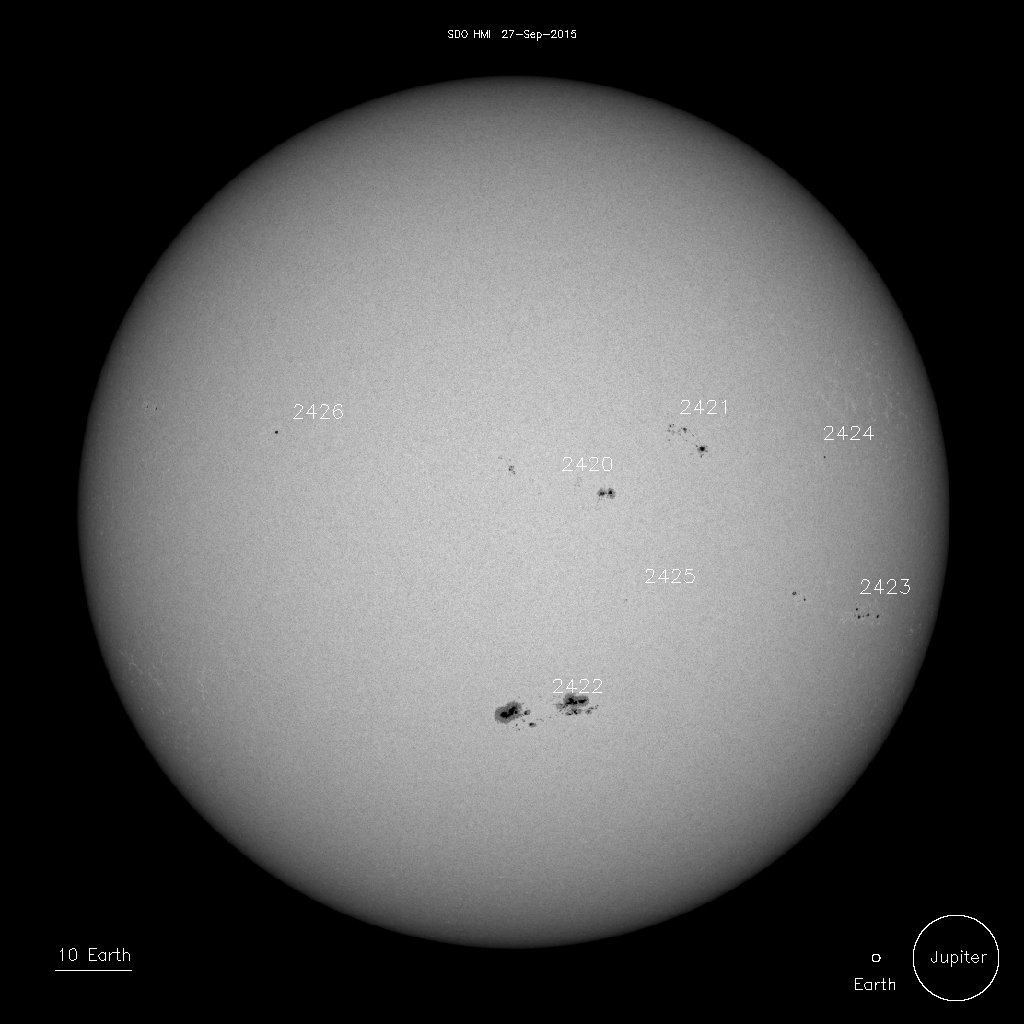 Region 2422 underwent consolidation and slight decay of a few of its intermediate spots late September 26. All other regions are relatively quiet and stable.

The geomagnetic field is currently at quiet levels.

Solar wind parameters are expected to be at nominal conditions from September 27 to 29.