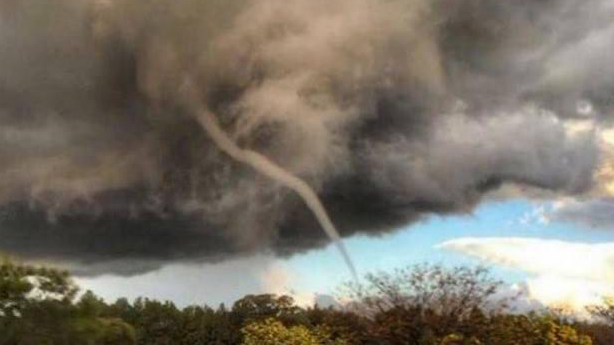 Heavy rainfall affected the state of New South Wales in southeastern Australia over the last couple of days, causing strong floods and infrastructural damage. About 300 people were evacuated from the south coast area, as of August 26, 2015, media reported.

A low pressure system, the so-called East Coast Low, that has developed off the southeastern coast of Australia, has brought heavy rains, hail and strong winds to the South Coast region of New South Wales, Australian Bureau of Meteorology (BOM) reported on August 25. 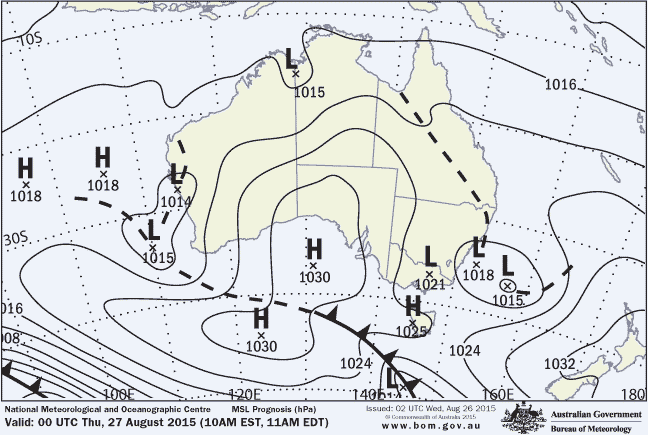 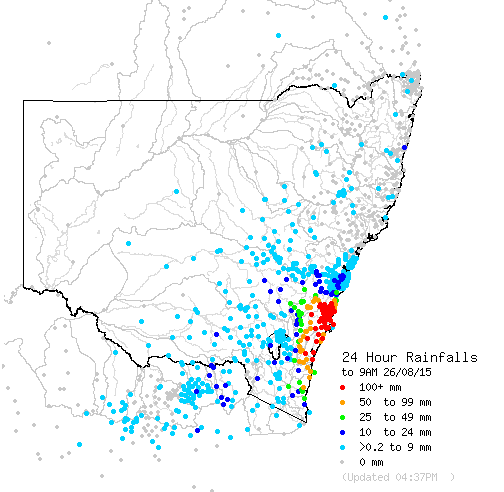 On August 24, a mini tornado swept through Dubbo and damaged several homes.

Flood warning for the Hawkesbury and Nepean, Shoalhaven, Lachlan Rivers and St Georges Basin remain active as of August 26: “At this stage, with Warragamba Dam, in Sydney, expected to spill overnight, minor flooding is likely along the Hawkesbury and Nepean Rivers, similar to flooding seen in March 2012,” Bureau of Meteorology Acting New South Wales Regional Director, Mr Stephen Lellyett stated.

300 evacuated from St Georges Basin and Sussex Inlet amid flooding on the southern coast of New South Wales,Australia pic.twitter.com/g8ggKsC2jj

300 people have been evacuated from St. Georges Basin and Sussex Inlet, and several houses were damages, as of August 26, media reported.

The State Emergency Service advises that people should keep clear of fallen power lines, creeks and storm drains, beware of fallen trees or debris on the road and don't drive, ride or walk through flood water.