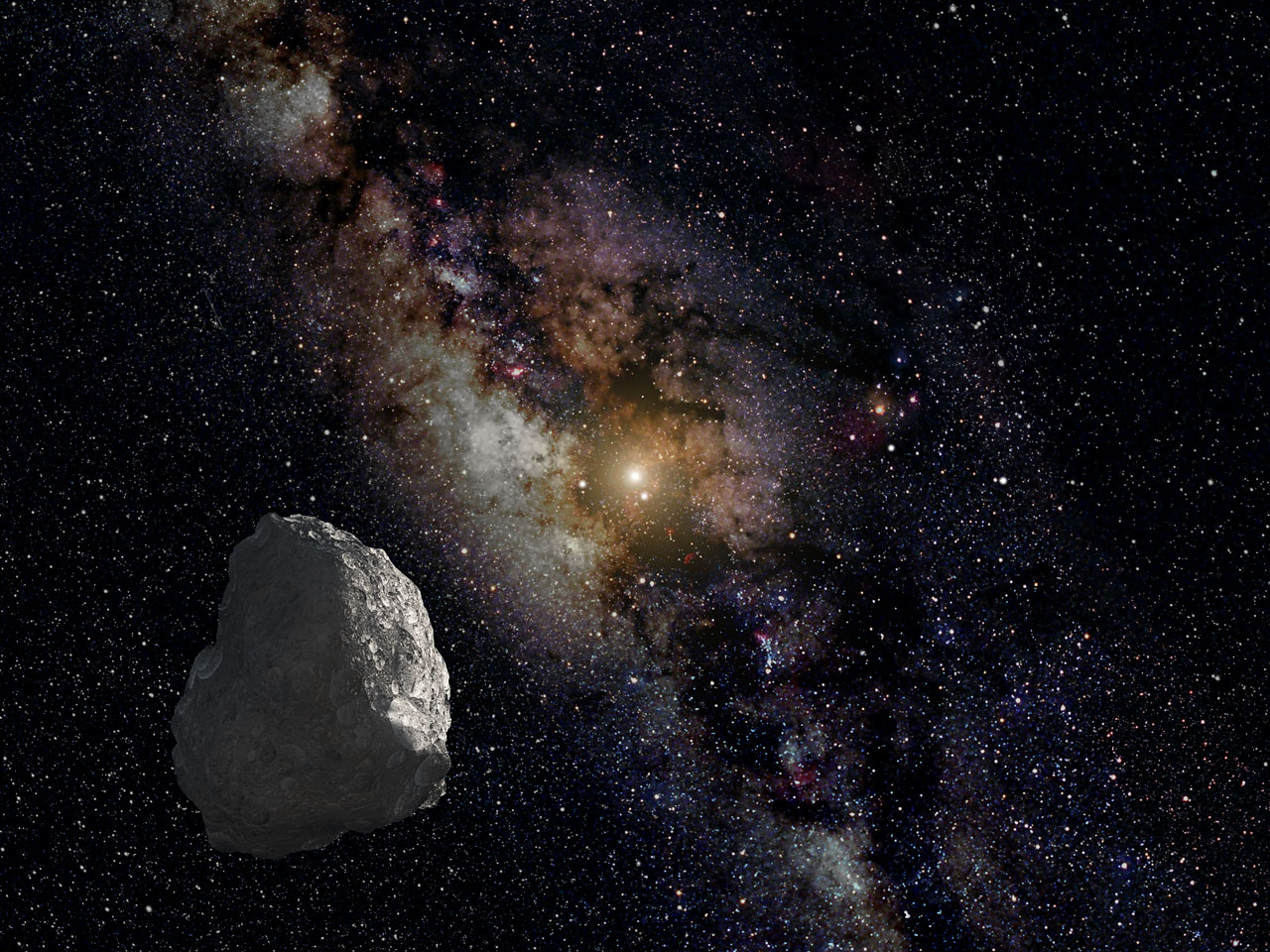 A new research, published on August 10, 2015, suggests a cluster of icy bodies located in the same areas as Pluto, might prove our early Solar System was inhabited by a fifth giant planet. During Neptune's migration, 4 billion years ago, the ice giant might have jumped into it's current orbit and scattered a cluster of it's satellites into the outer solar system, the Kuiper belt.

A cluster of about thousand icy rocks, the so-called "kernel" of the Kuiper belt, is an old mystery for astronomers. The rocks hover close to one another and never change it's moving direction from the same orbital plane as the planets, unlike other icy bodies that constitute the belt.

Previous research suggested the objects bound this way could have formed during a violent collision of bigger parent bodies. However, it turned out the collisional families would have to be stretched along the Kuiper belt, which proved the proposition invalid.

David Nesvorný, an astronomer at the Southwest Research Institute in Boulder, Colorado, used the computer simulation to investigate the "kernel" movement about 4 billion years ago, and he discovered the objects had been swept into Neptune's gravitational field, as the moved away from the Sun. According to the simulation results Neptune pulled bits of the primordial solar system along with it, as they rotated in tandem.

This type of abrupt orbit shift can take place if Neptune became caught in a gravitational hold of another giant object. Uranus, Saturn or Jupiter aren't considered as good candidates as their orbits are not known to have previously interacted with Neptune's in this way.

“The Kuiper belt is the clue. You see the structures there, and you try to figure out what kind of evolution would fit those structures,” Nesvorný explained.

"What Nesvorný's models are doing is being very self-consistent and getting multiple structures right at once, which is really quite amazing," said JJ Kavelaars of the Dominion Astrophysical Observatory in Victoria, Canada, who was not involved in the research in question.

Nesvorný explained another important step is to identify more objects in the Kuiper belt, especially in it's "kernel", which could help in conducting more precise comparisons that would improve the current model. The scientist hopes that observations to be conducted during the Outer Solar System Origins Survey (OSSOS) later this summer could help in filling out a few gaps.

"I'm very much looking forward to seeing what kind of observations they will have and how it fits the modeling," Nesvorný added.

Source: Science AAAS, The Abstract of the paper – The Astronomical Journal

Featured image: An artist's impression of a Kuiper Belt object (KBO), located on the outer rim of our Solar System at a distance of 6.5 billion kilometers from the Sun, October 16, 2014. Image credit: NASA, ESA, and G. Bacon (STScI)