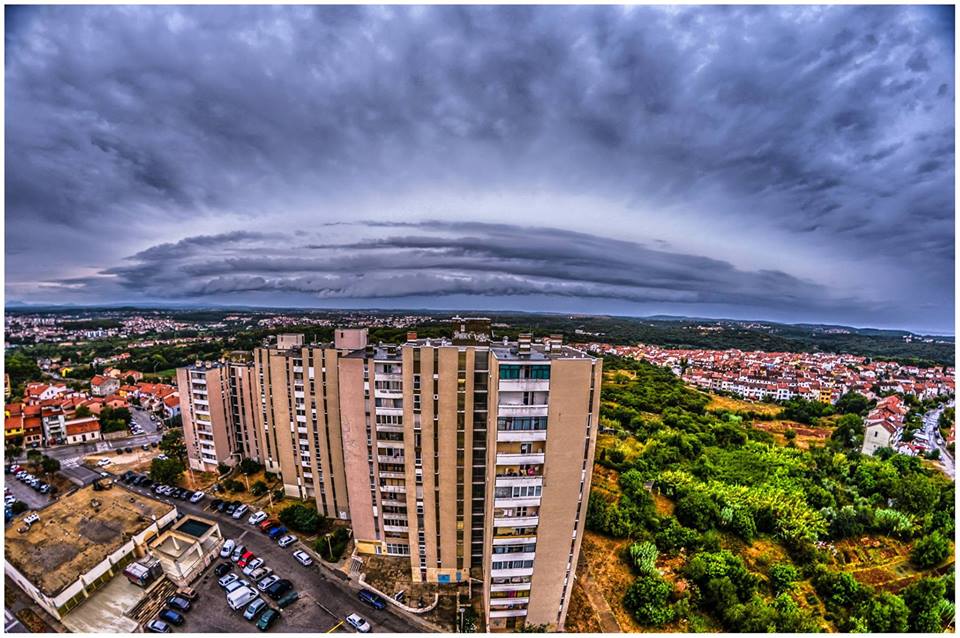 A front accompanied with the low pressure field, formed above the northern Italy, has brought a long expected change of weather and relief from persistent heat to majority of regions in Croatia. Severe and intense thunderstorms accompanied with strong rainfall and hail have swept most of the country on August 15 and August 16. 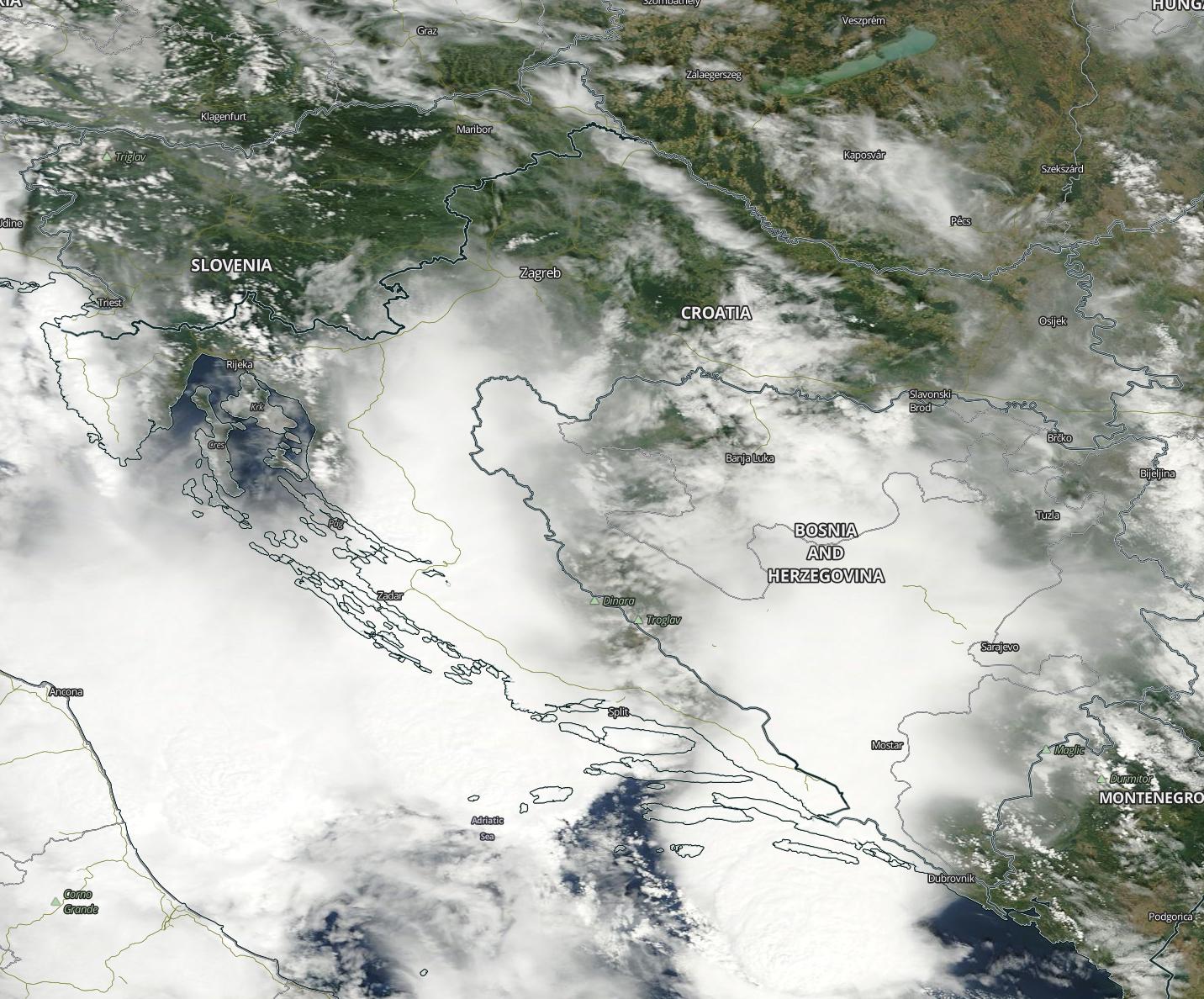 In northern Istria, a stroke of thunder triggered fires in St. Donat, Sovinjska Brda and in the vicinity of Labin. Luckily, the fires have been quickly extinguished. ​Strong wind across Vinica and Bednjan in the region of Varaždin uprooted several trees, on August 15. 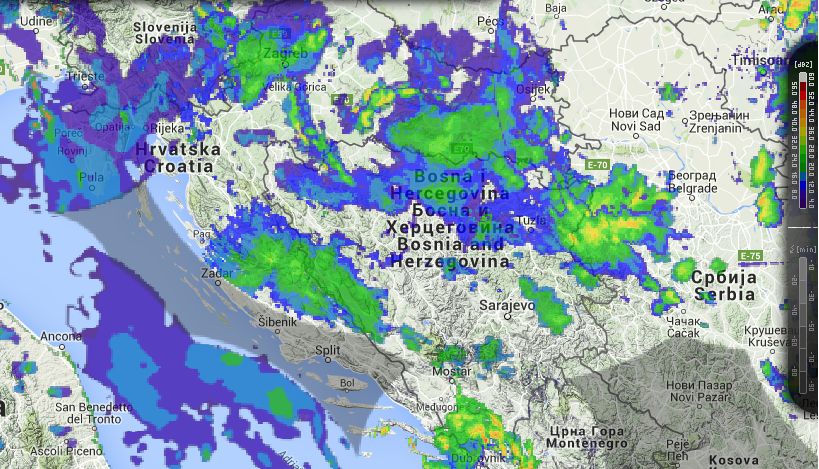 Around 12:00 UTC, August 15, a severe hailstorm, accompanied with intense lightning, hit Buzet region. 50 mm (2 inches) of rain was reported locally and a size of hail balls was estimated to 2.5 cm (1 inch). The storm completely devastated crop plants across the region. 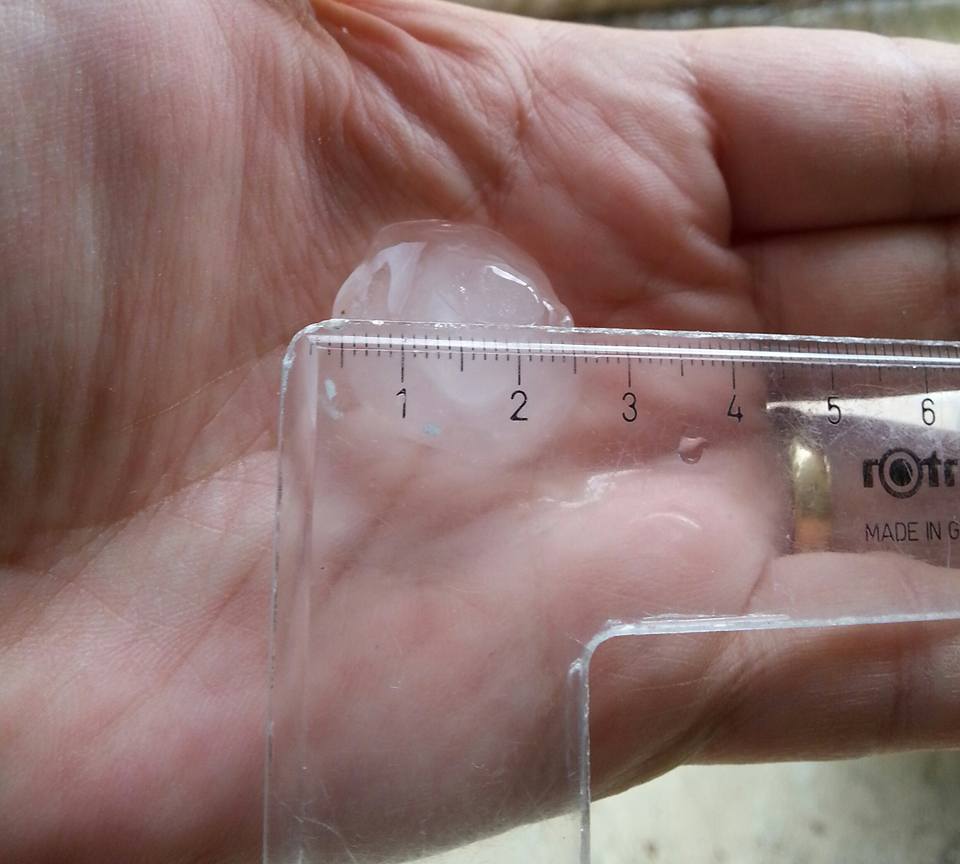 Despite the intense lightning activity along the coast of Adriatic Sea, on the night of August 15 until the morning of August 16, the amount of measured rain was insignificant. 20.1 mm (0.79 inches) of rain was measured in Ploce, 17.3 mm (0.68 inches) in Mali Losinj and 13.6 mm (0.54 inches) on Zadar airport, during the last 24 hours, in contrast to the continental Croatia, where about 54 liters (14 US gallons) of rainfall was reported.

Rainstorms accompanied with strong winds and lightning are forecasted to continue over the next 48 hours, according to the National Meteorological and Hydrological Service.