Torrential rains were affecting Niger, Africa since late July, United Nations reported on August 14, 2015. At least 4 people have been reported dead so far, and over 20 000 people have been affected by strong floods which devastated the central and southern parts of the country.

2 170 homes have been destroyed by the flood waters and about 545 hectares of agricultural crop lands have been inundated, according to the UN's Office for the coordination of Humanitarian Affairs (OCHA).

About 3 100 people who have been displaced by the floods, are currently residing in schools or with the host families, as 7 of 8 regions of Niger have been affected by severe weather conditions. 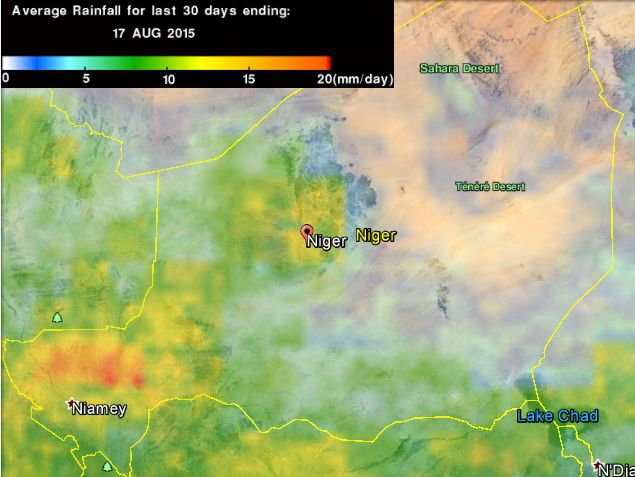 Unfortunately, the extreme weather conditions show no signs of improving, as heavy rainfall continues to sweep the sub-Saharan area, known for severe food crises in the past.

Residents of Niamey capital, that have lived along the coast of the Niger River had to evacuate their houses due to reported flood risk, as the measured water level was at 580 cm (19 feet), which is well above the alert level of 530 cm, the Niger Basin Authority (NBA) said.

The Niger River is the third largest river in Africa with a flood basin of more than 2 million km2 (770 000 square miles), and it's coasts inhabit over 100 million people in the region between Guinea to Nigeria.