The eye of Typhoon "Dolphin" passed through the Rota Channel between Guam and Rota shortly before 09:00 UTC on May 15, 2015.

It's rain-free, 40-km wide (25 miles) eye appeared almost exactly within the channel with the convective eye-wall over Guam and Rota simultaneously. 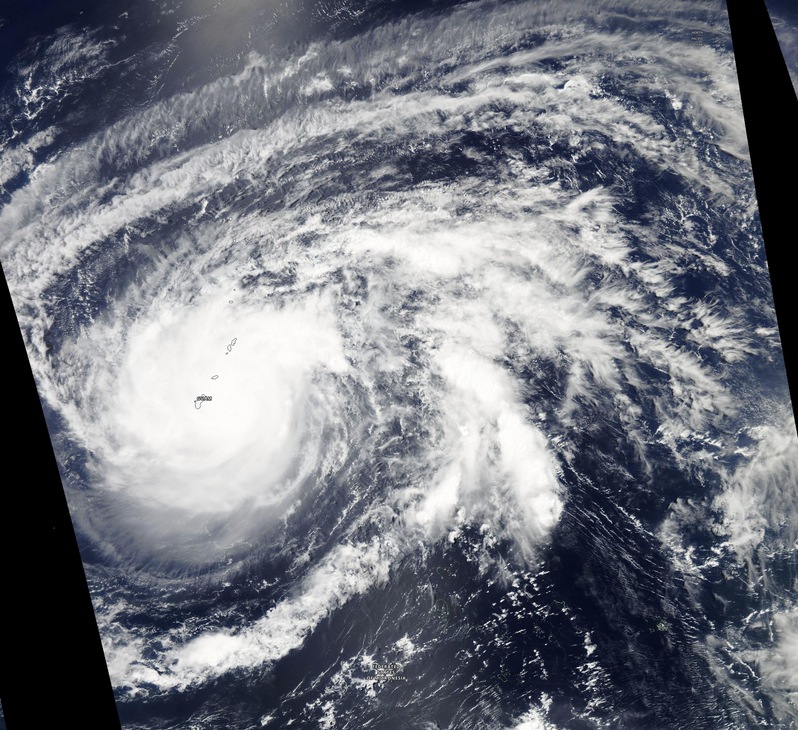 Seas have reached nearly 6.7 meters (22 feet) at the Ipan buoy, just east of Guam. The highest seas were likely blocked by the landmass of Guam.

Winds and seas will gradually decrease as Dolphin slowly moves away from the Marianas, the agency said. 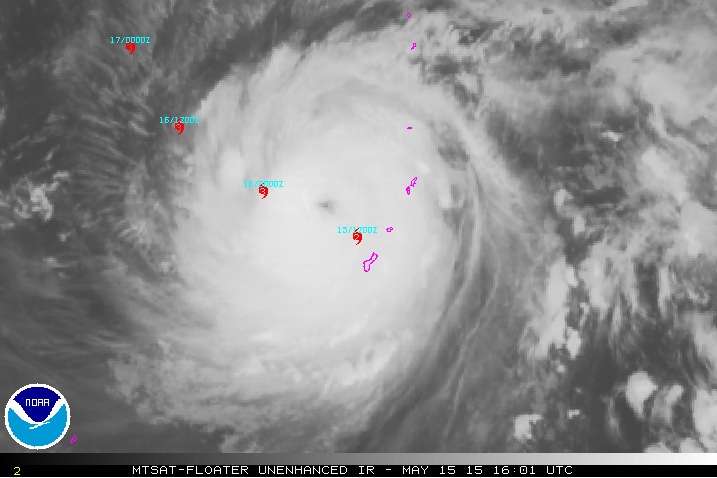 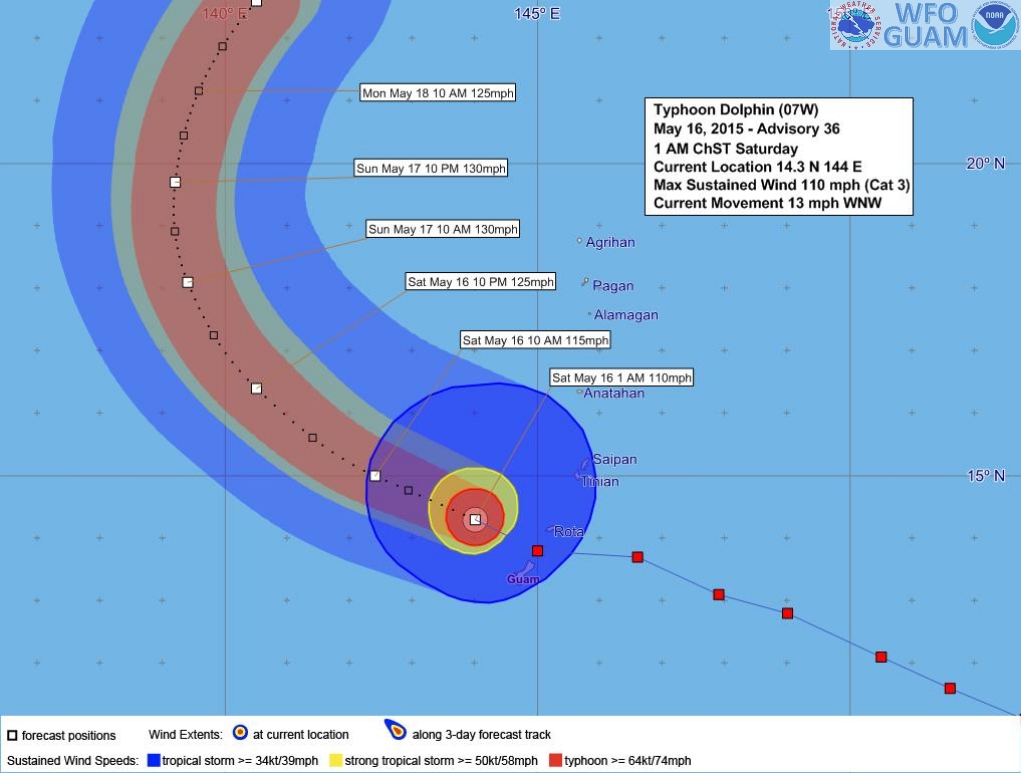 At the press time (16:31 UTC) there is no information about damage this typhoon caused. It is currently late night in Guam and Rota (02:31 local time, UTC+10) and first information is expected in the morning.

Typhoon "Dolphin" is expected to continue its WNW trajectory today and tomorrow.

Over the next 48 hours, environmental conditions will remain mostly favorable, leading to a slow intensification rate up to 212 km/h (132 mph). Its weakening trend is expected to begin after about 4 days (May 19).