The system is located near the coast of southwestern Madagascar, about 629 km (391 miles) WSW of the capital Antananarivo.

The system is moving faster than expected and environmental atmospheric conditions are rather favorable for intensification up to Sunday, but the vicinity of land may limit the intensification during the next 24 hours. 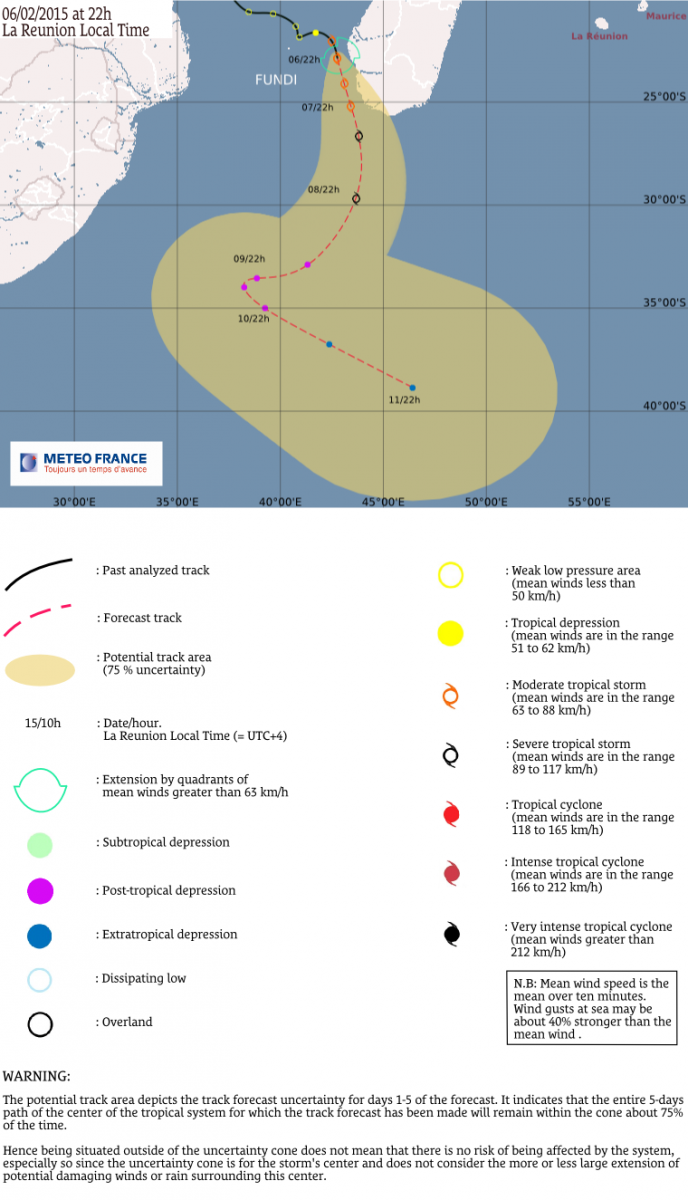 Fundi is bringing heavy rainfall over large portions of the southwestern part of Madagascar and this is expected to continue within the next 48 hours and spread southwards.

A main concern is the Fiherenena dyke protecting Toliara City, which was not fully repaired after it was damaged by Tropical Cyclone "Haruna" in 2013 (which killed 26 people and displaced 20 000). A joint response team will deploy to Toliara today to support any required response coordination, including search and rescue operations and assessments, UNOCHA said.

There are pre-positioned relief supplies available in Toliara, specifically food (for 15 150 people), temporary shelter (for 725 households) and kits to create child-friendly spaces for children in displacement sites (for 1 000 children). 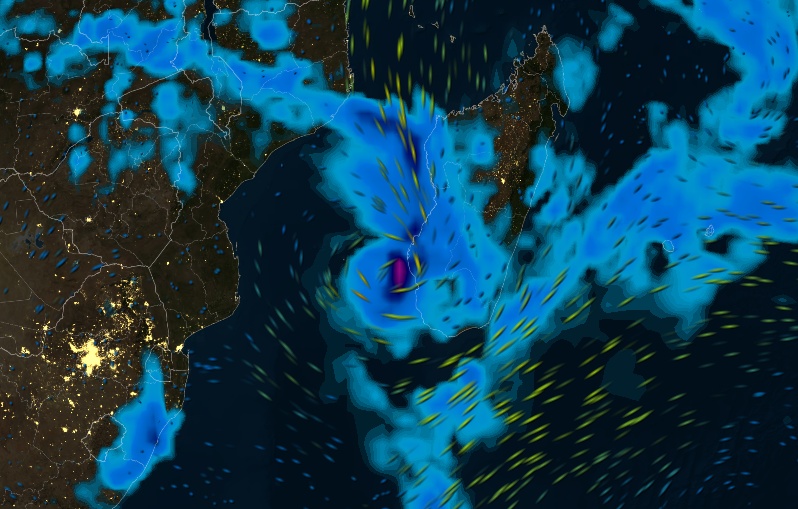 Heavy seasonal rainfall came few months later than usual and has been occurring frequently over southern Africa for weeks. Deadly flooding, reported to be the worst in 50 years, has affected 930 000 and displaced about 300 000 people in Mozambique, Malawi and the Madagascar. Some of the worst flooding was due to Tropical Cyclone "Chedza" that hit Madagascar in the middle of January 2015.

A space based real time rainfall analysis (3B42) from multi-satellite sources is shown below. This analysis of rainfall totals for the past month shows an area of extreme rainfall totals extending from Zimbabwe to Madagascar. Over 1200 mm (47 inches) was analyzed in the Mozambique Channel near Madagascar's west coast. 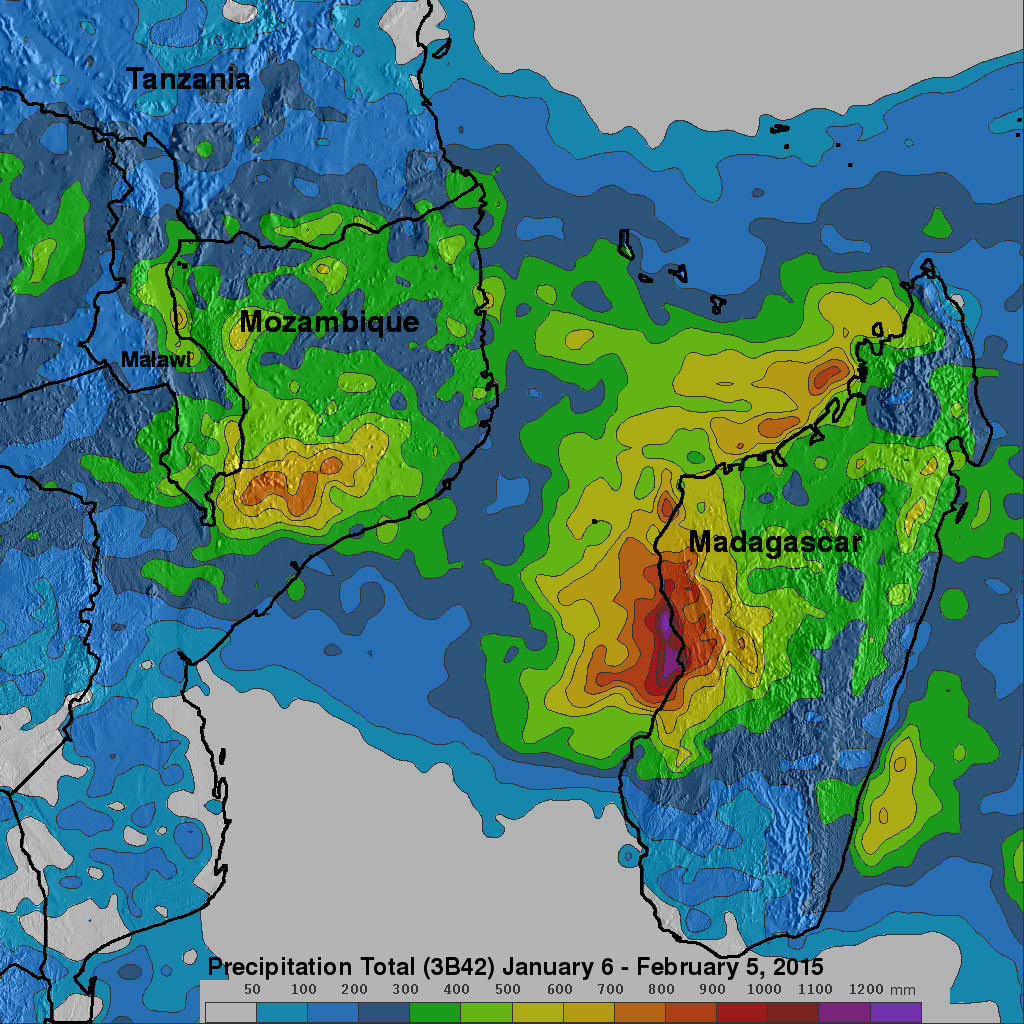 Normal to above-normal rainfall is predicted for the northern, eastern and central parts of the southern Africa for the remainder of the rainfall season (February to April 2015), including over the countries currently experiencing significant flooding (Malawi, Madagascar and Mozambique).

Significantly drier-than-normal conditions occurred over the western and southern parts of the region, and this trend is expected to continue with normal to below-normal rains predicted for most of Namibia, south-west Angola and Botswana, and the western half of South Africa, UNOCHA said.