After a few months late start to southern Africa monsoon season, Mozambique, Malawi, and Madagascar have all received above-average rainfall since early January. Some areas received weekly accumulations well over 100 millimeters causing water levels to increase along the Shire, Licungo, Zambezi, and Mazoe Rivers, and along tributaries.

Additionally, Tropical Storm "Chedza" caused severe floods in central and northern Madagascar on January 15.  With rainfall ongoing in some areas, there is still a risk of further flooding in the coming months.

FEWS NET article continues: "The flooding occurred during the peak lean season, a time when most rural households in the affected areas depend on market purchases for cereal. Given the damage to roads and food stocks, market access and market supplies have declined. While efforts are in place for the distribution of food assistance, access problems are impeding delivery. As a result of these critical shortages, households affected by the flooding in Malawi and Mozambique are currently experiencing Stressed (IPC Phase 2) acute food insecurity outcomes, and some of the hardest hit areas in southern Malawi are in Crisis (IPC Phase 3).

Apart from the destruction of infrastructure such as roads and health facilities, the floods destroyed crops and livestock. Preliminary estimates indicate that 25 000 hectares (ha) of cropped land have been impacted in Malawi and 65 000 ha (~5 percent of the total planted area) in Zambézia Province, Mozambique.

In Madagascar, about 9 900 ha of rice fields were flooded and an additional 7 900 ha of crops damaged. The floods are also likely to reduce demand for and access to wage labor opportunities.

Households in Malawi are expected to be worse off because some flood-affected populations were already facing acute food insecurity due to poor harvests in 2014 and because the ability to replant crops is more limited than in Mozambique, FEWS NET said.

In the short term, they estimate, more resources are needed to ensure that immediate live-saving activities related to shelter, food, water, protection, and logistics can be implemented, especially in Malawi, where only 21 percent of required funds have been secured. In addition, the damage to crops, while localized, will mean that the worst affected households are likely to require assistance throughout much of the 2015/16 consumption year. The size of the population requiring this longer term assistance may grow depending on whether additional cyclones or flooding occur in the coming months. 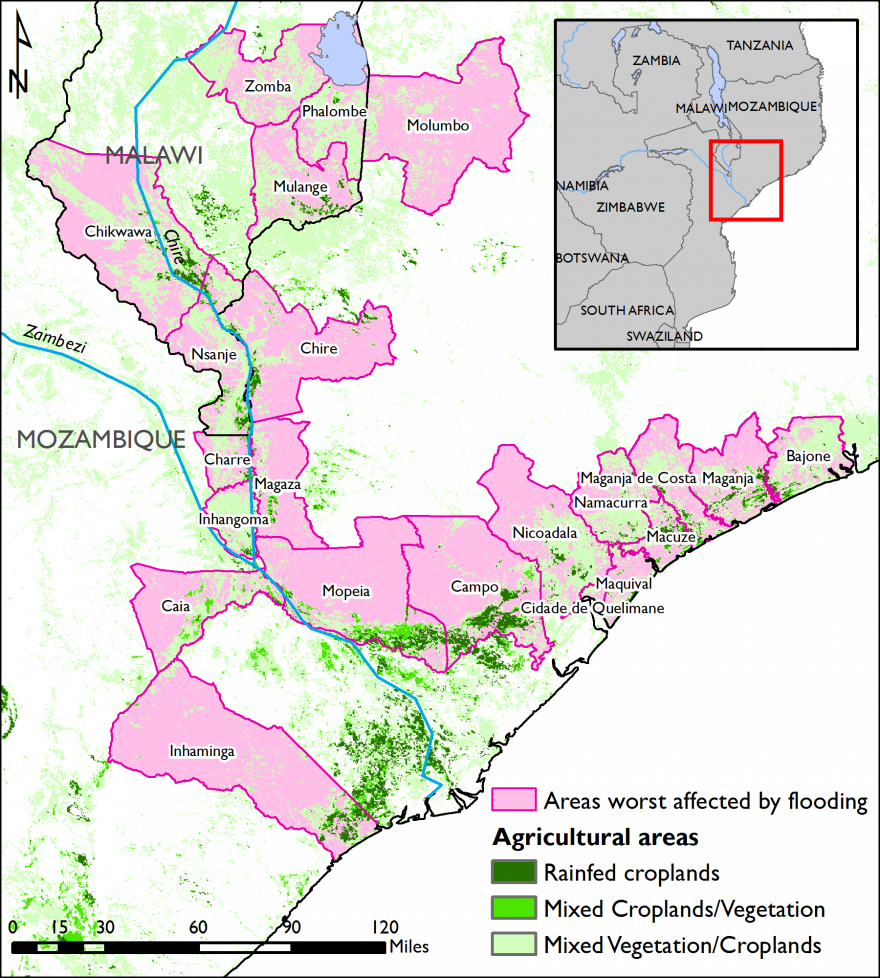